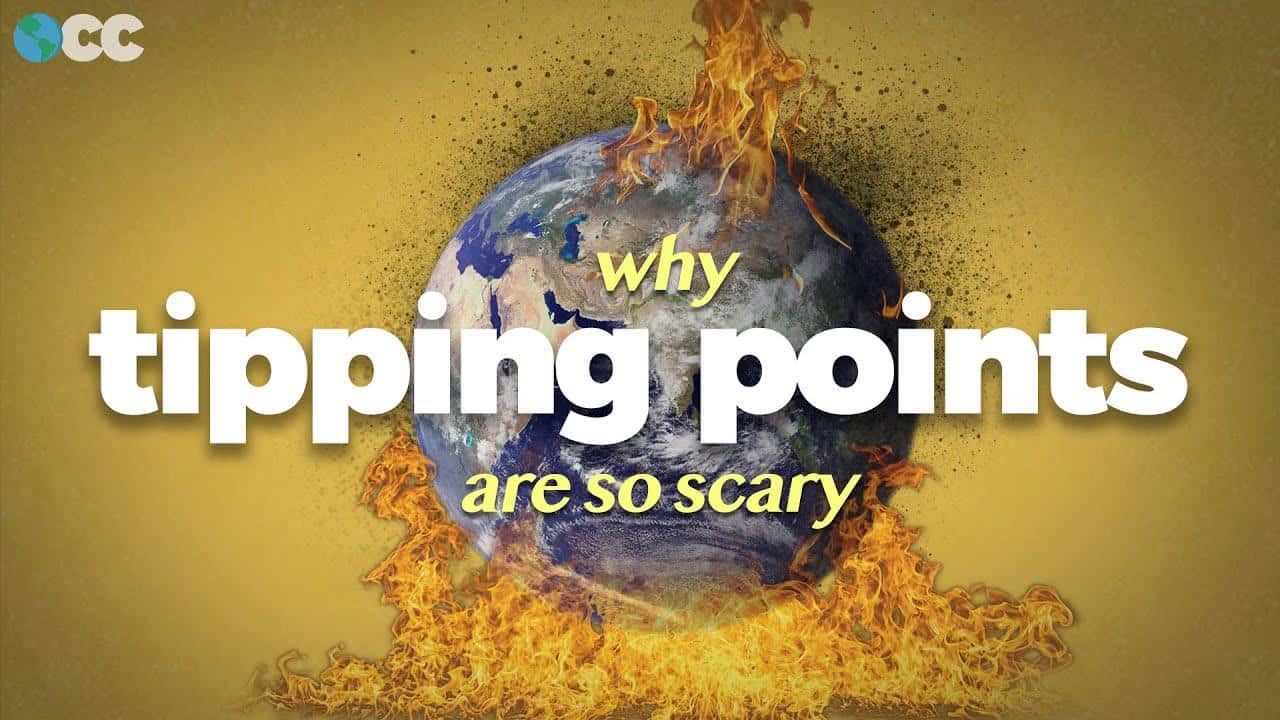 On August 9, the Intergovernmental Panel on Climate Change (IPCC) released the first part of its sixth assessment of the climate crisis. Years in the making, the report once again warned the world of our dire circumstances. Within the nearly 4000 page breakdown of the physical science driving climate chaos lies a particularly disturbing section. One that illuminates just what’s at stake if we continue on the path of unhindered extraction and emissions. This is the story of tipping points: what they are, when they will happen, and what actions we can take now to stop drastic domino effects in the future.

Imagine you’re playing Jenga. You and your friends are slowly taking apart the tower brick by brick until, suddenly, one of you pulls out a wooden block and the whole tower collapses. This is a tipping point in a nutshell. As our global capitalist system pulls more and more wooden blocks, which on the global scale represent carbon emissions or deforestation, the physical states of ocean currents, glaciers, and whole forests become unstable. So with one small push or the removal of one more block, whole glacial or rainforest systems can cascade into a different state, often with no ability to return back to normal. The climate crisis is now driving us headlong past these precipices. Carbon Brief, the award-winning science explainer website, identified nine of the biggest possible tipping points around the world, that if triggered, could create “abrupt and irreversible change.” These tipping points look like everything from irreversible coral reef die-offs, to catastrophic shifts in West African and Indian monsoons, or even the collapse of the Atlantic Meridional Overturning Circulation which includes the Gulf Stream. In short, once these systems have barrelled past their tipping points, there’s very little chance of reverting back to the environments humanity has grown accustomed to. With this in mind let’s take a look at two of the most consequential tipping points we face in the coming decades of the climate crisis.

To learn more about climate tipping points, check out the video above!