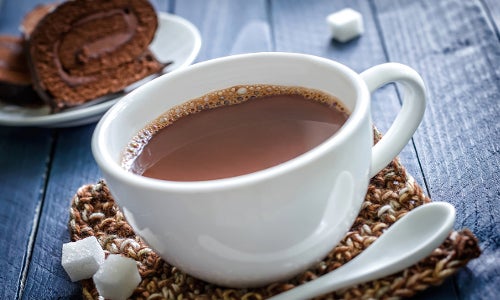 There’s nothing better on a cold winter evening that a steaming cup of hot cocoa. It’s one of those things that could actually make you look forward to winter. It tastes wonderful, warms your belly and enhances your sense of well-being, of course. But cocoa also has some health and nutritional benefits you might not be aware of—and that could eliminate any guilt you might feel about indulging. 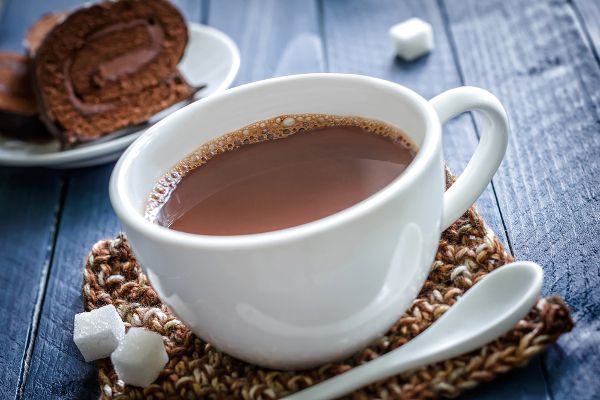 Just looking at a steamy cup of cocoa can make you feel better.

Cocoa originated from a plant found in Central and South America and was considered a sacred drink by the Incas. Once explorers arrived in the Americas, it was exported to Europe and beyond. Initially considered a luxury available only to the wealthy, now we can all take advantage of this food which contains hundreds of nutrient chemical compounds.

Many of those compounds are antioxidants, widely believed to stem the aging  process and slow down the development of chronic diseases of aging, possibly even cancers. Cocoa is packed with antioxidant polyphenols—also found in red wine and tea. But cocoa has one of the highest polyphenol contents. That could be good for your cardiovascular health. Those polyphenols could help reduce cholesterol, as well as blood platelet clumping which could lead to hardening of the arteries, a precursor of heart attacks. They may also help lower blood pressure, which reduces the risk of stroke.

“Although still debated, a range of potential mechanisms through which cocoa might exert its benefits on cardiovascular health have been proposed, including activation of nitric oxide and antioxidant and anti-inflammatory effects,” says a study published in the journal Contemporary Reviews in Cardiovascular Medicine. It cited a number of studies, including one that found “cocoa intake was inversely related to blood pressure, and was associated with a reduction of cardiovascular and all-cause mortality.”

Another study suggested that cocoa’s copious flavanols may also be helpful in staving off the cognitive decline that sometimes comes with age. The study by Italian researchers, published in the American Journal of Clinic Nutrition, found improvements in verbal fluency in a group of older people who consumed a high or intermediate amount of cocoa. There’s mounting evidence that they may help slow or even reverse memory decline.

There’s also evidence that cocoa can be good for your mental health too. You may have heard that chocolate is a mood elevator, and not just because it’s tasty. There’s evidence that it is an anti-depressant, boosting the production of chemicals in the brain like serotonin that have been found to lift the sense of gloom that winter can induce.

But to get these benefits, avoid those cheap instant cocoa mixes. They’re over-sweetened and over-processed, with most of the healthy compounds have been removed and too much sugar added. Look for a high-quality dark cocoa instead with just enough sweetener that it’s not too bitter to drink. Happy drinking!

Why Is Dark Chocolate Healthy?