Coca-Cola Introduces New 100% Recycled Bottle in U.S., But Is It Enough? 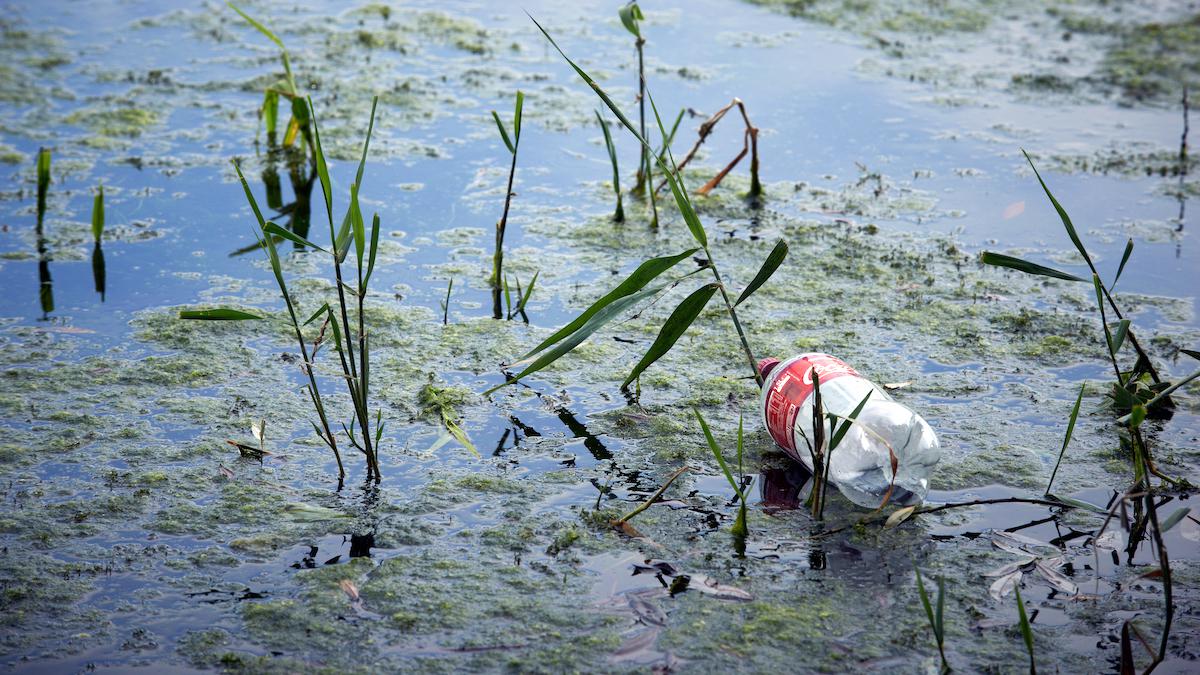 In December 2020, a report found Coca-Cola was the top corporate plastic polluter for the third year in a row, meaning its products were found clogging the most places with the largest amounts of plastic pollution.

The company seems to be aiming to clean up its act somewhat this year with the introduction of a 13.2-ounce bottle made with 100-percent recycled PET (rPET) plastic. The company announced the new bottle’s debut in select U.S. states this February, but environmental organizations said the move was too little, too late.

“In 1990, Coca-Cola and Pepsi announced plans to sell their products in recycled plastic bottles. The Washington Post quoted Greenpeace as ‘unimpressed’ at the time, urging the companies to eliminate single-use plastics altogether,” Greenpeace USA senior plastics campaigner Kate Melge said in a statement emailed to EcoWatch. “Thirty one years later, companies should not still be boasting about transitioning to recycled content. We remain unimpressed.”

The new bottles are the first ever made with 100 percent rPET plastic in the U.S., the company said. They will launch with its Coke-label beverages and Sprite in California, Florida and certain Northeast states this month and spread to other sparkling drinks in the summer.

In addition to the smaller 13.2-ounce bottles, the company will also launch a traditional 20-ounce 100 percent rPET bottle for Coke brands in California, Texas and New York this month. It’s bottled water brand, DASANI, will follow with a 20-ounce rPET bottle in the same three states in March, while Smartwater will launch 20-ounce rPET bottles in New York and California in July. The company will shift all Sprite packaging to clear material, which is easier to recycle, by the end of 2022.

All together, the company said these measures would reduce its use of new plastic in North America by 20 percent compared to 2018 levels. They would also eliminate 10,000 metric tons of greenhouse gas emissions in the U.S. every year, the equivalent of taking 2,120 cars off the road for a year.

“Challenges around plastic packaging waste and recycling continue to be top of mind for our consumers, customers and our system,” Alpa Sutaria, the vice president and general manager for sustainability at Coca-Cola’s North America Operating Unit, said in the company announcement. “Introducing 100% recycled PET bottles is a big proof point of how recycling can help create a circular economy.”

The U.S. announcement comes little more than a year after Coca-Cola said outright it would not move away from plastic altogether. The company’s head of sustainability Bea Perez told reporters at the World Economic Forum in Davos that customers valued the plastic bottles for their light weight and easy resealability.

“Business won’t be in business if we don’t accommodate consumers,” Perez said at the time.

Coca-Cola has an overall goal of making 100 percent of its packaging recyclable by 2025, making its bottles with 50 percent recycled material by 2030 and collecting and recycling the equivalent of a bottle or can for every beverage it sells by the same date. Currently, it offers 100 percent rPET bottles in more than 25 markets, and more than 94 percent of its North American packaging is recyclable.

However, environmental organizations have argued that more recycling is not the solution to the plastic pollution crisis. For one thing, less than 10 percent of the plastic used in the U.S. is actually recycled, according to the U.S. Environmental Protection Agency. And more than half of that is sent abroad, often to poorer countries that struggle to manage it effectively, a 2020 study based on 2016 data found. Further, a recent investigative series from NPR and PBS’s Frontline revealed that oil and gas companies had known since the 1970s that plastic recycling was not possible at scale, but continued to promote it in order to sidestep criticism of their products.

“Selling recycling sold plastic, even if it wasn’t true,” a former plastic executive told NPR, as EcoWatch reported at the time.

This history has made campaigners skeptical of corporate recycling pushes.

“Since the 1970s, these consumer goods giants have joined with the fossil fuel industry to use recycling as justification to continue relying on polluting plastics,” Melges said. “And the climate crisis has gotten worse, our oceans have grown more polluted, and the health of communities worldwide has deteriorated thanks to this profit model that puts the fossil fuel and petrochemical industries before everything else. If Coke wants to make real news, it should announce that it is finally ending its reliance on plastics altogether.”