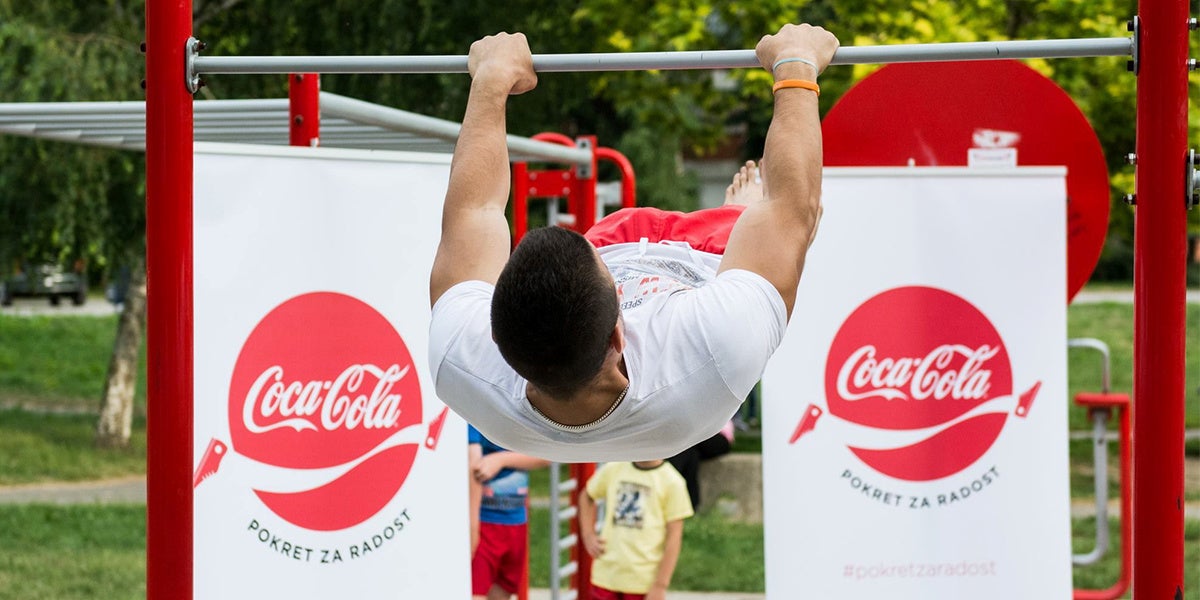 Coca-Cola intentionally funded the Global Energy Balance Network (GEBN) as a “weapon” in a “growing war between the public health community and private industry” on the causes of obesity, according to a press release sent to EcoWatch by consumer group U.S. Right to Know.

The quotes come from documents obtained in a Freedom of Information Request filed by U.S. Right to Know that formed the basis for a study published Wednesday in the Journal of Epidemiology and Community Health. The study’s authors focused on the documents because they definitively proved that Coca-Cola funded the GEBN with the intention of influencing public health debate in their favor.

“[C]onclusions about the intentions of food and beverage companies in funding scientific organisations have been prevented by limited access to industry’s internal documents,” the abstract said. The revealed documents therefore allowed the study’s authors to draw those conclusions.

The documents further revealed that Coca-Cola intended the GEBN to appear as an “honest broker” in the national conversation on obesity, but that it’s actual purpose was to “promote practices that are effective in terms of both policy and profit,” the abstract said.

The GEBN was a non-profit dedicated to promoting the idea that exercise, not calorie counting, was the key to weight-loss and health. It was presided over by scientists from the University of Colorado, the University of South Carolina and West Virginia University. The group imploded after a series of events initiated when The New York Times reported in August 2015 that it was funded by Coca-Cola. Then, in November of that year, The Associated Press obtained emails showing that the soft-drink company had played a major role in shaping the group’s mission and branding, even instructing it not to use blue in its logo, to avoid associations with Pepsi, CBS reported. The group disbanded a week later.

When the scandal broke, Coca-Cola CEO Muhtar Kent told the Associated Press, “[I]t has become clear to us that there was not a sufficient level of transparency with regard to the company’s involvement with the Global Energy Balance Network. Clearly, we have more work to do to reflect the values of this great company in all that we do.”

The newly-released documents, however, suggest that transparency was never the goal, and that the shadiness of the GEBN’s funding reflected the company’s values rather accurately.

Even though Coca-Cola has tried to buy scientific weight for its claims that exercise is more important for combating obesity than diet, the scientific consensus actually runs the other way, The Times reported in the article revealing the source of the GEBN’s funding. According to the Harvard T.H. Chan School of Public Health, drinking sugary drinks regularly increases the risk of type 2 diabetes, gout, heart disease, and obesity.

The authors of the Journal of Epidemiology and Community Health study expressed concern that Coca-Cola is borrowing tactics from another industry attempting to sell unhealthy products.

“Coca-Cola’s proposal for establishing the GEBN corroborates concerns about food and beverage corporations’ involvement in scientific organisations and their similarities with Big Tobacco,” the abstract said.

Just because the GEBN disbanded doesn’t mean Coca-Cola has stopped trying to influence public policy. In February, U.S. Right to Know sued the Center for Disease Control (CDC) for documents about its relationship to the soft-drink giant. Former CDC chief Dr. Brenda Fitzgerald, who resigned in January after it was revealed she’d bought shares in a tobacco company, also had ties to Coca-Cola. As Georgia Public Health Commissioner she had co-run with the company an anti-obesity program called Georgia SHAPE that promotes exercise but doesn’t mention diet, U.S. Right to Know reported.