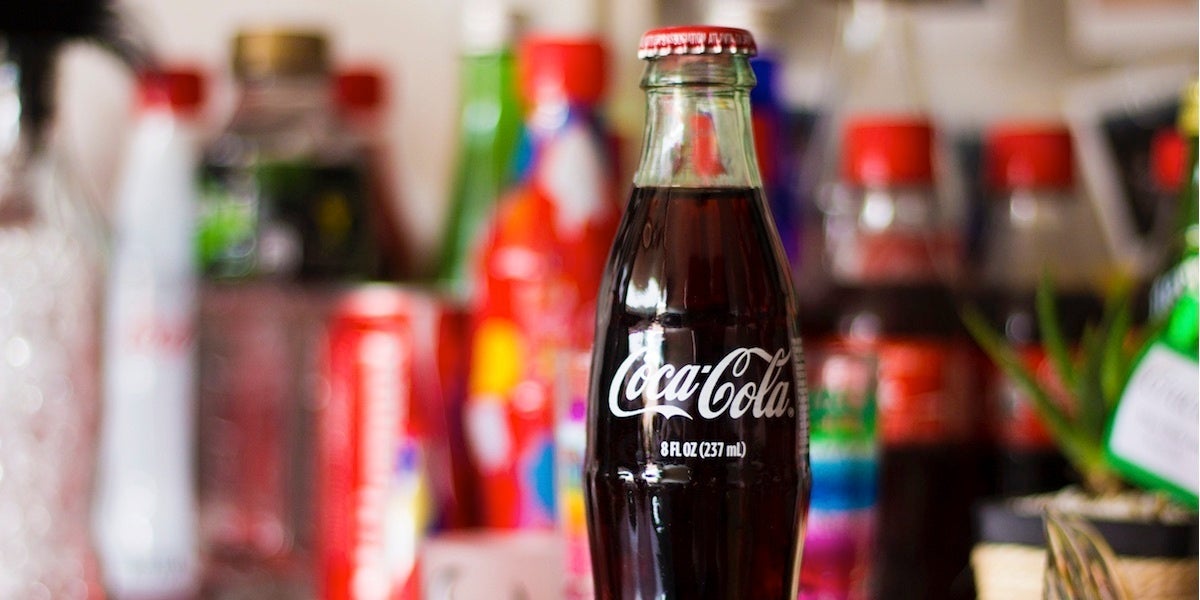 Coke announced its interest after a report from Canada’s BNN Bloomberg said the soda giant was in “serious talks” with Edmonton-based Aurora Cannabis, a medical marijuana producer and distributor, to develop drinks infused with cannabidiol, or CBD.

CBD, a cannabis extract that does not have the psychoactive elements of marijuana, is used to treat a variety of medical conditions and ailments.

The oil has boomed in popularity as a growing number of states and countries, including Canada, legalize sales of cannabis products for recreational use. The CBD market is forecast to grow to $2.1 billion by 2020, a dramatic increase from last year’s market value of $202 million, according to Hemp Business Journal. Canadians can legally buy and consume cannabis starting this Oct. 17.

Coca-Cola and Aurora would likely develop drinks to ease inflammation, pain and cramping, the BNN report said. The beverages would be unlike the cannabis-infused drinks that beer makers are planning to produce that would likely give drinkers the same buzz from inhaling marijuana.

Coca-Cola, the world’s largest beverage company, could be the next industry giant to jump into the cannabis drinks business https://t.co/VH5gBJjnu5 pic.twitter.com/qc4zzDw20r

Coke is diversifying its product portfolio, with recent investments in the sparkling water category and coffee. Demand for sugary sodas has declined year upon year over the last decade as consumers become more health conscious.

In response to the BNN report, Coca-Cola said it has “no interest in marijuana or cannabis.”

“Along with many others in the beverage industry, we are closely watching the growth of non-psychoactive CBD as an ingredient in functional wellness beverages around the world,” the company added. “The space is evolving quickly. No decisions have been made at this time.”