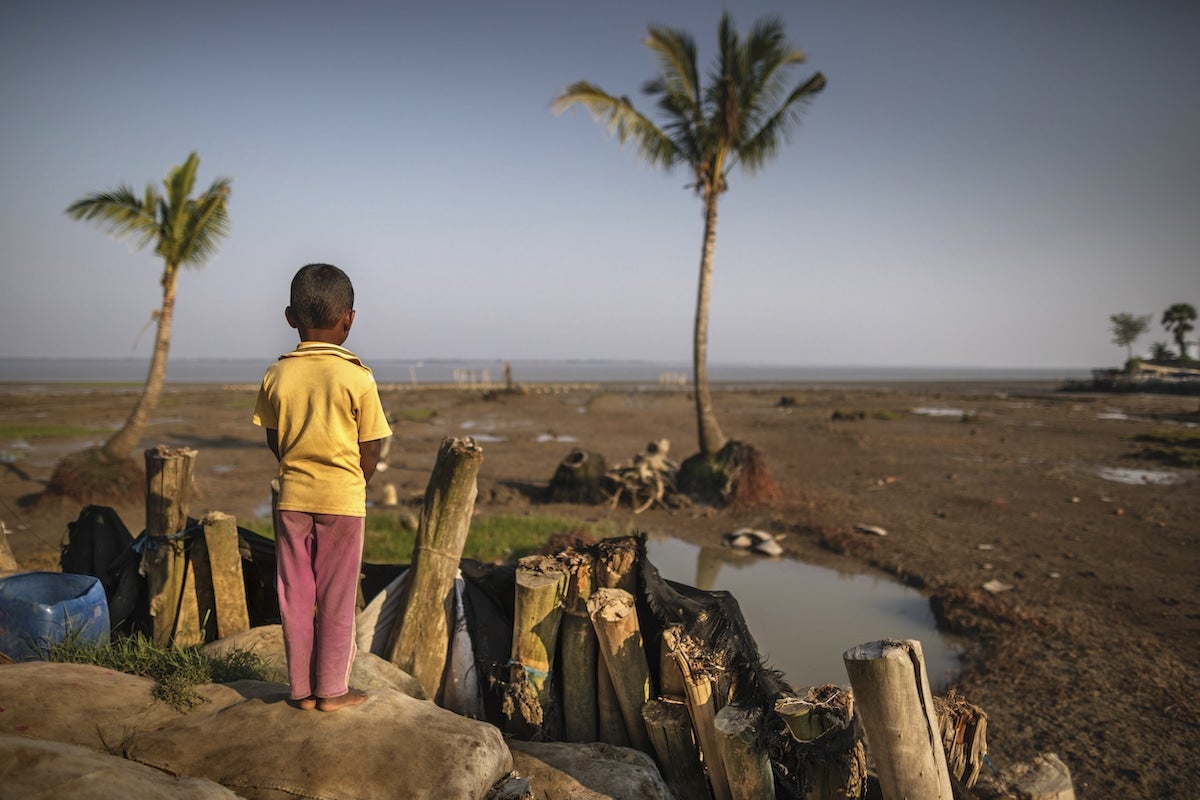 The world’s largest mangrove forest — the Sundarbans in West Bengal, India — has had one of the world's fastest coastal erosion rates over the past two decades. Jonas Gratzer / LightRocket via Getty Images

Yet in the past two decades, Earth has lost 4,000 square kilometers (approximately 1,544 square miles) of tidal flats, tidal marshes and mangroves, a new study published in Science Thursday found. That’s a loss around the size of Mallorca, Spain or Goa, India, Carbon Brief pointed out.

“Wetlands are among the only ecosystems on the planet that are effectively going to sequester carbon in perpetuity – and, unlike freshwater wetlands, they don’t emit methane,” study co-author and University of Cambridge marine scientist Dr. Mark Spalding told Carbon Brief. “They also protect us from storms, can grow vertically to track rising seas and generate vast volumes of fish.”

Despite their importance, however, not much was known about how they were changing or why, study leader and senior lecturer and head of James Cook University’s Global Ecology Lab Dr. Nicholas Murray told The Nature Conservancy.

“We wanted to address that, so we developed a machine-learning analysis of vast archives of historical satellite images to detect the extent, timing and type of change across the world’s tidal wetlands between 1999 and 2019,” Murray said.

The study was the first to consider the three main coastal wetland habitat types: tidal flats, which are shallow, muddy areas covered at high tide; tidal marshes, which are frequently flooded regions of coastal vegetation; and mangroves, which are coastal forests, according to Carbon Brief.

Asia was the region that saw the greatest wetland loss over the study period, accounting for around three-fourths of the decrease, according to The Nature Conservancy, and nearly 70 percent of Asia’s loss was in China, Myanmar and Indonesia.

“Asia is the global centre of tidal wetland loss from direct human activities,” Murray said. “These activities had a lesser role in the losses of tidal wetlands in Europe, Africa, the Americas and Oceania, where coastal wetland dynamics were driven by indirect factors such as wetland migration, coastal modifications and catchment change.”

The study authors hope the research can help them protect wetlands the best way possible.