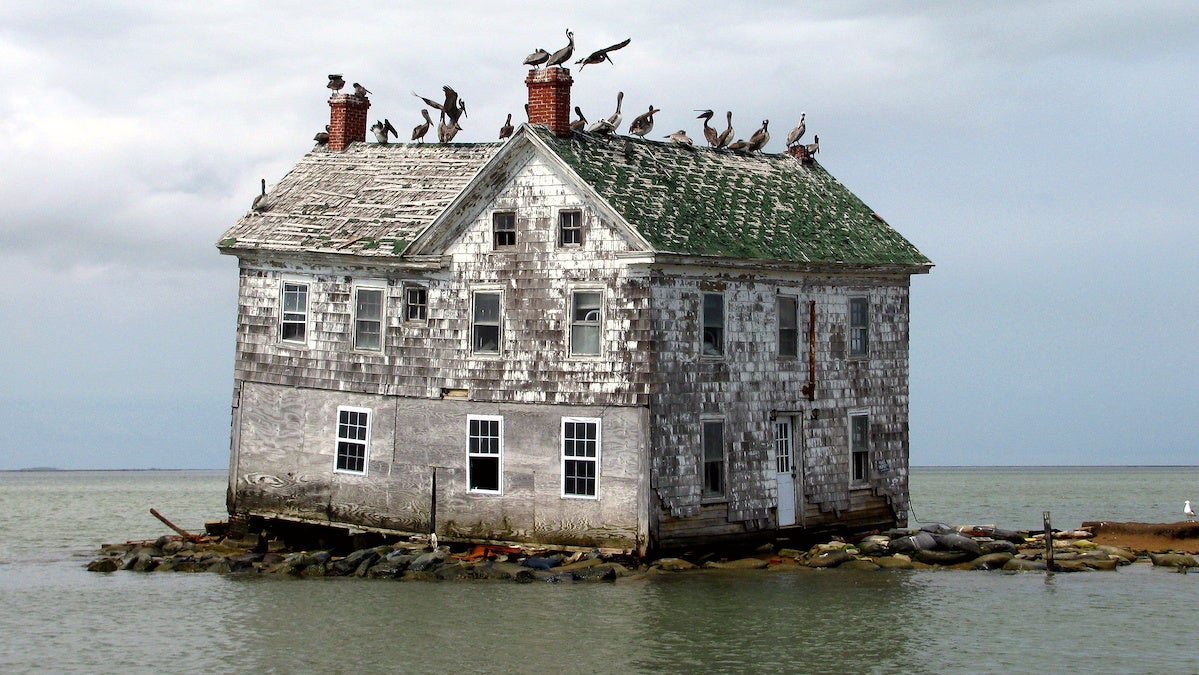 The last house to endure rising sea levels on Holland Island in the Chesapeake Bay off the coast of Maryland on May 23, 2010. The house collapsed in October 2010. baldeaglebluff / Flickr

“We are attempting to understand the magnitude of the global scale impacts of future coastal flooding,” Ian Young, a professor at the University of Melbourne and an author of the study, told CNBC.

“Globally we need to understand that changes of this nature will occur by 2100 and we need to plan how we are going to respond,” he said.

The study, published in Scientific Reports, found that the economic damage from those storms and from periodic flooding may cost over trillion and threaten 20 percent of global gross domestic product, according to CNN.

“This is on a ‘business as usual’ CO2 emissions scenario,” said Ebru Kirezci from the University of Melbourne, who led the study, as CNN reported. “Business as usual” assumes a rise in average global temperatures at the upper end of predictions, if global emissions are allowed to continue on their current course.

The study pinpointed exact hotspots around the world most vulnerable to coastal flooding, as well as the potential economic impact on infrastructure and activity in those areas. As Fortune noted, the study also maps out in great detail the impact of episodic flooding caused by strengthening storm events and tides. Those events are predicted to be more damaging than the threat of slowly rising seas and will cause roughly 69 percent of coastal flooding by 2100.

Some of the regions that are particularly at risk, according to the study, are the following:

The authors also predict that the global population exposed to coastal flooding could be up to 287 million by 2100, which is 4.1 percent of the world’s population, as USA TODAY reported.

“What the data and our model is saying is that compared with now, what we see as a 1-in-100-year extreme flood event will be 10 times more frequent because of climate change,” Kirezci said.

If the world’s nations keep emitting greenhouse gases, and sea levels rise just 1 to 2 more feet, the amount of coastal land at risk of flooding would increase by roughly one-third, the research said.

“Even though average sea levels rise relatively slowly, we found that these other flooding risks like high tides, storm surge and breaking waves will become much more frequent and more intense,” said Kirezci, as The New York Times reported. “Those are important to consider.”

The study seems to add to the mounting evidence that the world’s nations can greatly reduce future flooding risks by cutting emissions rapidly, especially since that could lower the odds of rapid ice-sheet collapse in Antarctica that would push up ocean levels even higher than forecast later in the century, as The New York Times reported.

However, Michael Oppenheimer, a climate scientist at Princeton University who was not involved in the study, told The New York Times that the world has now warmed so much that significant sea-level rise by 2050 is assured no matter what happens with emissions. “That means we also need to start preparing to adapt now,” he said.