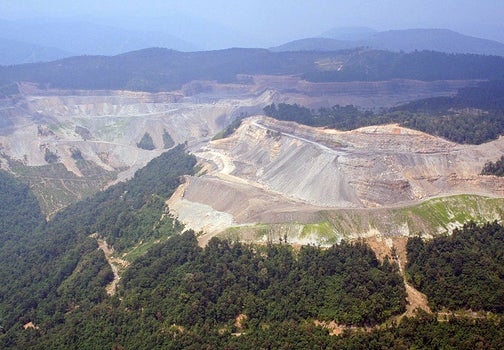 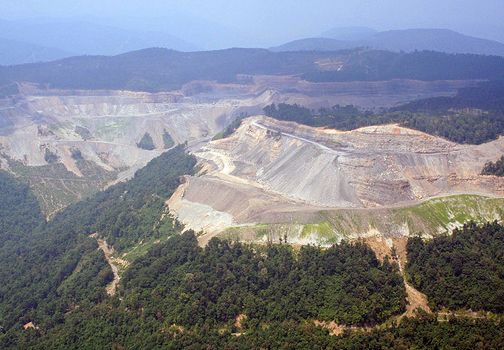 In the tranquil, misty mountains of southwest Virginia, the coal industry is trying to build its very own road to nowhere. King Coal’s latest scheme is to try and take $2 billion of federal funds—our tax dollars—to build the Coalfields Expressway through rural Southwest Virginia. Coal companies plan to use mountaintop removal mining to flatten the area to make way for the road, while they keep the profits from the coal they extract. While the coal companies call it a road, local residents are calling it a taxpayer financed strip mine.

Virginians aren’t taking this news lying down, though. Last Friday, when an official comment period closed, more than 4,400 Virginians and 81,000 people beyond VA’s borders had submitted comments to the Federal Highway Administration in opposition to this project—more than 85,000 comments opposing this boondoggle. These tens of thousands of Americans know that the construction of this “Coalfields Expressway” won’t serve the public. The route was designed to help a coal company, Alpha Natural Resources, access coal reserves. To make matters worse, the road will not only cause pollution and destruction, but it also bypasses local communities and threatens to remove the through-traffic that local businesses depend on.

The controversial highway project would cut through southwestern Virginia, using eminent domain to relocate dozens of property owners while bypassing local business areas and burying at least 12 miles of streams.

Local residents assert that while the project is being billed as a highway project, in reality it’s a taxpayer financed strip mine that is likely to be exempt from all of the permitting requirements and other protections provided for communities and the environment by the Surface Mining Control and Reclamation Action.

In addition to collecting comments, local residents organizing against the project recently testified at public hearings held in the Virginia towns of Wise and Vansant. Dozens of local residents turned out to oppose the project and the negative effects it would have on their community, water supply and local economy.

“We’re worried that this project is going to cost taxpayers an enormous amount of money while leaving Virginians with a toxic mess and miles of bare stripped land instead of a useful road,” said Marley Green, a Sierra Club organizer in Appalachia, Va. “We need both the Virginia Department of Transportation and the Federal Highway Administration to take action to protect the health and safety of our communities.”

Already, $38 million in taxpayer funds were wasted on a cancelled portion of the highway. The total taxpayer price tag for the entire project is still unknown. The Sierra Club and Southern Environmental Law Center submitted comments opposing the project, together with our allies Southern Appalachian Mountain Stewards, Appalachian Voices, Wise Energy for Virginia and CREDO Action.

We can’t let King Coal destroy our streams and our mountains. Appalachians have suffered enough at the hands of the coal industry. The Coalfields Expressway will only lead to more polluted water and destruction.

This project is poorly planned, a threat to local streams and rivers and a waste of tax payer dollars.

We urge the Federal Highway Administration to stand up for Appalachia, and complete a full study of the threats this road would have on local communities. There are smarter, more efficient ways to improve transportation options in southwest Virginia, and it’s crucial that we not rush into a giant gift to the coal industry without considering all of the impacts and alternatives.