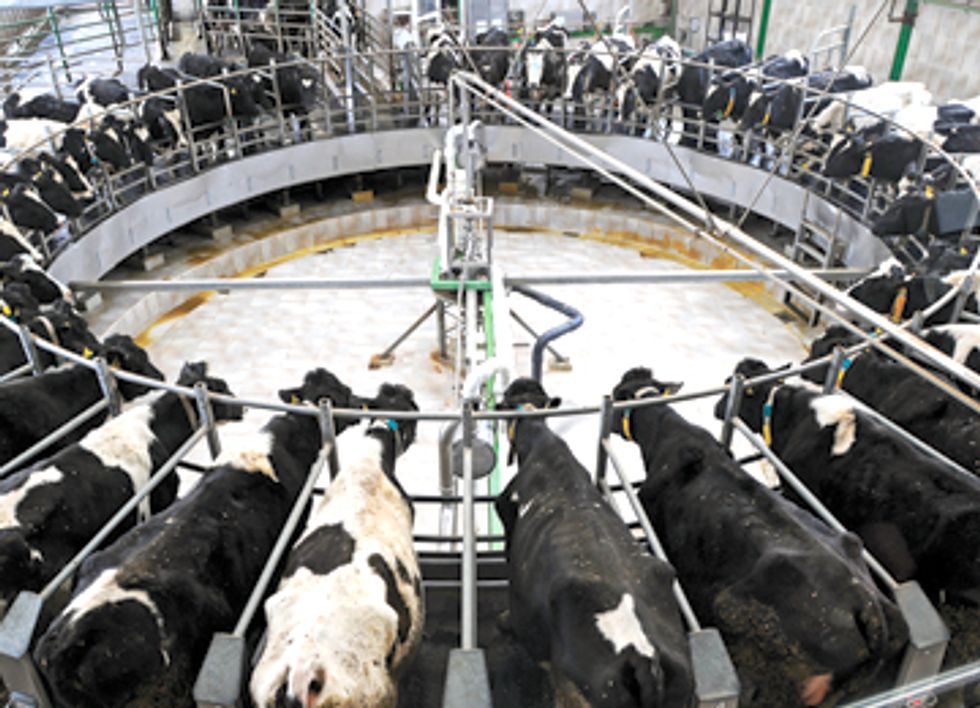 A coalition of environmental groups has filed a lawsuit against the New York State Department of Environmental Conservation (DEC) for its deregulation of industrial dairy farms with 200–299 cows. DEC’s rulemaking has rolled back clean water protection standards to allow medium size dairy CAFOs (concentrated animal feeding operations) to operate without a permit, in clear violation of both federal and state law, with the likely result that untreated cow manure will run off into and contaminate nearby waters. The groups are co-represented in the lawsuit by Pace Law School’s Environmental Litigation Clinic and Earthjustice.

Less than a year ago, in a filing with the U.S. Environmental Protection Agency (EPA), the DEC asserted that a non-regulatory approach to medium-sized CAFOs, the same approach it is now taking, would be "neither credible nor effective" to protect the health and environment of New Yorkers. Just six weeks later, Gov. Cuomo announced that New York State would weaken state environmental protections put in place to protect public health, safety and the environment by exempting some medium size industrial dairy operations from its CAFO permit program.

“Factory farms are one of the greatest sources of water pollution in the country,” stated Robert F. Kennedy, Jr., president of Waterkeeper Alliance and chief prosecuting attorney for Riverkeeper. “Deregulating an already dirty business in other states has destroyed water quality and done nothing more than put money in the hands of a few corporations at the expense of the public. It is a shame that New York would want to follow that terrible precedent, rather than support family farms with the resources they need to operate in a way that protects the water quality we’ve fought so hard to maintain.”

“What the state did, when it eliminated key clean water regulations for medium sized dairy farms, is a textbook case of sacrificing the environment in a misguided attempt to advance economic interests," said Paul Gallay, president and Hudson Riverkeeper. "Rather than eliminating these regulations, which had been on the books for years, the state should have assisted farmers in meeting those standards. Instead, they adopted a voluntary approach to protecting our precious rivers, lakes and streams from farm runoff, which they had explicitly rejected as ‘neither credible nor effective,’ only a year ago.”

The groups filed formal comments in response to Governor Cuomo’s proposed rule-making in January 2013, stating that DEC had not adequately reviewed the human health, environmental and economic impacts such an action would have on state and local communities, which it must do prior to taking such an action. An independent team of experts in agricultural waste management also reviewed the proposed rule changes at the request of the groups and concluded that without clean water protections, "human health risks are substantial." In addition, these experts concluded that the proposed rule changes "would likely result in increased environmental degradation of water, soil and air quality."

“The burden of the massive amounts of manure and other waste generated by industrial-sized dairy facilities is borne by the communities who live near them and by the environment,” said Eve Gartner, the Earthjustice attorney handling the case. “Requiring regulatory oversight of the disposal of these tons of manure is just common sense.”

The groups’ lawsuit raises a number of claims against the state’s action, including that:

“DEC admits that animal manure and other dairy waste will be discharged into New York’s waterways unless these dairy operations voluntarily implement the permitting system pollution controls, which is highly unlikely,” said Marc Yaggi, executive director of Waterkeeper Alliance. “DEC acknowledges that the nitrogen, phosphorus and pathogens that would be discharged pose serious threats to public health, water quality, fisheries, water supplies, recreation and groundwater wells in New York. DEC’s actions are unacceptable and violate state and federal law.”

“The health of New Yorkers cannot be placed at risk by exposing us to raw, untreated manure. Industries should not be exempt from clean water regulations nor should the laws be weakened to accommodate a particular industry. Weakening and ignoring clean water regulations is bad public health policy and unacceptable to the people and environment of our state. Citizens Campaign for the Environment is happy to stand with our partners to protect public health, our water and our environment,” said Adrienne Esposito, executive director of Citizens Campaign for the Environment.

“The false narrative that water quality protections are suppressing milk production will hurt everyone in the long run,” said Roger Downs, conservation director for the Sierra Club Atlantic Chapter. “Clean water is a central element to any successful dairy farm and removing protections that keep manure out of our rivers and streams will only make people sick and harm the quality of milk and the products made from that milk. ”

“The impact of changing the regulation will be felt at a much greater distance than where the cattle waste is deposited because of the brooks, streams and tributaries that will lead to the Hudson River that is used extensively for recreational fishing. Drinking water will also be negatively impacted throughout whatever water system the new regulations allow the spreading of cattle manure,” stated Bert Darrow, president of Theodore Gordon Flyfishers.