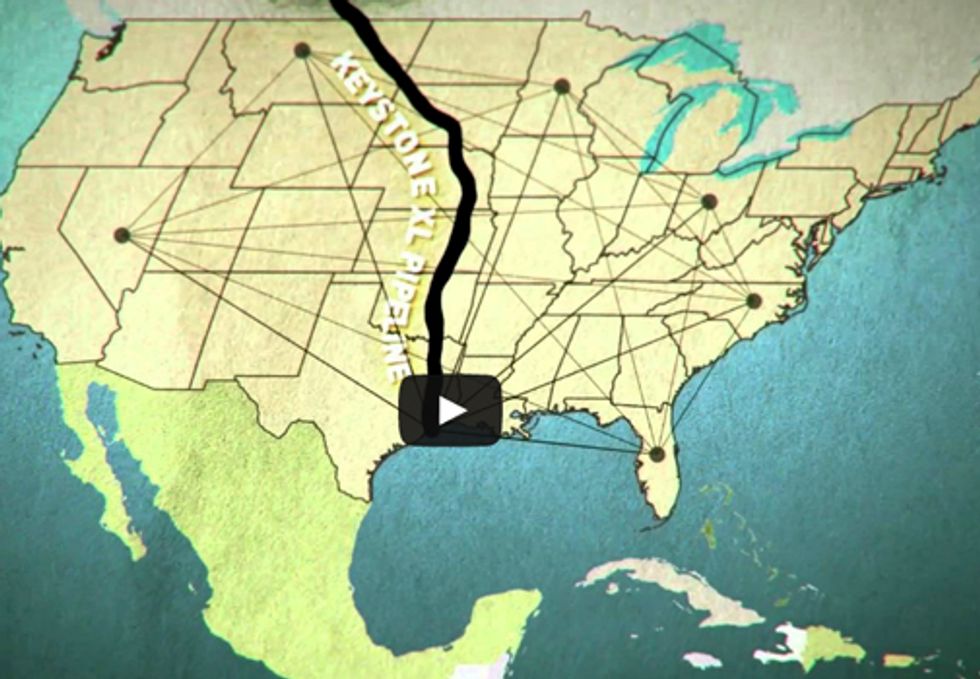 All Risk, No Reward Coalition

The All Risk, No Reward Coalition launched today as a national group that will educate the American people on the "all risk and no reward" of TransCanada’s Keystone XL tar sands pipeline and urge President Obama and Secretary Kerry to reject it. The coalition brings together a unique group of national and state organizations focusing on the messaging of risk vs. reward, and national interest. The coalition is using paid media in a way that has never been part of the anti-Keystone movement.

The coalition's TV ad appeared on major Sunday news shows yesterday, and will air again next week targeting the Democratic base. The coalition will continue to run national and state-based advertising, including a youth mobilization effort.

“With the tar sands oil spill in Arkansas, there’s a growing mountain of evidence of the dangers that would come with a pipeline spanning some of the most sensitive areas of our country. This coalition is set to educate the American people about the dangerous climate, environmental and political implications of the Keystone XL tar sands pipeline,” said Bill Burton, League of Conservation Voters senior advisor.

The Keystone XL tar sands pipeline will run through America, but does not benefit America. Based on the State Department’s Environmental Impact Statement, the pipeline will create only 35 permanent jobs. It would also put American communities at significant risk of oil spills like the recent tar sands spill in Arkansas. The pipeline will not reduce dependence on Mideast oil because Keystone XL products will likely be exported overseas, including to China and Venezuela.

Randy Thompson, The All Risk, No Reward Coalition chair officially announced the launch of the coalition with an op-ed in the York News Times, a Nebraska newspaper along the pipeline route. Representative Rush Holt (D-NJ), published a column in The Hill’s Congress Blog about the risks of the Keystone pipeline, as evidenced by the tar sands spill in Arkansas.

“As a Nebraska landowner on the front lines of the Keystone XL battle, I know firsthand the tremendous risks that Americans would face if President Obama approved the tar sands pipeline,” said Thompson. “This pipeline is clearly not in our national interest, since American citizens like me would be taking on all of the risk so that Big Oil and foreign countries could get the reward.”

“Given that the oil carried by Keystone XL would not be mined, refined or consumed in the United States, why would we accept the transit risk associated with a pipeline project of this magnitude?” said Rep. Rush Holt (D-NJ), ranking member on the subcommittee on Energy and Mineral Resources. “Why would we want to expose thousands of towns up and down the United States to the same risks faced so catastrophically in Mayflower?”