We Need a Just Transition—Because We Should Abandon Coal, Not Coal Workers 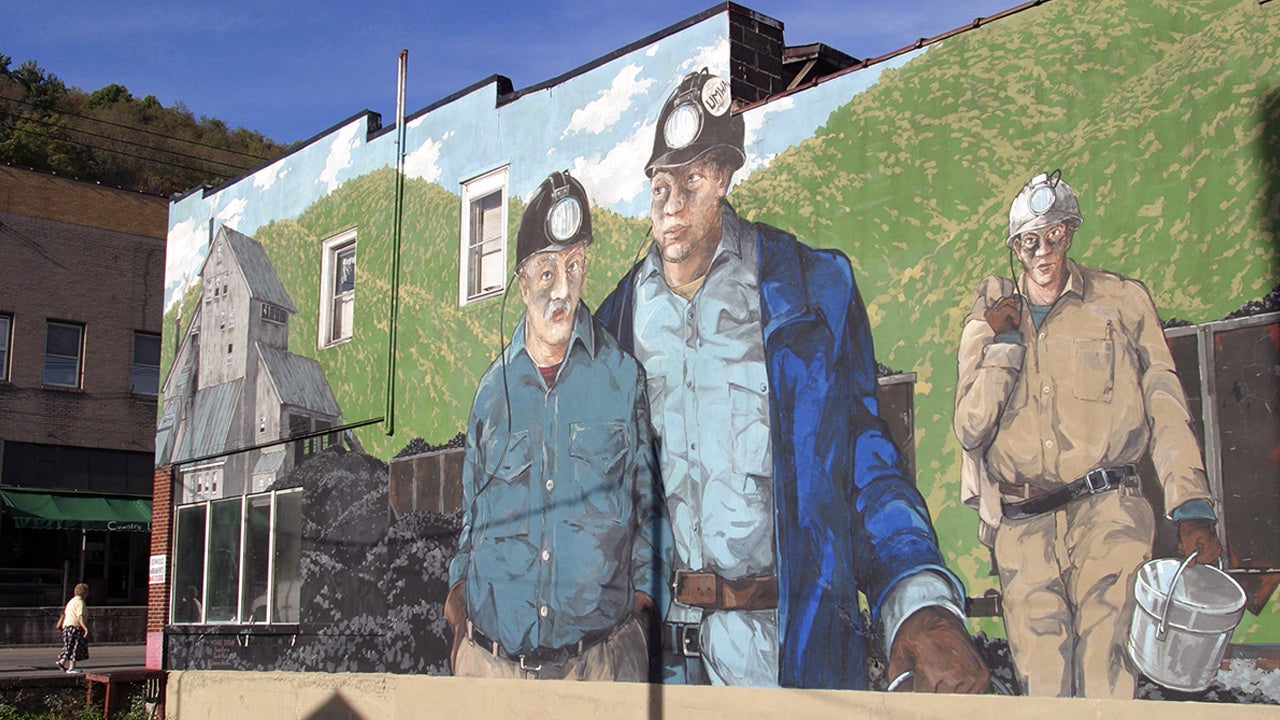 The coal industry is dying. But we can’t allow the communities that have been dependent on coal to die along with it.

Even if clean energy champions, environmentalists, and climate activists weren’t working together to end the burning of coal, the dirtiest of all fossil fuels would still be on its way out. The free market is seeing to that. As the cost of renewables continues to fall and the production of cheap natural gas continues to rise, coal has lost whatever competitive advantage it once enjoyed over other energy sources. By next year, coal consumption in our country’s power sector is expected to drop to its lowest level since 1978. That would represent a decline of 27 percent since 2016.

The nation’s older, smaller coal plants have been disappearing for more than a decade; now, even the newer, larger ones are being retired at a rapid clip. On the one hand, that’s to be celebrated: Every coal-fired power plant that goes offline, be it large or small, means fewer pollutants poisoning our lungs and water and fewer greenhouse gases warming the planet. But on the other hand, there is cause for real concern. Whenever a coal-fired power plant or a coal mine shuts down, jobs are lost and workers, their families, and their entire communities suffer.

To address these unfortunate consequences, organizations and governments pushing for a coal phaseout have begun to emphasize the importance of establishing a “just transition” for those who have been, or will be, most affected by these closures. The still-young concept is deliberately amorphous, since each community’s needs will differ from the next. But however the transition manifests, the goal is the same: ensuring that no one gets left behind as we shift from one energy economy to another, and that everybody who wants one has a role to play in what’s to come.

In Brussels last week, members of the European Commission— the executive arm of the European Union, responsible for crafting and implementing policy — met in a high-level conference to discuss the immediate social impacts of the European Union’s commitment to reducing carbon emissions. Among the topics discussed: whether the €4.8 billion recently proposed for an Energy Transition Fund is actually enough to aid Europe’s coal-dependent regions as they move from fossil-fuel production to the clean energy future, or whether it’s just “a drop in the ocean in terms of the challenges that these places face,” in the words of one critic.

The Europeans are vigorously arguing about what a just transition should look like — but that’s a good thing. Here in the United States, the conversation about how to help communities adapt to a post-coal reality has barely begun. One organization, the Just Transition Fund, has moved beyond stipulating the need for such assistance and is actively providing it by funding “community-based transition efforts that align with our commitment to sustainable economic development, equity, and energy resilience” in more than a dozen states throughout Appalachia, the Midwest, and the Mountain West. As the only national organization of its kind, the Just Transition Fund has converted millions of dollars in grant money from Google, Bloomberg Philanthropies, and others into retraining programs, job creation, and new business development for areas hit hard.

When she was a presidential candidate, Hillary Clinton made a billion economic redevelopment plan for coal country central to her climate policy, stating the need “to ensure that coal miners and their families get the benefits they’ve earned and respect they deserve, to invest in economic diversification and job creation, and to make coal communities an engine of U.S. economic growth in the 21st century as they have been for generations.” By contrast, the man who defeated her, Donald Trump, once proposed eliminating the Appalachian Regional Commission, a major source of economic relief for coal-dependent areas in the Southeast — very odd behavior for someone who claims to care deeply about the plight of coal workers. (Trump later changed his tune, but apparently only after Senate Majority Leader Mitch McConnell, a Kentuckian, quietly but forcefully intervened.)

Thankfully—as has been so often the case during the current presidential administration — leaders at the state level are taking seriously what the president so clearly doesn’t. Earlier this year, Colorado Governor Jared Polis signed legislation inaugurating his state’s Just Transition Office, the first of its kind in the nation and a potential model for other states (or even the United States as a whole) to follow. Polis, who has made getting Colorado to 100 percent renewable energy by 2040 a top priority, understands that the road to a post-coal future will be a bumpy one for thousands of people in his state, which ranks 11th nationally in coal production. Among its other duties, the new office will administer workforce retraining grants and other benefits to displaced coal workers in rural Colorado counties that contain at least 50 employees affected by the phaseout of fossil fuel production. One provision in the legislation even mandates that the state pay a “wage differential benefit” to workers whose new jobs pay less than their old ones.

The language of the bill that led to the creation of the Just Transition Office summarizes the situation that Colorado and other states now find themselves in — a situation with not only economic but ethical dimensions. “The communities that host retiring power plants may lose principal contributors to their tax base and revenue for vital local government services,” its authors observed. “A strong and comprehensive policy is needed to invest new financial resources in coal communities that are seeking to diversify and grow their local and regional economies in a manner that is both sustainable and equitable.” The bill’s drafters also noted that policies “must ensure that the clean energy economy fulfills a moral commitment to assist the workers and communities that have powered Colorado for generations, as well as the disproportionately impacted communities who have borne the costs of coal power pollution for decades.”

Or to put it another way: Coal workers gave to their employers, and to their communities, for many years. Their labor was difficult and often dangerous. As we say goodbye to the coal industry and the jobs it supported and usher in a new era of renewable energy, these workers should be thanked for all that they’ve done. And the best way to show our appreciation to them is to make sure that they’re given every possible chance to take part in the energy economy of the future — and that they’re well taken care of in the meantime.