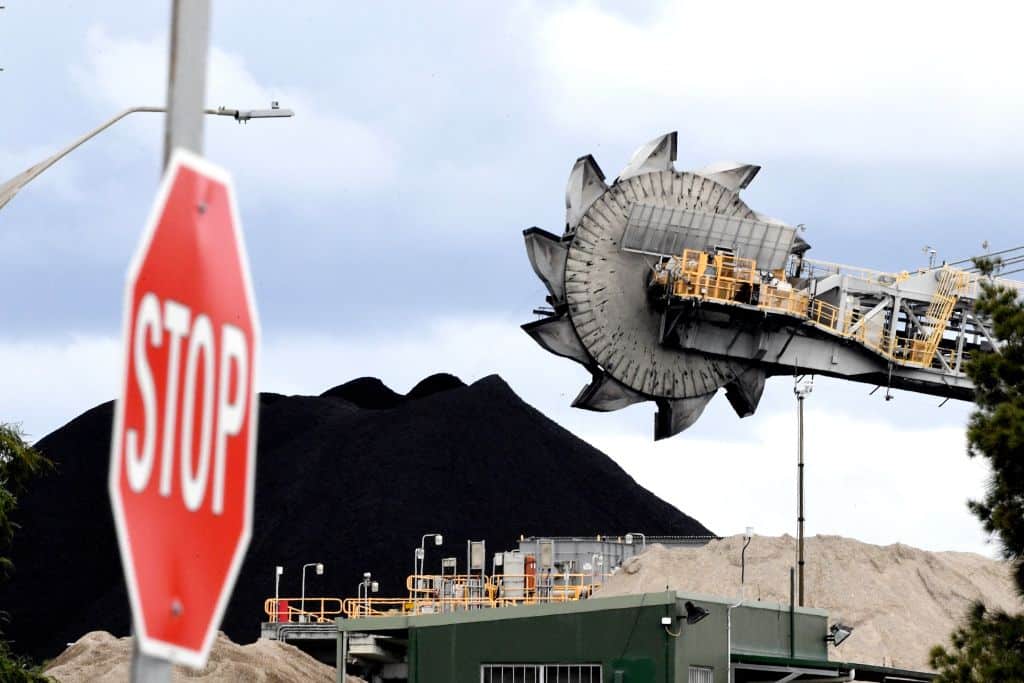 Environmental groups are lobbying for an end to these exemptions. SAEED KHAN / AFP / Getty Images

Environmental groups, including the Australian Conservation Foundation, Birdlife and the Queensland Conservation Council, are asking the Palaszczuk government to stop such exemptions, arguing that the public cannot provide proper scrutiny without environmental impact statements.

“Without an EIS, mining companies can largely define for themselves what issues they address in their environmental assessments,” Matt Floro, acting managing lawyer for the Environmental Defenders Office, told The Guardian. “The risks with this approach are obvious.”

Queensland’s environmental department said its process provides thorough project assessments against strict environmental criteria, but independent experts on a panel put together by the federal government found some weak points in the process, particularly that it doesn’t consider the cumulative effects of projects.

Environmental impact statements are only required for projects that meet a 2 million per metric ton or higher output threshold. Many projects are projecting just under that amount. The Vulcan South mine is expected to reach 1.95 million metric tons of coking coal per year and will need to clear 1,000 hectares of koala habitat for the project.

Similarly, the Magnetic South Gemini mine is expected to have 1.9 million metric tons of coal every year for 25 years and did not require an environmental impact statement.

The eight projects recently approved for the Great Barrier Reef catchments and floodplains will have about 1,866 million metric tons of carbon dioxide-equivalent emissions, according to the coalition of environmental groups fighting to end the environmental impact statement exemptions.

“The International Energy Agency has said that we can’t have any new coal or gas projects anywhere in the world if we want to avoid catastrophic climate change,” Jason Lyddieth, clean energy and climate campaigner for the Australian Conservation Foundation, said. “That Queensland is not only approving new coalmines, but the fact that they don’t even have to put in an EIS, is absolutely crazy.”

Australia’s most recent State of the Environment Report found the country’s environment was in poor and deteriorating condition, in part due to resource extraction. The top recommendation for reversing environmental issues is enforcing strong environmental laws. Although the Queensland environment department noted it is working on reforming its procedures, critics argue that impact statements must be made mandatory for all new mining projects to minimize environmental destruction and the worse impacts of climate change.

Illegal Backyard Coal Mining Surges in Poland as Energy Anxiety Outweighs Health and Climate
The global energy crisis set off by Russia's war in
By Climate Nexus
E-Waste 101: Everything You Need to Know
E-waste – also called electronic waste, e-scrap, end-of-life electronics, or
By Linnea Harris
West Virginia Customers Pay the Price for State’s Reliance on Coal
The state of West Virginia is intimately associated with coal
By Olivia Rosane