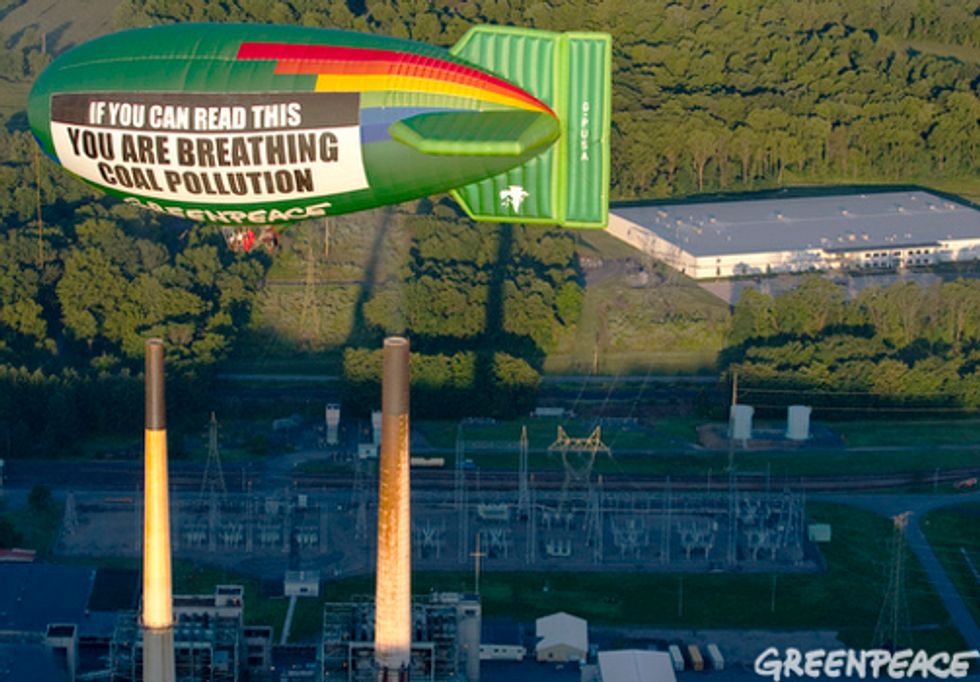 Earlier this week, Edison International announced that they would shut down the Fisk and Crawford coal plants—a victory for the books! After ten years of gritty and determined grassroots work, communities in Chicago triumphed over the corporate polluter in their back yard. On the same day, citizens in Ohio, New Jersey and Pennsylvania celebrated the announcement that Houston-based GenOn would shut an additional seven plants, including the Portland Generating Station where Greenpeace worked with NJ and PA residents to demand clean air for their community

The Chicago Sun-Times sums up the day brilliantly in their editorial, Credit grass-roots effort for victory over pollution.

It was encouraging to see Mayor Emanuel step up and engage in negotiations to shut down Fisk and Crawford. Responding to public pressure, he demonstrated leadership that is all too lacking at all levels of government. Corporate polluters have bought their way into the hearts of congressmen and regulators, leaving the task of holding the coal industry accountable to grassroots organizations across the country.

But it should not have to take a ten-year campaign to close century-old coal plants. People shouldn't be forced to sacrifice their time and energy—let alone their health—to secure clean air and water for their communities.

Energy companies like Edison International need to take responsibility for the communities they poison.

Edison International CEO Ted Craver announced the retirement of Fisk and Crawford on an investor call with little fanfare. In agreeing to close the plants, Edison executives are saving 42 lives every year. They are telling local Chicago communities that hundreds of asthma attacks and heart attacks will no longer be triggered by the pollution Fisk and Crawford spew into the air. And yet, the decision was packaged in the language of "financial discipline" and "impairments."

Besides Fisk and Crawford, Edison operates four coal plants in Illinois, as well as the dirtiest coal plant in America, the Homer City Generating Station in Pennsylvania. We hope that the good news on the Fisk and Crawford shutdowns signal a sea change for the company—a chance for them to live up to their own rhetoric on clean energy leadership.

On the investor call, Ted Craver indicated that Waukegan Generating Station and Homer City may not be part of their coal fleet for much longer. That's encouraging news. Now, we need a real commitment from them to shut down those plants and bring clean air to communities throughout Illinois and Pennsylvania.

In the meantime, we'll be celebrating the hard-fought and long-overdue victory in Chicago. When communities come together and demand change, incredible things can happen. This clip from Pilsen resident and Pilsen Environmental Rights and Reform Organization member, Leila Mendez, captures the beauty and sacrifice of this monumental moment.