How a Coal Plant in Michigan Became an Insurance HQ 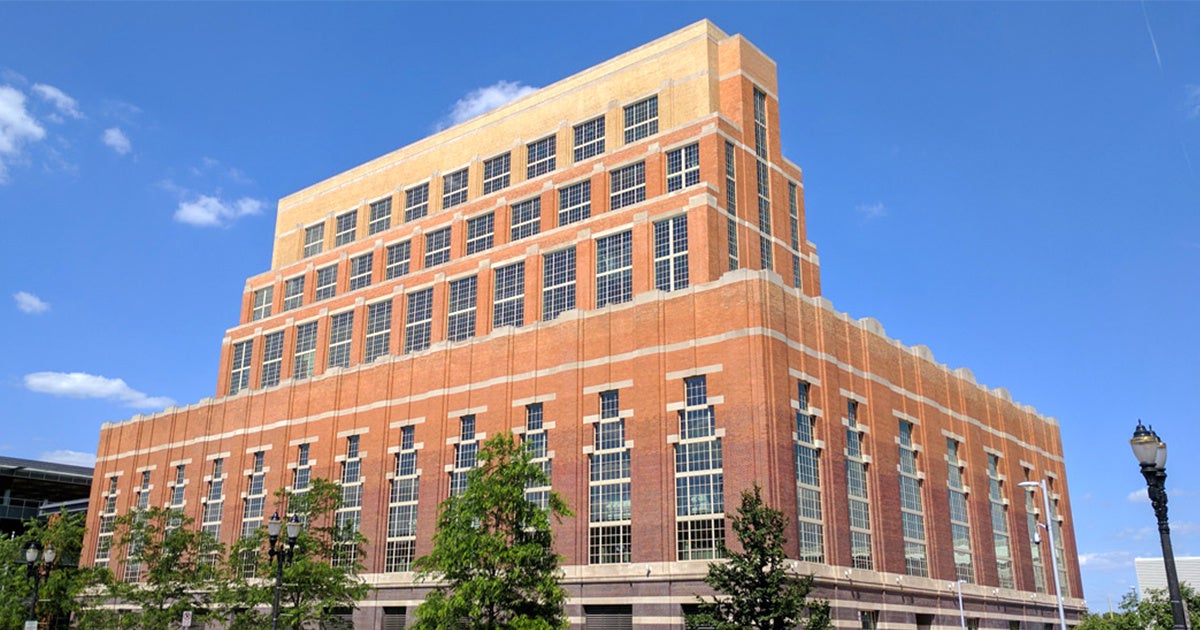 For one of the community snapshots highlighted in A Dwindling Role for Coal, I’m handing over my blog to my colleague J.C. Kibbey, Midwest outreach and policy advocate, who interviewed Karl Dorshimer, director of business development with the Lansing Economic Area Partnership (LEAP), about his experience on the team leading the redevelopment of the of a decommissioned coal-fired power plant in downtown Lansing.

The Ottawa Street Power Station provided coal-fired electric power and steam to downtown Lansing from 1939 until it was decommissioned in 1992. Karl shares the challenges and successes of the subsequent redevelopment project, which led to a revitalization of downtown Lansing, and retained or created more than 1,000 jobs in the city. (This interview has been edited for length and clarity.)

J.C. Kibbey: Tell me a little about yourself.

Karl Dorshimer: I studied resource and economic development at Michigan State University, and earned a master’s degree in resource economics at the University of Alaska. After graduate school, I moved back to Lansing and worked on economic development and planning for the Tri-County Regional Planning Commission before moving to the Lansing Economic Development Corporation. My career was taking off right around the time brownfield development was taking off, and for 20 years Lansing EDC has done over 50 of these projects, from big projects like the Ottawa Station and work with General Motors to those for small businesses. For the last several years, I have been working for the Lansing Economic Area Partnership (LEAP), which in turn contracts with the Lansing Economic Development Corporation—so I’m doing essentially the same job but under a different organizational umbrella.

JCK: The successful redevelopment of the old coal-fired Ottawa Power Station into the sustainably designed headquarters of the Accident Fund (now named the AF Group) created or preserved hundreds of jobs in Lansing and helped remake Lansing’s downtown. The refurbished building achieved the second highest certification by the U.S. Green Building Council, “gold” status for Leadership in Energy and Environmental Design (LEED). You were an integral part of that redevelopment and it’s a success story today, but it was a rocky road to get there. I understand that the city had been working to find a buyer for the site for years and that there were a couple interested parties but the deals fell through. What were the obstacles there?

KD: During the years it was vacant, we occasionally were approached by people who wanted to develop the site, but they were never able to make the finances work. Prospective buyers couldn’t convince investors or lenders to get involved. The city of Lansing and the Board of Water did an analysis at one point to see what could be done with the site, but it never got past that stage.

There were a lot of challenges: liability issues, costs of remediation and infrastructure upgrades, tearing out the existing equipment on the site, and challenges locating public financial incentives.

The incentives that were available were based on job creation—not just any jobs but quality jobs, high-paying jobs with benefits. That’s the measuring stick for a lot of public investment in economic development. A lot of the uses people were proposing for the site just weren’t going to generate a lot of tax revenue or jobs.

For the redevelopment to make sense, you need a tenant who is either willing to pay a lot of money to renovate the property themselves, or pay a high lease rate to someone who renovates the site for them. Otherwise the numbers just don’t work out.

JCK: Given all that, how were you finally able to catalyze the redevelopment?

KD: Lansing Mayor Virg Benero saw the site as a huge, visible symbol of decay and blight, and when he came into office, he wanted to do something about it—either redevelop it or tear it down.

The reason it finally worked is we had an end user that was large enough and committed enough to take on the project. We were soliciting requests for proposals to redevelop the site, and near the end of that process we were approached by representatives of The Accident Fund—an insurance company owned by Blue Cross Blue Shield. We showed them the property and after a long due diligence process, they made a proposal for the site.

JCK: You said the Accident Fund was “committed” to the site—why, and was that important to making this work?

The user wanted an urban location, it’s on the river, and it’s beautiful. It’s really a great symbol of urban renewal, which is good for the community, and for Accident Fund as a tenant.

JCK: But even with that commitment and Accident Fund coming on board, there were still financial challenges to work through. A project this size requires large investments, suggesting the need for a public-private partnership—a contract between a public agency and a private sector entity to deliver a public good. Can you tell me about the incentives that made it work here?

KD: This was a huge, seemingly impossible project and it required public-private partnerships to work.

Our team put together a package of several different incentives that was worth about $59 million in total. That included $12.6 million in property tax abatements, $11 million in historic tax credits, $10 million in Brownfield tax credits, $9 million in Michigan Economic Growth Authority tax credits (for job creation and retention), a $3.2 million investment in a public riverfront near the site, and a $600,000 grant for environmental assessment and clean-up from the Environmental Protection Agency (EPA).

We were able to do all that in large part because the cost-benefit analysis made sense for the city. The total cost of the project was $182 million, and those incentives made it economical for the developer.

JCK: The cost-benefit issue is often problematic for municipalities looking to repurpose coal plants—some of them still running—especially in terms of maintaining the local tax base. Can you tell me about how this project impacted Lansing’s tax base and how the city viewed that?

KD: First, we retained about 600 employees, who pay city income tax, plus another 500 jobs that were to be added later. That’s a future increase in revenue. The site itself was not paying any property taxes before the redevelopment. It won’t generate taxes for a while because of the tax abatements, but a few more years down the road it will. There’s also a significant positive economic impact of having those 1,100 employees downtown.

There are a lot of benefits—from the city’s standpoint, we found these factors together to be a strong argument for investing in this project.

JCK: This building was a former coal plant and now it’s LEED Gold certified. That’s a great story, going from a coal plant to a building that’s recognized for its sustainability. Was that an intentional choice you made when you undertook the project?

KD: A lot of this was driven by sustainability being important to the Accident Fund, and there were challenges: the building was originally designed to dissipate heat. They’ve turned that around and by replacing the windows and some other things, got the building to be efficient for both heating and cooling..

But also, a coal-fired power plant is not conducive to a modern downtown. People are looking at environmental issues and looking to clean power. The Board of Water and Light, which used to operate the Ottawa coal plant, put up a solar array nearby the site—it wasn’t related to this project, just happened to be a good site for solar—which is helping them hit their goals for renewable energy.

JCK: You went through a lengthy process of redeveloping this old coal plant in an urban area and putting it to a productive and sustainable use. What advice would you have for other communities that are looking to do similar projects?

KD: Unless you’re blessed with a great location and a strong local economy where real estate values are high, it will be difficult to get the private sector to redevelop that site and take on all those challenges on their own. You need public participation. That can include incentives, tax breaks, tax refunds, Brownfield programs: somehow you have to reduce the cost for the developer while sharing in the benefits generated.

The user of the site also plays a part in this. They need to be able to create the revenue, the rents, or the sale price to make it work. We found that a lot of less intense uses—like a movie theater, which was one of the ideas someone had for the Ottawa site—just don’t generate enough revenue to make it work.

You will also run into barriers. Fortunately, we had a team that represents all the different stakeholders and found a way to work through the whole series of hurdles. It took years between the time we started the project and when construction started.

JCK: You mentioned that for a redevelopment like this to make financial sense, the site needs to be put to an economically “intense” use. What are other uses that have the necessary intensity?

KD: I think residential is one, apartments and condos. It depends somewhat on the building. I think they did a good job of leaving some of that industrial feel, those exposed beams and so on—that has character and provides value. You want to take advantage of the inherent assets that are already in the building.

Another city-owned facility, the Eckert Power Plant, is planned to be decommissioned in 2021, and we are looking at a renovation there as well. It has three large and tall smokestacks, and we were looking at those and thinking it will cost a ton of money to take them down. But the first developer to look at it seriously said—”leave them up, I like them, I can use them.”

JCK: Karl, thanks for taking the time to discuss your experience with us. Your story offers insights into the challenges of redeveloping coal plant sites and the importance of public-private partnerships in achieving successful outcomes. As the nation continues to move toward cleaner and cheaper sources of electricity, these insights can help inform other communities facing the closure of a coal-fired power plant.

Jeremy Richardson is a senior energy analyst at the Union of Concerned Scientists.