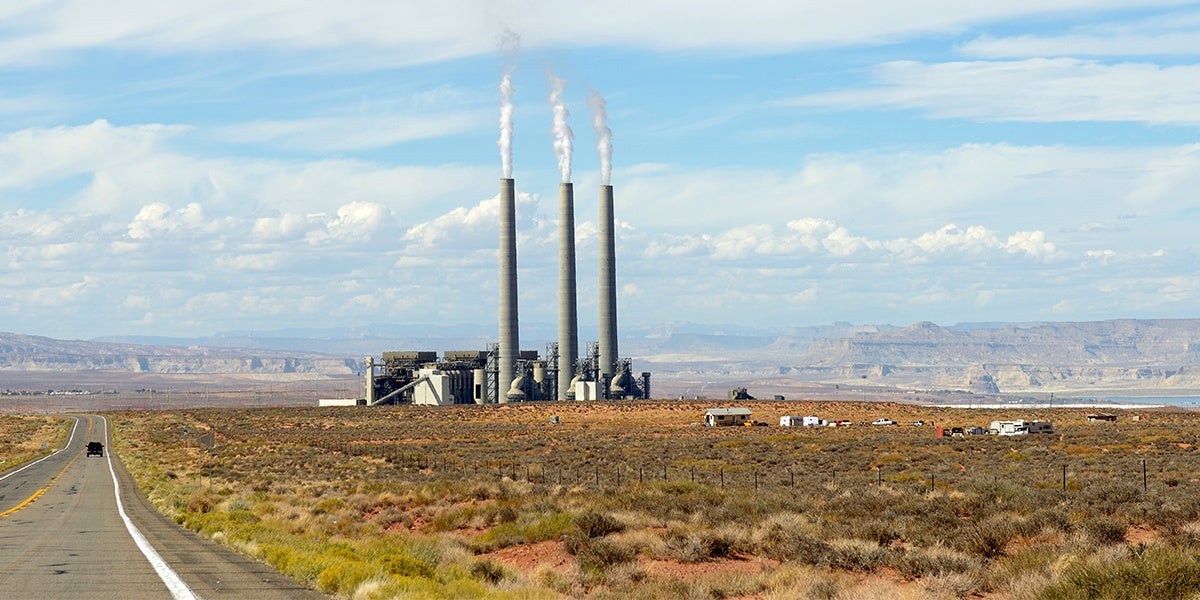 Coal miners and supporters, many of them members of the Navajo and Hopi tribes, rallied in Phoenix Tuesday to protest the impending shutdown of the West’s largest coal-fired power plant.

While Interior Sec. Ryan Zinke expressed his continued support for keeping the Navajo Generating Station open in a brief statement Tuesday, owners of the plant say they still are planning to take it offline in 2019 due to price pressures from natural gas.

The future of the plant, which provides more than 800 jobs to primarily Navajo and Hopi workers as well as tribal royalties, has proved a flash point for national and regional energy policy and raised larger questions on how Native communities will handle ties to fossil fuel industries as the economy changes. “I understand, we understand, you understand the challenges,” Navajo Nation Council Speaker LoRenzo Bates said in a speech at the rally. “There’s your jobs, the revenue, the economy, the water, but it goes beyond that. If NGS does shut down … those jobs are going to be very hard to replace.”

As reported by the Arizona Republic:

So far there are no publicly identified potential buyers for the coal plant. SRP officials say that without a buyer, they are beginning the shutdown, which will force Kayenta Mine to close as well.

Some of the speakers Tuesday said that President Donald Trump and Department of Interior Secretary Ryan Zinke could help prevent the coal plant’s closure.

But so far, the government has presented no plan to do so.

‘We haven’t gotten any indication the government is going to fund that kind of infrastructure investment,’ SRP’s Rousseau said.

Coal Will Not Bring Appalachia Back to Life, But Tech and Government Jobs Could https://t.co/AWOiLggEDU @BeyondCoal @dirtyenergy