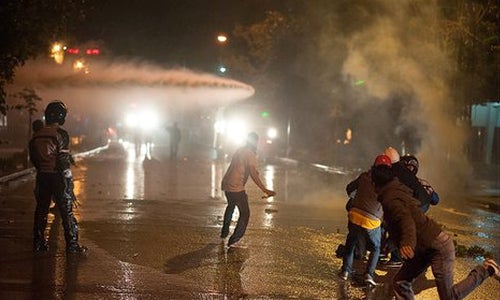 In what’s being deemed the worst mining disaster in Turkey’s history, more than 240 miners have been killed and countless more are still missing following a power transformer explosion that triggered a blazing underground fire at a Soma Komur Isletmeleri mine in Western Turkey.

In the hours following the devastating accident, families of the missing, injured and killed miners have been anxiously awaiting any news about their missing loved ones. But Energy Minister Taner Yildiz recently declared, “Regarding the rescue operation, I can say that our hopes are diminishing.” 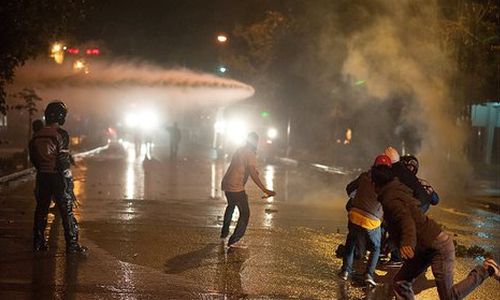 In the aftermath of the explosion in the Turkish coal mine that left more than 240 people dead, protesters demanding safe workplaces have been met with tear gas and water cannons. Photo credit: Creative Commons / Mstyslav Chernov

Its an anguishing time for those touched by this tragedy in Turkey and across the globe. Unfortunately, this most recent disaster is also the latest in a long line of incidents reflecting a painful reality—coal is a deadly fuel source that has no place in the twenty-first century. That’s a big part of the reason why many international financial institutions (IFIs) have moved quickly and decisively away from financing new coal plant expansions around the world over the past few weeks. From the World Bank to the European Investment Bank to the U.S. Export-Import Bank, public financial institutions have overwhelmingly decided that dangerous coal investments should no longer receive public support.

One of these institutions, the European Bank for Reconstruction and Development (EBRD), has made the transition beyond coal a cornerstone of their work in Turkey—and the importance of that step forward is only amplified by this week’s coal mining tragedy.

Straddling the Eastern and Western worlds, Turkey is home to dynamic economic growth that is driving a wave of new energy investment second only to China’s power sector. While currently dependent on fossil fuels—mainly natural gas—and home to the fourth largest pipeline of new coal plants in the world, Turkey is also home to fast growing efficiency, wind and solar markets.

At the same time, the struggle to transition from fossil fuels has run head on into the struggle against an increasingly repressive and authoritarian government led by Recep Tayyip Erdoğan that has clamped down on environmental protests and free speech of all kinds time and time again. The historic—and violently repressed—wave of public demonstrations that spread across the country in May of 2013 was initially sparked by Turkish citizens speaking out against the removal of green space in Istanbul’s Gezi Park. Now, in the aftermath of this tragedy, protesters demanding safe workplaces have been met with tear gas and water cannons.

The situation underscores a dramatic choice. Which of these divergent paths—either a continued reliance on dirty and deadly nineteenth century fossil fuels or a new clean energy future—Turkey heads down will reflect investment priorities, the chance for a healthy future for its citizens and workers, and, in many ways, the global energy transition. This is an important decision that will not only affect Turkey’s energy industry but also its environment and the people of this vibrant country. The choice should be clear: by transitioning away from fossil fuels, the people of Turkey will have cleaner air and water and will no longer be at risk of tragic accidents like Tuesday’s mine disaster.

Prior to this tragedy, I sat down with EBRD’s Director for Turkey, Michael Davey, to learn more about one of the international finance world’s most surprising transitions beyond coal to becoming a potential clean energy leader and the dynamics of this change on the ground. For this conversation, we were also joined by energy expert, Hasan Pehlivan, the principal advisor for the Investment Support and Promotion Agency of Turkey (ISPAT).

Justin Guay: EBRD recently made headlines with its new coal finance restrictions—restrictions that were applauded by organizations around the world. What’s the future for EBRD energy investments in Turkey now that coal is off the table? 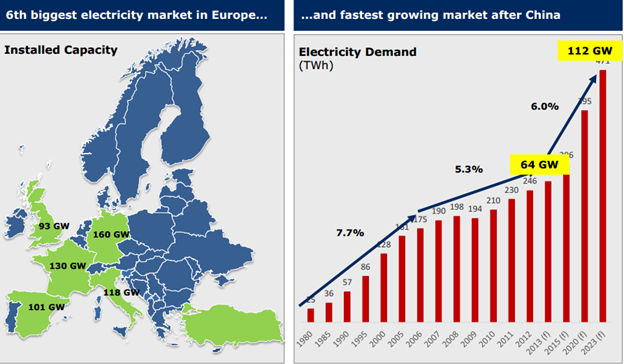 Michael Davey: Energy was a high priority from day one, but the focus was on sustainable energy. There have been a number of requests for coal, particularly in northern parts of Turkey, who have a desire to privatize and rehabilitate lignite plants. That meant a number of requests to be involved in coal. But we turned them down. There is simply so much we could do with gas, efficiency or renewables in Turkey. So in reality, this recent change in policy has made no difference to the operations in Turkey.

JG: Many IFIs claim to be demand-driven when justifying new dirty coal investments yet fail to support clean energy. Why are you so bull-ish on renewable energy and energy efficiency?