Coal is Not the Key: The Need to Diversify the Economy in Central Appalachia 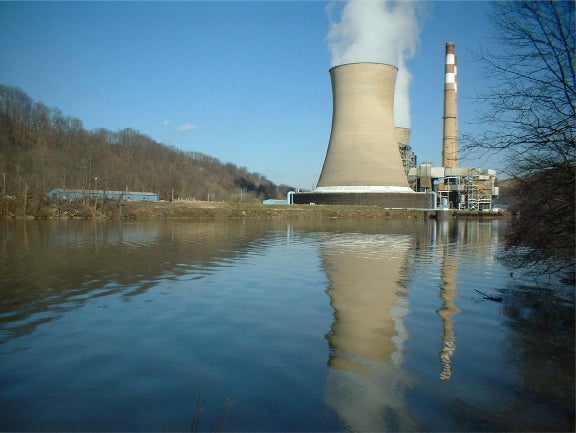 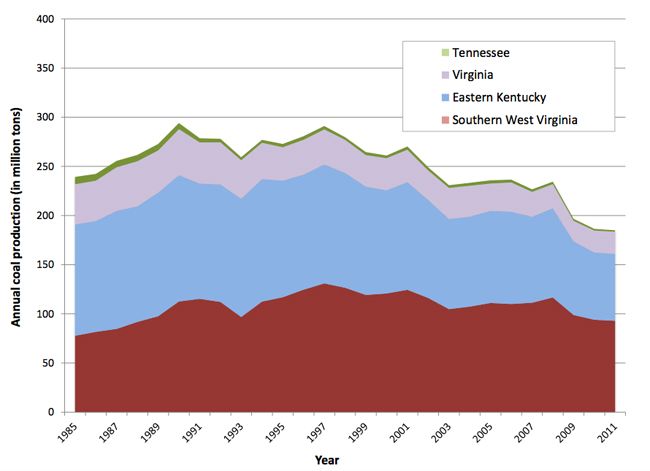 Domestic demand for CAPP coal by the electricity sector, by state, 2001-2011.

The litany of voices pointing to the writing on the wall for the Central Appalachian coal industry continues to grow. They’re saying the same thing in almost every way imaginable, and have been for some time.

Watching coal production decline and demand shift as other energy sources out-compete coal domestically, it is vital that policymakers in Central Appalachia begin implementing policies and investments aimed at building a foundation for economic alternatives in coal-producing counties. A report released yesterday by the consulting firm Downstream Strategies is a pretty good reminder why.

The Continuing Decline in Demand for Central Appalachian Coal: Market and Regulatory Influences expands on a January 2010 study and provides a detailed look at the challenges Central Appalachia faces, further making the case for the urgent need to act.

Numerous factors influence demand for Central Appalachian coal, each of which has had—and will continue to have—a significant impact on the local economies where the coal is mined. In 2010, we recommended that state and local leaders take immediate steps to help diversify coalfield economies. To a large extent, that has not happened. However, it is vital that public officials begin making the political and financial investments necessary to build the foundation for new economic development opportunities in coal-producing counties.

Few of the report’s findings should come as a surprise. Here, however, they are collected in one place, perhaps increasing the likelihood that lawmakers will finally begin the dialogue necessary to build the foundation McIlmoil and so many others realize is needed—and perhaps reducing the likelihood that industry acolytes will deny the report out of hand. For example, the report points to a precipitous drop demand by the electricity sector from 2006 to 2011, and mentions that coal-fired power plants have been and remain the most important purchasers of Central Appalachian coal. 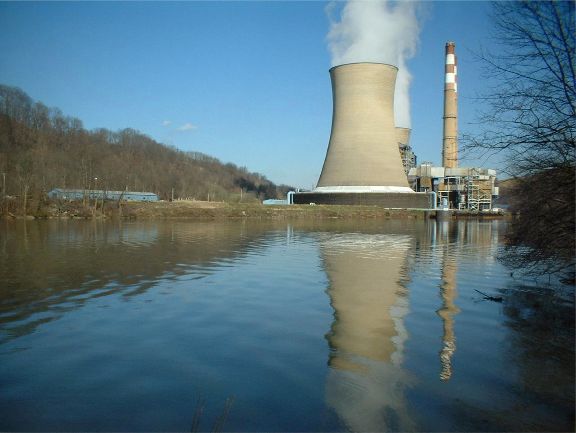 Across the Southeast, the imminent retirement of dozens of coal-fired power plants is already impacting production. According to the report, Central Appalachian mines shipped coal to 137 power plants in 2011. Thirty of these plants are scheduled for retirement by 2016.

Counties in eastern Kentucky, where severance tax revenues are likewise in a long-term decline, are most vulnerable to the retirements. Eastern Kentucky mines accounted for approximately 60 percent of all Central Appalachian coal shipped to retiring plants in 2011. 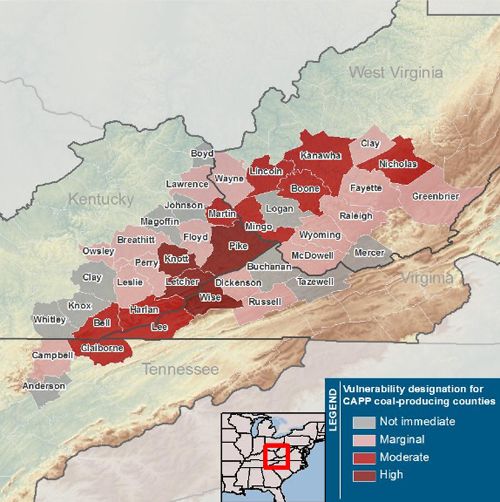 Vulnerability of Central Appalachian counties to influences on demand, by category.

So far, too many policymakers have channeled their energy to reducing regulation however they can and stoking anti-environmental regulation sentiment in the meantime. They lose their breath claiming the U.S. Environmental Protection Agency is waging a “war on coal” that has led to job losses and exacerbated an ongoing economic crisis in the region. The report, however, shows how fighting federal policies aimed at protecting public health and the environment will not save the coal industry. Instead, these efforts distract from the deeper economic challenges that make coal-producing counties so vulnerable in the first place.

The keys to prosperous future for Appalachia go far beyond the coal buried in the ground. And even if coal-mining employment remains close to current levels, the potential for an economic revitalization driven by the coal industry is crumbling.

Efforts to build a foundation to transition the Appalachian economy must focus on a broad set of initiatives ranging from education and workforce training to community health and small business support, and there are examples in every corner of the region.

But there are economic opportunities that can be developed over the short-term that will have an immediate economic impact with significant benefits for local economies. Energy efficiency is one such area where the economic return on investment could be substantial, creating thousands of jobs and supporting new and existing businesses while saving people money that can be reinvested locally.

Whether or not elected leaders and candidates heavily supported by the coal industry will move beyond the tired rhetoric that has received so much attention remains to be seen. But residents of Appalachia aren’t waiting. They’re not just calling on their legislators to support diversification anymore, they’re demanding they contribute to it.