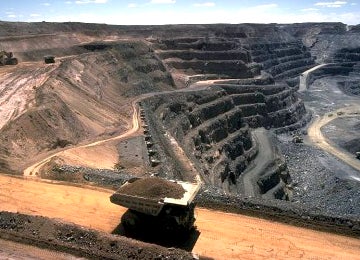 Yesterday, Spokane Riverkeeper and the Natural Resources Defense Council (NRDC) joined Sierra Club and its partners in filing a complaint against Burlington Northern Santa Fe Railway Company (BNSF) in the U.S District Court for the Eastern District of Washington for violations of the Clean Water Act in the eastern part of the state. An earlier federal lawsuit, filed by the same groups in western Washington for violations in the western part of the state, is also underway. 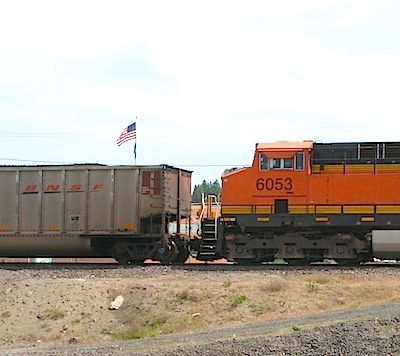 “Coal is dangerous for our health and wildlife whether it is dumped into our air or into our water,” said Morgan Wyenn, attorney for NRDC. “We’re talking about pieces of coal ranging from fine dust to large chunks falling out of these open cars every day, spoiling waters of the Northwest and violating our federal Clean Water Act. BNSF must be held accountable for this preventable pollution.”

According to BNSF testimony at hearings before the Surface Transportation Board, each rail car loses an average of 500–3,500 pounds of coal dust. Coal trains are composed of approximately 120 rail cars, resulting in an average of 60,000–420,000 lbs. of coal lost per train each trip. A massive increase in rail traffic and longer trains are expected in the future should new hotly contested coal export terminals be built in Washington and Oregon.

If ports are developed, Spokane would be the choke point for all of the predicted 42 trains heading to and from the three proposed coal export facilities in Washington and Oregon each day. Spokane Riverkeeper believes that finding toxic coal in local waterways along rail communities in the state of Washington demonstrates clearly that environmental impacts from exporting coal exist beyond just the proposed exporting sites.

“The Clean Water Act is in place exactly for issues like this, and it’s up to us to hold those accountable who infringe upon our collective right to clean water in this country,” added Mihailovich.

As more local residents and elected leaders connect the dots on the broad global and regional implications of moving forward with the Northwest coal export proposals, concerns climb about coal contamination of the region’s waters.

“With only a handful of coal trains moving through Washington everyday, the alarming rate that we’re already finding coal polluting our waters is sending a clear signal of the damage to come,” VandenHeuvel concluded. 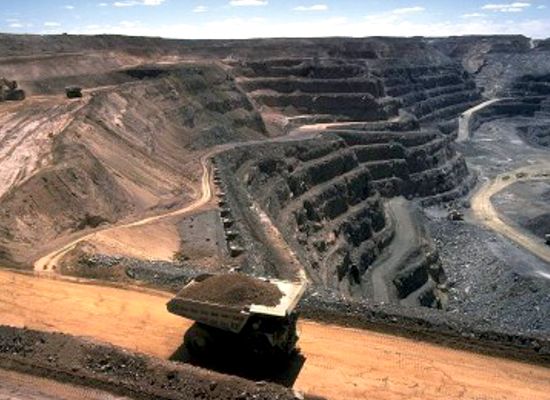 According to BNSF, approximately 90 percent of its annual coal shipments are from coal mines in the Powder River Basin (PRB) located in Wyoming and Montana. PRB coal breaks apart easily and contains mercury, arsenic, uranium and hundreds of other toxins harmful to fish and human health. Additionally, PRB coal dust falls onto train tracks, contributing to track destabilization and dangerous train derailments.

In this filing, the defendant groups have been narrowed to focus on BNSF while the coal industry continues to point fingers about who is responsible for the coal pollution. The original Clean Water Act suit was filed in Washington’s Western District on June 5 by The Sierra Club, Puget Soundkeeper, Columbia Riverkeeper, RE Sources for Sustainable Communities and Friends of the Columbia Gorge. With the addition of Spokane Riverkeeper and NRDC, the groups point to a clear pattern of coal dust water pollution in all corners of the state of Washington.

The plaintiffs are represented by the Law Offices of Charles M. Tebbutt, P.C. of Eugene, OR, Andrea Rodgers Harris of Seattle, WA, Jessica Yarnall Loarie of the Sierra Club Law Program, and David Pettit and Morgan Wyenn of the Natural Resources Defense Council.