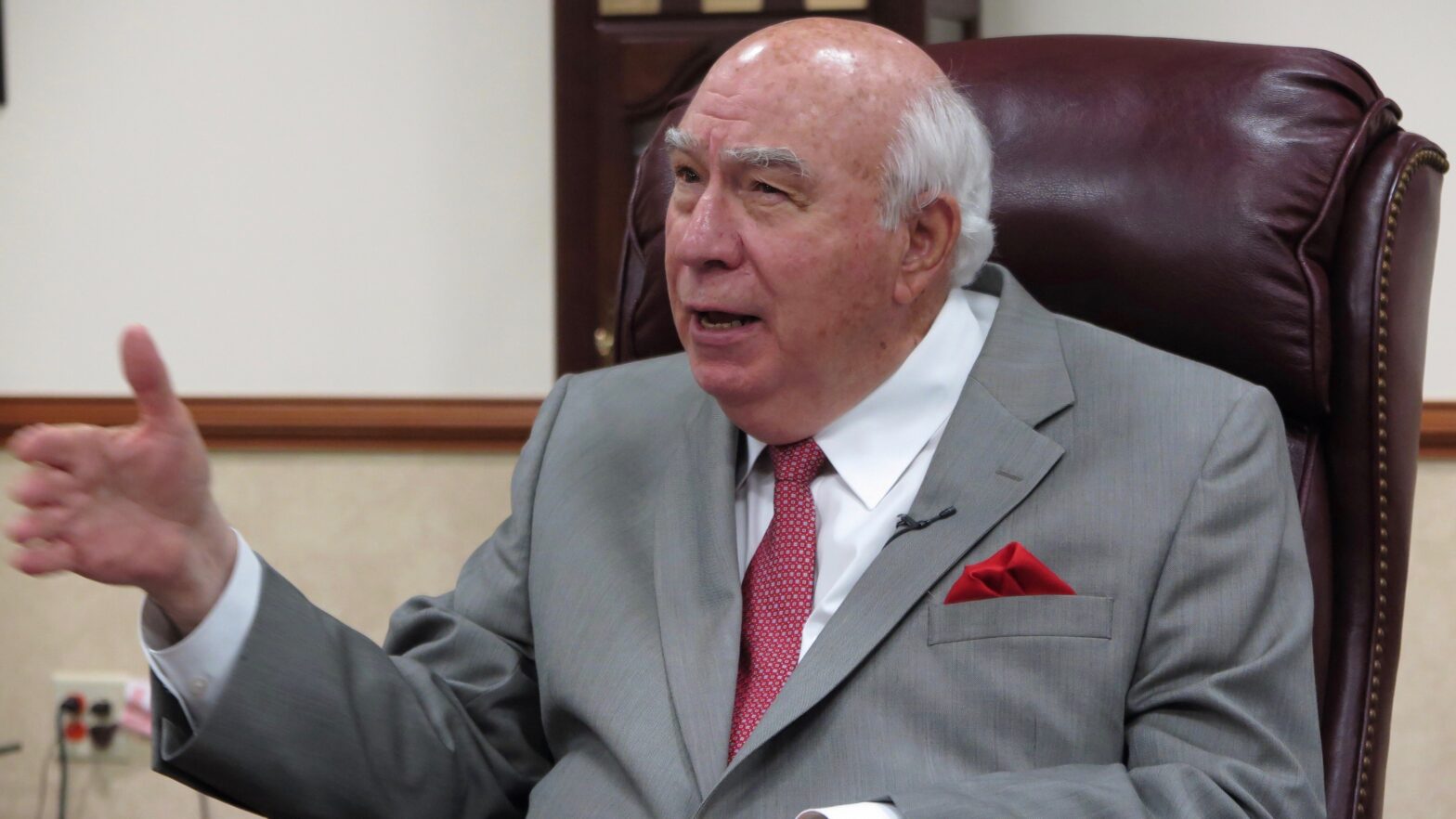 Robert Murray, founder of Murray Energy Corporation, talks in his office in St. Clairsville in Ohio in April 2017. The coal industry in the state had set its hopes on president Donald Trump and fracking. Andreas Hoenig / picture alliance / Getty Images

The Trump administration’s efforts to prop up the coal industry hit another bump as one-time power giant Murray Energy filed for Chapter 11 bankruptcy, as NPR reported.

His donations and chumminess with Trump seem to have given him influence. A few months into the Trump administration, Murray delivered an “action plan” for helping coal to Energy Secretary Rick Perry. The plan included 16 proposals that became a “to-do list” for the Trump administration, including replacing former President Obama’s Clean Power Plan and withdrawing from the Paris agreement, as NPR reported.

Last year, the New York Times reported on Murray’s outsized influence on the president and on energy policy.

“Although a bankruptcy filing is not an easy decision, it became necessary to access liquidity and best position Murray Energy and its affiliates for the future of our employees and customers and our long-term success,” said Robert Murray in a statement, as Reuters reported.

Despite all Murray’s influence, his company was not able to make payments on its bills.

“The main reasons why Murray is in the financial position that it’s in is that it purchased a lot of assets over the last few years, which gave it a big debt position,” said Natalie Biggs, a thermal coal research analyst at Wood Mackenzie, to NPR. She added that when coal prices dropped this year, the company did not generate enough revenue to cover its debts.

Last year, demand for coal fell to its lowest level in 40 years. Production dropped to its second lowest level since 1978, according to the U.S. Energy Information Administration, as CNBC reported.

The bankruptcy will certainly have an effect on the company’s miners.

“We have seen this sad act too many times before. Now comes the part where workers and their families pay the price for corporate decision-making and governmental actions,” said Cecil Roberts, president of United Mine Workers of America, in a prepared statement, as the AP reported. “But that does not mean we will sit idly by and let the company and the court dictate what happens to our members and our retirees. We have high-powered legal, financial and communications teams in place that will fight to protect our members’ interests in the bankruptcy court.”