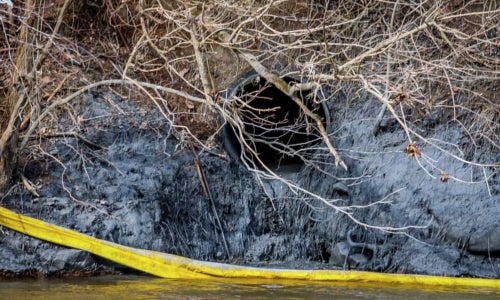 Nearly three-quarters of voters say the incident makes them want stronger regulations and enforcement from future candidates, and the results show no difference along partisan lines. 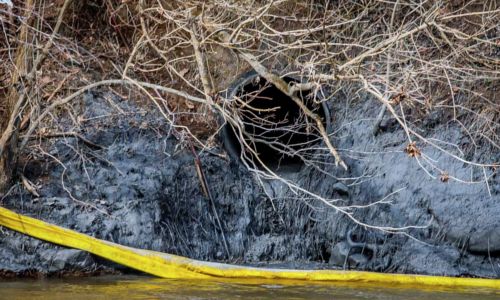 The majority of North Carolina voters would support a candidate who “favors strong regulations and enforcement…to prevent future spills,” as a result of the Duke Energy coal ash spill. Photo credit: Donna Lisenby

As Hart began conducting the survey on March 10, the Waterkeeper Alliance flew over the Duke Energy Cape Fear Plant, snapping photos of workers pumping wastewater from the company’s coal ash pond into a canal that drains into the Cape Fear River. Since the Cape Fear River provides drinking water for residents in Fayetteville, Sanford and several other communities, one can only imagine how much higher the figures would be if the survey was conducted today. 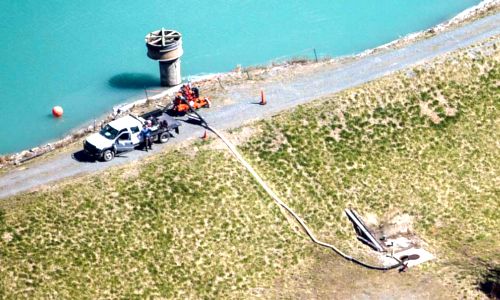 “This North Carolina coal spill has been a wake up call for voters about the need to protect our water from toxic coal pollution,” said Mary Anne Hitt, director of the Sierra Club’s Beyond Coal Campaign. “This poll is yet another indication that Republicans, Democrats and Independents in coal-dependent states want leaders who will stand up to big coal companies and enact common-sense initiatives to protect our air, our water and our families from toxic coal ash and pollution.”

Even though 70 percent of respondents say that Duke Energy is “mostly” to blame for the spill and 90 percent say the company should clean up all coal ash sites in the state, it’s clear they think more emphasis on the environment from politicians would help. Here are some other highlights from the survey’s results:

“North Carolinians are sick of paying the cost for Duke Energy’s failures and the Dan River spill is the last straw,” said Kelly Martin, senior campaign representative for the Sierra Club’s Beyond Coal campaign in North Carolina.

“Clear majorities across the aisle want policy and politicians who will hold Duke accountable and act to protect our water and  prevent another coal ash spill.”