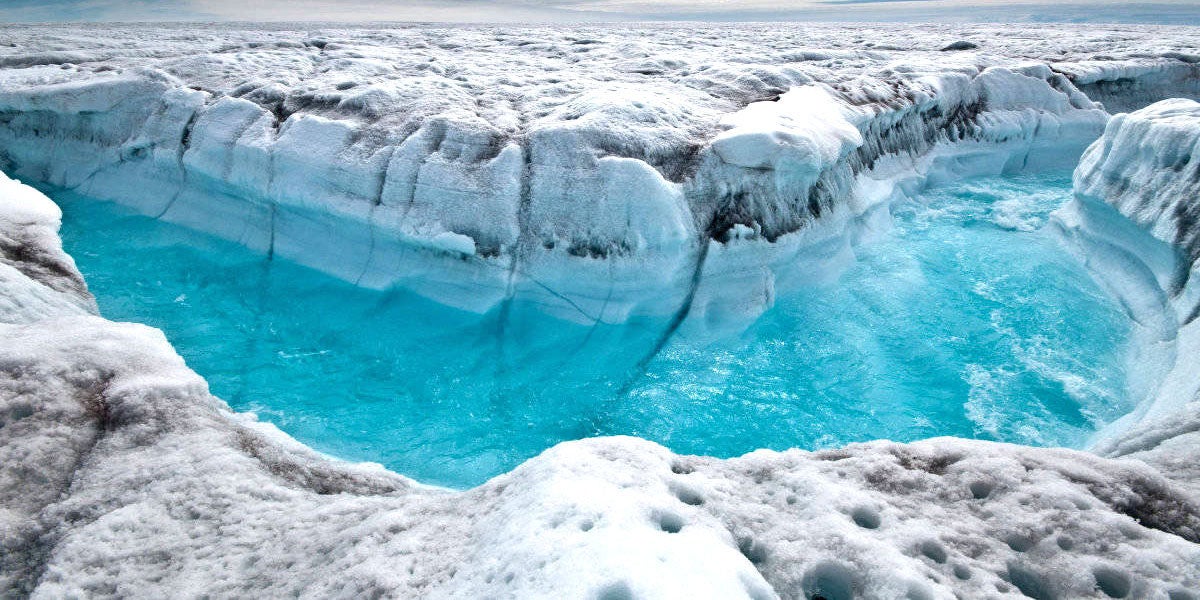 Life evolved to live within limits. It’s a delicate balance. Humans need oxygen, but too much can kill us. Plants need nitrogen, but excess nitrogen harms them and pollutes rivers, lakes and oceans. Ecosystems are complex. Our health and survival depend on intricate interactions that ensure we get the right amounts of clean air, water, food from productive soils and energy from the sun. 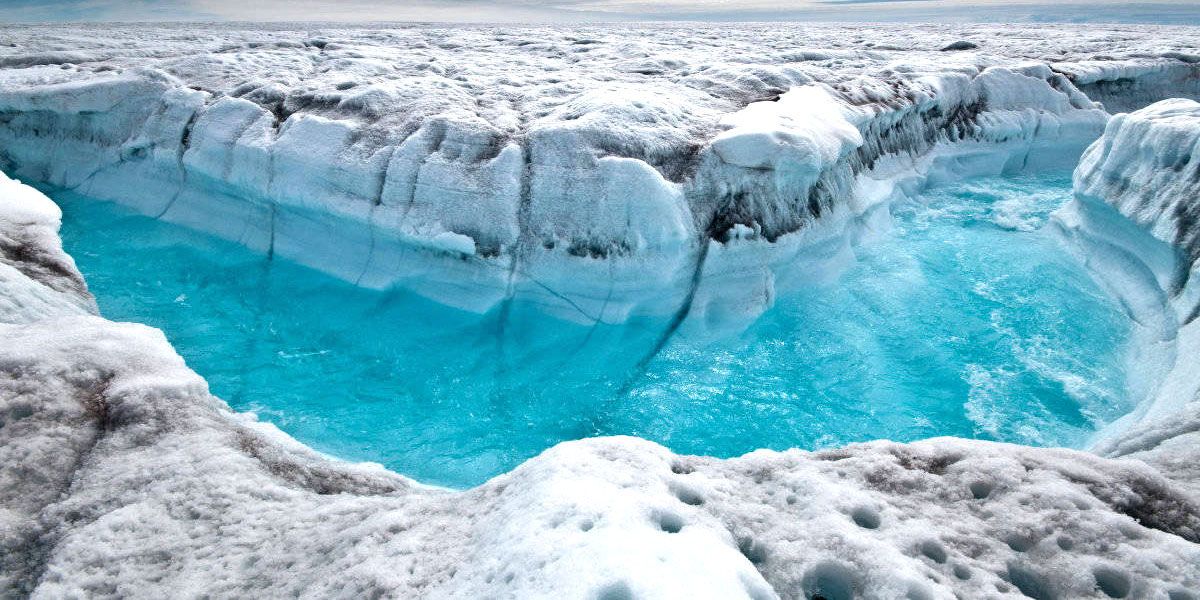 Water flowing to the ocean from the Greenland ice sheet.macaroni2552 / Imgur

Climate change deniers either willfully ignore or fail to understand this complexity—as shown in their simplistic argument that carbon dioxide (CO2) is a beneficial gas that helps plants grow and is therefore good for humans.

The unscientific Heartland Institute-ICSC study he references claims, against all evidence, “Carbon dioxide has not caused weather to become more extreme, polar ice and sea ice to melt or sea level rise to accelerate.”

It’s a facile argument, designed to downplay the seriousness of global warming and its connection to CO2 emissions and to promote continued fossil fuel use. Deniers like Harris and Patrick Moore in Canada extoll the virtues of burning coal, oil and gas.

It’s deliberate deception, rather than an outright lie, as most plants do require CO2 to grow. But overwhelming scientific evidence shows that, along with other greenhouse gases, CO2 causes ocean acidification and fuels climate change, putting humans and other life at risk.

Even its benefit to plants is more complicated than deniers let on. As the website Skeptical Science states, “Such claims fail to take into account that increasing the availability of one substance that plants need requires other supply changes for benefits to accrue. It also fails to take into account that a warmer earth will see an increase in deserts and other arid lands, reducing the area available for crops.”

A Stanford University study, published in the Proceedings of the National Academy of Sciences, illustrates the claim’s lack of scientific validity. After observing plants grown in California over 16 years, under altered CO2, nitrogen, temperature and water levels, researchers concluded that only higher nitrogen levels increased plant growth, while higher temperatures hindered the plants.

A study in Nature Climate Change concluded that a 1 degree C temperature increase will cause wheat yields to decrease by about five percent, and a French study found higher temperatures negatively affected corn crops.

Another study, published in Science, examined the complexity of CO2 uptake by plants. It found only those associated with particular types of fungi in their roots can take advantage of increased CO2, because the fungi regulate nitrogen plants obtain from soils. Plants such as coniferous trees that associate with ectomycorrhizal fungi can derive benefits from higher carbon dioxide levels, but plants associated with arbuscular mycorrhizal fungi, such as grassland vegetation, can’t.

The Imperial College London researchers cautioned that even plants that can take advantage of higher CO2 levels could be harmed by other climate change impacts, such as increased temperature and ozone concentration. Climate change–related droughts and flooding also hinder plant growth.

The link between #climate change and drought https://t.co/JGFfJVsTJa via @ecowatch #globalwarming #ActOnClimate #divest

Burning fossil fuels, creating emissions through industrial agriculture and destroying “carbon sinks” like wetlands and forests that sequester carbon are already affecting the planet in many ways detrimental to the health and survival of humans and other life.

No matter what inconsistent, contradictory and easily debunked nonsense deniers spread, there’s no denying climate change is real, humans are contributing substantially to it and it will be catastrophic for all life if we do little or nothing to address it immediately.

“We are certain beyond a reasonable doubt … that the problem of human-caused climate change is real, serious, and immediate, and that this problem poses significant risks: to our ability to thrive and build a better future, to national security, to human health and food production, and to the interconnected web of living systems.”

The evidence is clear and overwhelming: Rapid increases in CO2 emissions are not beneficial. It’s past time we started conserving energy and shifting to cleaner sources.