From Pollution to Performance Wear: Fair-Trade Clothes Made From 100% Ocean Plastic Pound-for-pound, Sea Threads is making a difference for our ocean ー literally. The new clothing venture is the first to make clothing from 100% Certified Ocean Plastic, with each performance shirt made from one pound of plastics pulled out of our ocean.

Globally, we produce around 335 million metric tons of plastic each year, the Smithsonian Ocean reported. According to the United Nations Environment Programme, plastic waste pollution is a “major environmental problem of global concern” that has reached “epidemic proportions.” The global body estimated that 100 million tons of plastic are now in the oceans, 80-90 percent of which comes from land-based sources.

This is happening because our linear economies aren’t designed to prioritize recapture and reuse, and most recycling systems aren’t equipped to handle the volume of plastics being used. Thus, only 9 percent of plastics are properly recycled, the Smithsonian estimated. 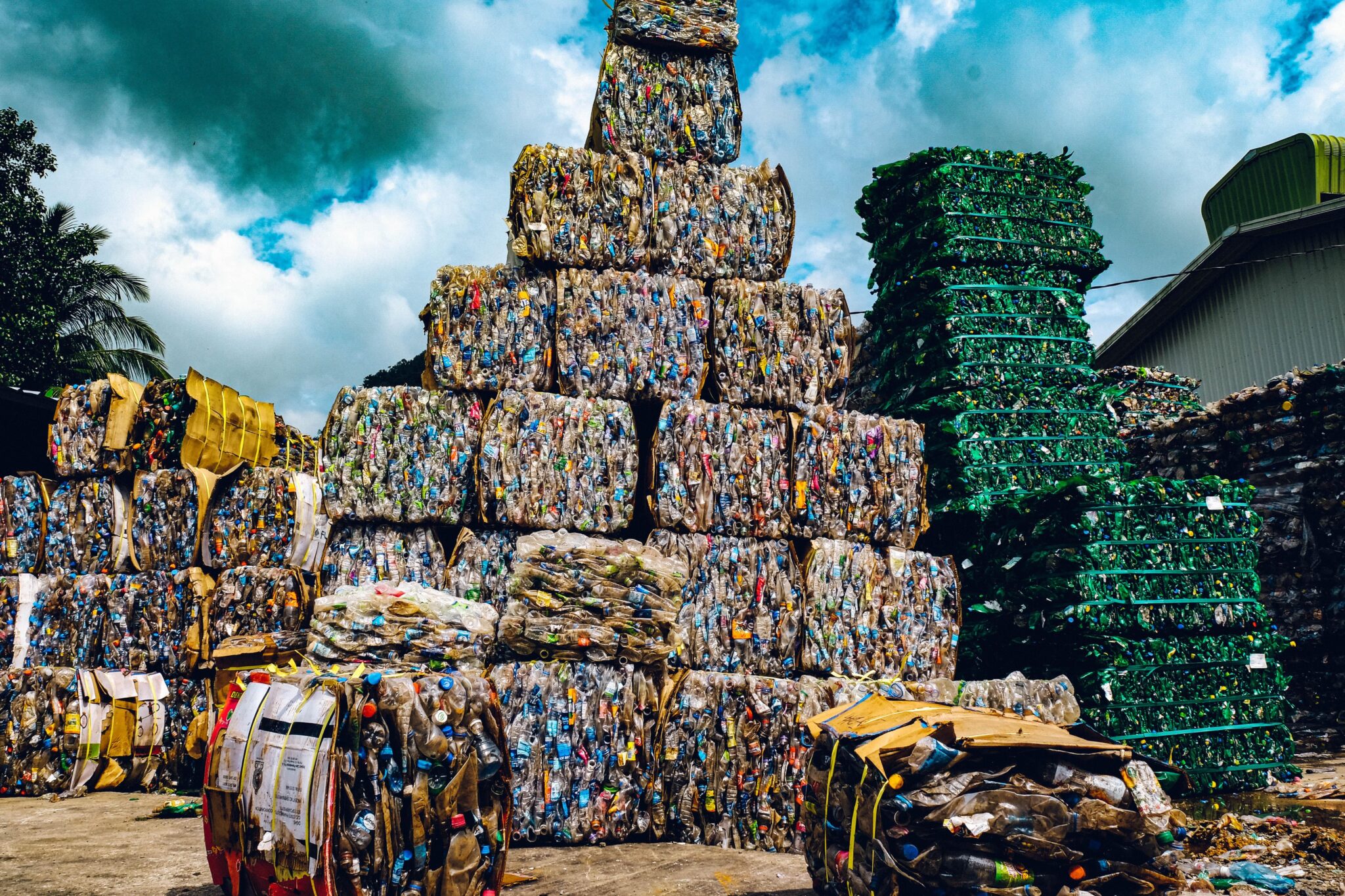 So where does it go? A lot goes to landfill, some gets incinerated and the remainder probably ends up in our ocean ー through direct dumping, by flowing down rivers and streams and coming out of storm drains and sewers.

Once in the ocean, plastic begins affecting all life around it. It directly kills marine animals by choking them, entangling them so they drown or filling their stomachs so they starve. What’s left in the water column can degrade into microplastics, which end up in our seafood and ultimately our bodies. A 2020 study also found that plastic pollution increases ocean acidification.

For Sea Threads CEO Dylan Cross, the ocean plastic crisis is “definitely at the top” of the list of problems he sees. He added, “There’s lots of environmental issues that go hand in hand: global warming, ocean acidification and ocean plastic. I put those all in one group because they all relate to each other, and all are interconnected. Not to mention that the ocean is the center for all life, so anything that potentially threatens it is a really big deal.”

That background is a lot of what motivated Sea Threads’ CEO Dylan Cross to start his company ー to find a way to use business and consumer demand to combat the ocean plastic crisis.

Performance wear clothing has traditionally been made using virgin plastic materials. This material is often moisture wicking, UV protective and breathable, making it ideal for use during exercise. Unfortunately, it also requires the new production of 60 million tons of virgin polyester each year for the sake of textiles, Cross said.

More recently, post-consumer plastics have been used to create “eco-friendly” fashions. These, Cross explained to EcoWatch, are plastics that have already made their way into professional waste management systems and which have been recycled into various products, including textiles.

Cross takes this process one step further, by sourcing raw plastics for textile production from the ocean. He challenged himself to use plastics taken out of the ocean and immediate coastlines instead of virgin or post-consumer materials to produce quality performance wear.

“My motto is: there’s already so much plastic out there, why are we making more? There’s so much we can be pulling from. It’s already a resource; we just have to get it.”

Thus, Sea Threads sources their plastics for polyester production directly from the ocean and immediate coastlines where they were already actively and negatively affecting the ecosystem. This difference matters, especially when it comes to providing consumers with a way to make a difference through their purchases. 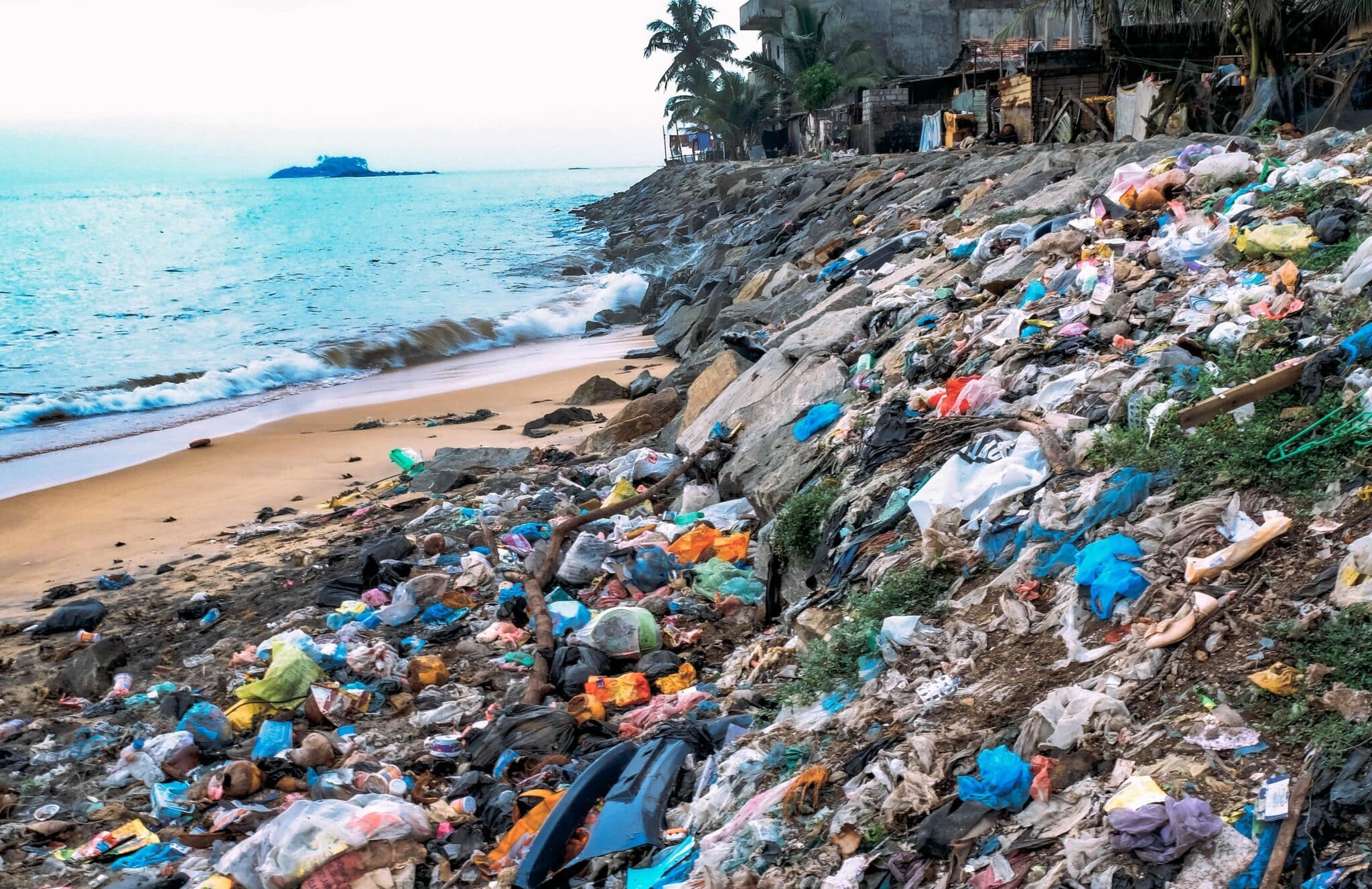 Sea Threads partners with local and governmental organizations in Southeast Asia to clean up the shorelines and seas, using the plastics found to create their product. Sea Threads

“A lot of companies out there are using post-consumer plastic but marketing it with images of a seagull wrapped in plastic. Then, the fine print says it’s a post-consumer product. That’s false marketing in my view,” Cross said. “Companies are selling millions of dollars of bracelets or boardshorts, and a little research shows that it isn’t actually ocean-plastic. It’s plastic that was already plastic headed in the right direction because it was already recycled.”

Cross is quick to add, “Don’t get me wrong: recycling is great and post-consumer waste is great. It’s what you put into the recycling bin, but it’s not what you see on the beach.”

The latter is what he wants to help remove. Cross sees his biggest job as distinguishing that difference.

“Even though the material is all the same, down to the chemical makeup, where it comes from makes a big difference,” he said.

Sea Threads’ plastics are collected by government organizations, micro-entrepreneurial groups and local communities working on Indonesia’s coastlines in areas that lack proper waste management. This region is where 60 percent of ocean plastic pollution originates from, Cross said. The ocean plastic is cleaned, broken down, extruded into fibers for yarn, woven with textiles and shipped to the U.S. Then, the fabric is cut, sewn and printed into finished garments. 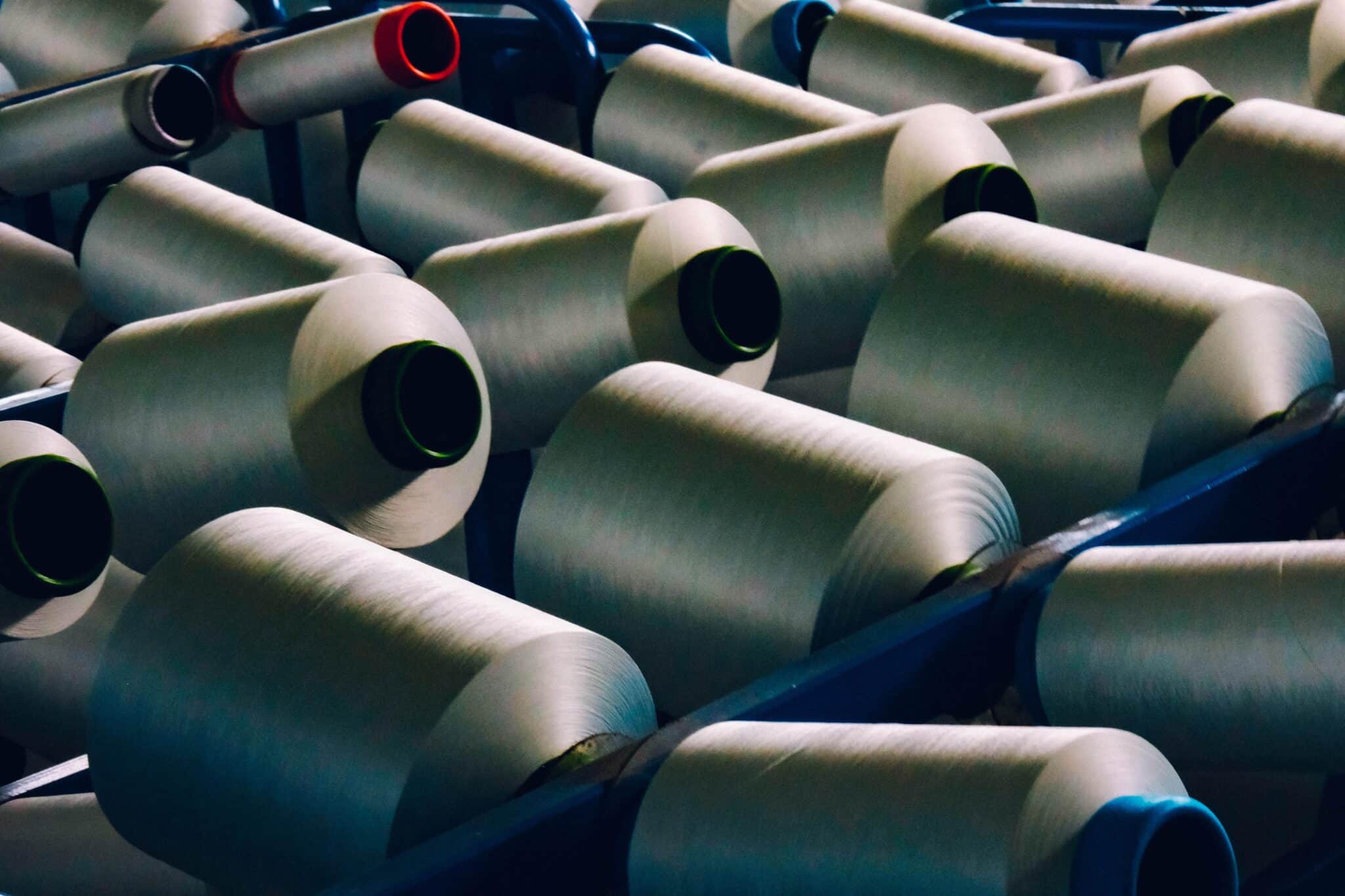 Ocean plastics are removed from the shoreline and sea, cleaned and extruded into yarn that can be woven into shirts and other materials. Sea Threads

Sea Threads’ materials and fair labor practices are certified by some of the world’s leading authorities, including the National Science Foundation, Underwriters Lab, and Global Recycling Standard. They also utilize third-party auditors and document their chain of custody to ensure material quality and authenticity.

“We need to push on all social and environmental fronts,” Cross said. “If you look at textile production and the fashion industry in general, you’ll find that pollutants are dumped directly into waterways and human rights abuses are rampant. I wanted to ensure we were different.”

The company’s Kickstarter campaign hit their goal of 10,000 within 2 hours and eventually doubled their goal. This allowed them to remove over 500 pounds of plastic from the ocean.

“The response has been really incredible,” Cross said. “It shows me that this is definitely something people want to happen. It’s not just me.”

Sea Threads plans to unveil at least two more clothing lines before the end of 2022 and to offer customizable gear. They hope to expand from performance gear into more “beachwear” categories such as towels, boardshorts, hats and rashguards. Their ultimate goal is to replace all virgin and post-consumer plastics being used to make clothing with marine plastic.