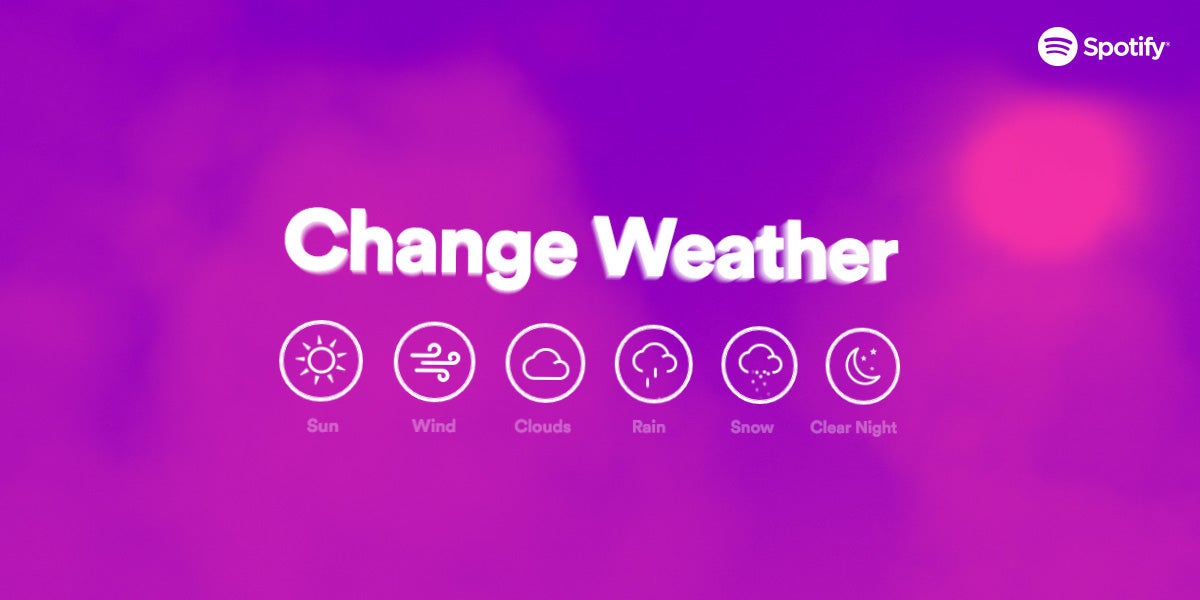 Spotify and AccuWeather have teamed up to create a feature called Climatune, which produces playlists customized to your weather and location. To create Climatune, AccuWeather and Spotify carried out a year-long study from November 2015 to November 2016, analyzing data from more than 1,000 weather stations around the globe and 85 billion anonymous Spotify streams.

If your town or city is having a cloudy day, Climatune will present a playlist called, “What [your city name] listens to when it’s cloudy.” Spotify used a music intelligence platform called The Echo Nest to analyze the acoustic attributes and moods of songs associated with weather conditions, such as clouds, sun, wind, rain and snow.

“There is a clear connection between what’s in the skies and what’s on users’ play queues,” Spotify data researcher, Ian Anderson, said.

Some of the trends discovered are intuitive, such as sunny days typically leading to upbeat music choices and rainy days leading to lower-energy and sadder sounds. But, some interesting localized trends were also revealed. For example, when it rains, people living in Chicago were found to play happy music while those from Houston were 121 percent more likely to choose acoustic music. GeekWire explained that Seattle prefers rap when it rains and “clouds in Paris apparently make people like Coldplay.”

For a deeper look at the data driving Climatune, check out this Spotify Insights post with a series of graphs showing how the weather in different cities affected audio attributes such as acousticness, energy and bounciness. Users can also select weather icons within Climatune to explore the soundtracks of locations having different weather from their own. For example, selecting the sun might take you to Madrid’s page to hear, “Ride,” by Twenty One Pilots.

Steven Smith, president of digital media at AccuWeather, said Climatune is “another innovative, engaging way that AccuWeather personalizes the weather so people can improve their lives.” AccuWeather has a billion daily users. Spotify has 100 Million users and 40 million of them pay for its ad-free premium subscriptions. You can try out Climatune’s customized weather playlist for your location here.