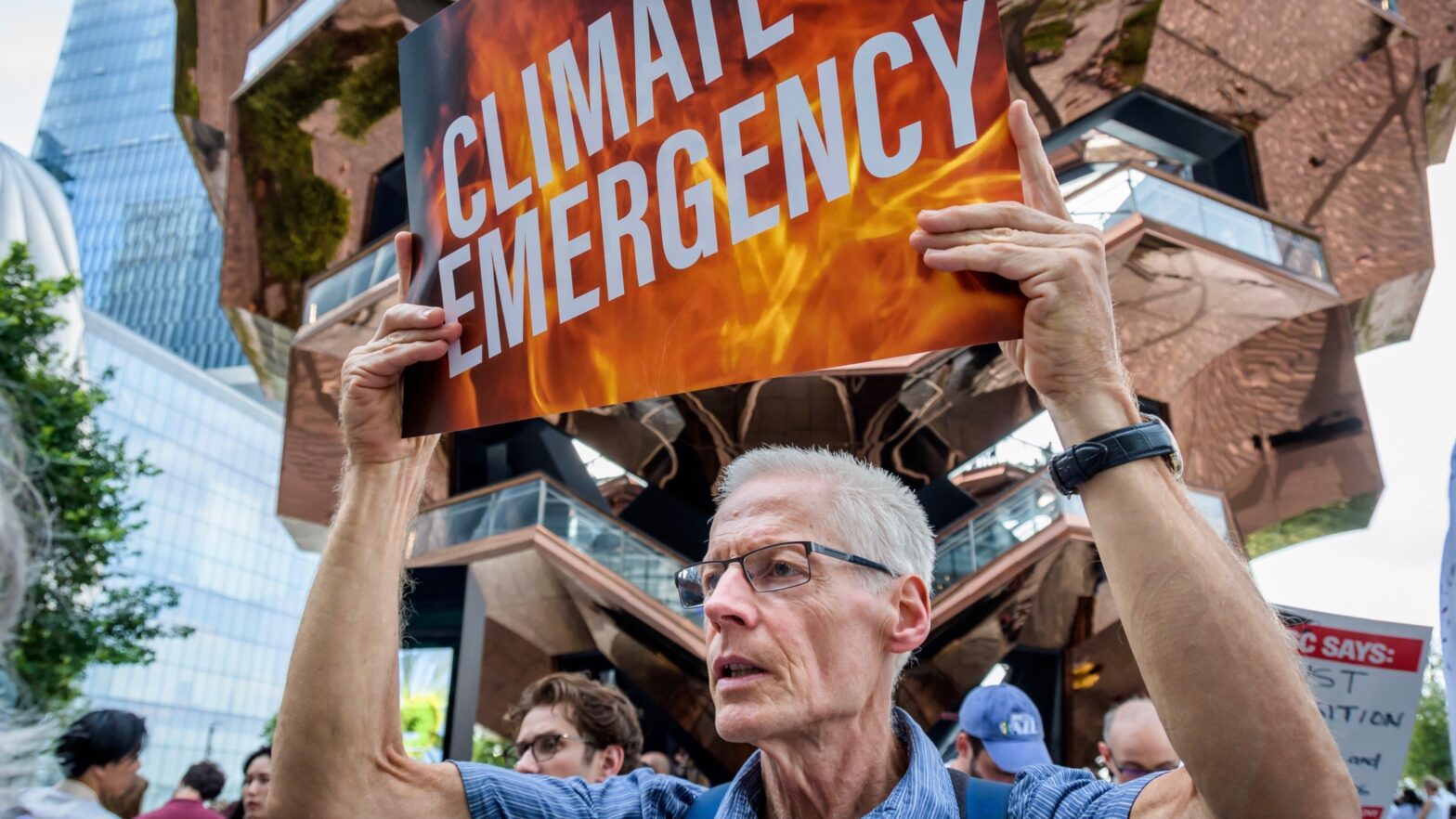 Hundreds of activists gathered outside the CNN studios at 30 Hudson Yards where a Town Hall on Climate Policy was held on Sept. 4. Erik McGregor / LightRocket / Getty Images

For the first time, Democratic contenders for President participated in a town hall solely focused on the climate crisis. For more than seven hours last night, 10 candidates fielded questions from an audience of Democratic voters and from CNN’s moderators.

After a summer of record heat waves, wildfires and ice melt, and on the heels of Hurricane Dorian stalling over the Bahamas and dropping record rainfall, there were no longer softball questions about whether or not human-induced climate change is real. Instead, questions touched on many aspects of environmental damage, not just from coal and cars, but also from farming, industry, human migration, adaptation, deforestation, trade, the food system and the racial and economic divide in the face of a changing climate, amongst several other topics.

Throughout the night, the candidates faced some straight forward questions from the moderators about light bulbs and plastic straws; the tough questions came from young people in the audience, as The New York Times pointed out. In fact, one of the questions seemed to rattle former Vice President Joe Biden.

“How can we trust you to hold these corporations and executives accountable for their crimes against humanity when we know that tomorrow you are holding a high-dollar fund-raiser hosted by Andrew Goldman, a fossil fuel executive?” asked Isaac Larsen, a 27-year-old Ph.D. candidate at Northwestern.

Biden then used an outsized portion of his 40-minutes to explain away his connections to Andrew Goldman, a co-founder of a liquid natural gas company. Biden was also asked by a 19-year-old how her generation can trust him to prioritize their future over big business.

A high school student asked Julian Castro why he should be trusted when he supported fracking as mayor of San Antonio. Similarly, a college student asked Amy Klobuchar if she could actually stand up to the beef and dairy industry when they have so much influence in government and, in particular, Minnesota, which she represents in the Senate.

Several of the candidates took exception to the questions that the moderators asked as too simplistic and too much an echo of conservative talking points. For example, being asked if the US should rejoin the Paris Climate Accord, Sen. Cory Booker bristled, “”I’m sorry. That is, like, a cost of entry even to run for president or talk about the presidency.”

Elizabeth Warren was exasperated by Chris Cuomo’s question about whether the government should regulate light bulb uses. She pointed out that it is a conservative talking point to the put the onus on the consumer rather than polluting industries, as Mother Jones reported.

“Oh come on, give me a break,” Warren said to Cuomo. “This is exactly what the fossil fuel industry wants us to be talking about. That’s what they want us to talk about: This is your problem.”

And, when Sen. Bernie Sanders was asked by Anderson Cooper if he would reinstate the light bulb requirement, he simply answered, “Duh!”

Some other notable moments came from Andrew Yang who offered creative solutions and knew how much of a carbon-tax he would like to levy. He also championed changing the calculation of gross domestic product to include environmental factors. “Let’s upgrade it with a new score card that includes our environmental sustainability and our goals,” he said.

Sen. Kamala Harris said she would direct the Department of Justice to investigate oil and gas companies whose practices “are causing harm and death in communities. And there has been no accountability,” she said.

Sanders boasted about his trillion spending plan as the most serious approach to a mounting crisis. “We are fighting for the survival of the planet Earth, our only planet. How is this not a major priority?” Sanders asked during the town hall.

Sanders also unequivocally opposed nuclear power plants. “It doesn’t make a whole lot of sense to me to add more dangerous waste to this country and the world when we don’t know how to get rid of what we have now,” he said, as the The New York Times reported.

That differed from several other candidates. Both Andrew Yang and Sen. Booker championed nuclear power as a necessary ingredient for net-zero carbon emissions by 2050 plan. Harris worried about waste, but said she would leave it up to the states to decide, according to the The New York Times.