Are We Really Past the Point of No Return on Climate? Scientists Respond To Controversial New Study 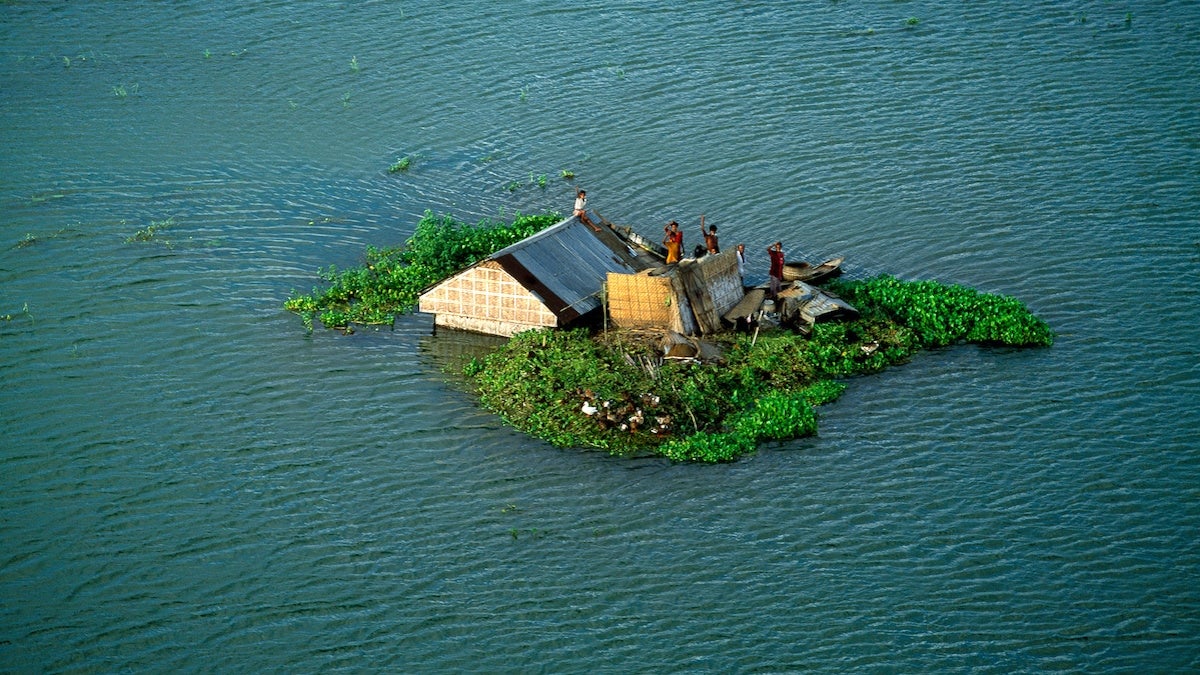 A flooded house south of Dhaka, Bangladesh. A new climate study has found we could be locked in for nearly 10 feet of sea level rise by 2500 even if we stop emissions today. Yann Arthus-Bertrand / Getty Images Plus

A controversial new climate study has found that, even if greenhouse gas emissions were halted tomorrow, it might not be enough to stop temperatures from continuing to rise.

The study, published in Scientific Reports Thursday, was conducted by two researchers at the BI Norwegian Business School. They used the ESCIMO climate model to determine that, even if emissions ceased tomorrow, the permafrost would continue to thaw for hundreds of years.

“According to our models, humanity is beyond the point-of-no-return when it comes to halting the melting of permafrost using greenhouse gas cuts as the single tool,” lead author and professor emeritus of climate strategy Jorgen Randers told AFP. “If we want to stop this melting process we must do something in addition – for example, suck CO2 out of the atmosphere and store it underground, and make Earth’s surface brighter.”

However, other scientists have pointed to the simplicity of the model Randers and his colleague Ulrich Goluke used and cautioned against misinterpreting their findings as a reason to give up on climate action.

“This paper clearly may be cited in support of a misleading message that it is now ‘too late’ to avoid catastrophic climate change, which would have the potential to cause unnecessary despair,” University of Exeter climate scientist professor Richard Betts said in response. “However, the study is nowhere near strong enough to make such a frightening message credible.”

So what exactly does the study say? The researchers used their model to see what would happen by 2500 if emissions stopped today and if they slowly declined to zero by 2100, as AFP explained. In the first scenario, temperatures would still rise to around 2.3 degrees Celsius above pre-industrial levels within the next 50 years, taper off, then rise again starting in 2150. By 2500, the world would be around three degrees Celsius warmer and sea levels would rise by around three meters (approximately 9.8 feet). In the second, temperature and sea level rise would end up in the same place, but the temperature increase would be much faster.

The reason for the persistent increase comes from three feedback loops, the model found.

The only way to have prevented runaway climate change would have been to have stopped burning fossil fuels between 1960 and 1970, the model found, as USA TODAY reported. In order to stop temperatures and sea levels from rising now, we would have to remove at least 33 gigatons of carbon dioxide from the atmosphere every year starting this one.

The study authors were the first to admit their findings were limited to one model.

“We encourage other model builders to explore our discovery in their (bigger) models, and report on their findings,” they wrote.

However, Betts noted that their model was not the model used by the Intergovernmental Panel on Climate Change (IPCC) and did not realistically simulate how the climate works.

Penn State University meteorologist Michael Mann agreed. He told USA TODAY that it was not very complex and did not accurately reproduce atmospheric and ocean circulation systems.

“While such models can be useful for conceptual inferences, their predictions have to be taken with great skepticism. Far more realistic climate models that do resolve the large-scale dynamics of the ocean, atmosphere and carbon cycle, do NOT produce the dramatic changes these authors argue for based on their very simplified model,” he said. “It must be taken not just with a grain of salt, but a whole salt-shaker worth of salt.”

That said, even the models used by the IPCC show that we will need to draw down carbon dioxide from the atmosphere to reach the Paris agreement goal of limiting warming to 1.5 degrees Celsius above pre-industrial levels, even if we achieve zero emissions by 2050.

“What the study does draw attention to is that reducing global carbon emissions to zero by 2050 is just the start of our actions to deal with climate change,” University College London climate professor Mark Maslin said in response.