"It's even more urgent now than it was before," said Greta Thunberg. 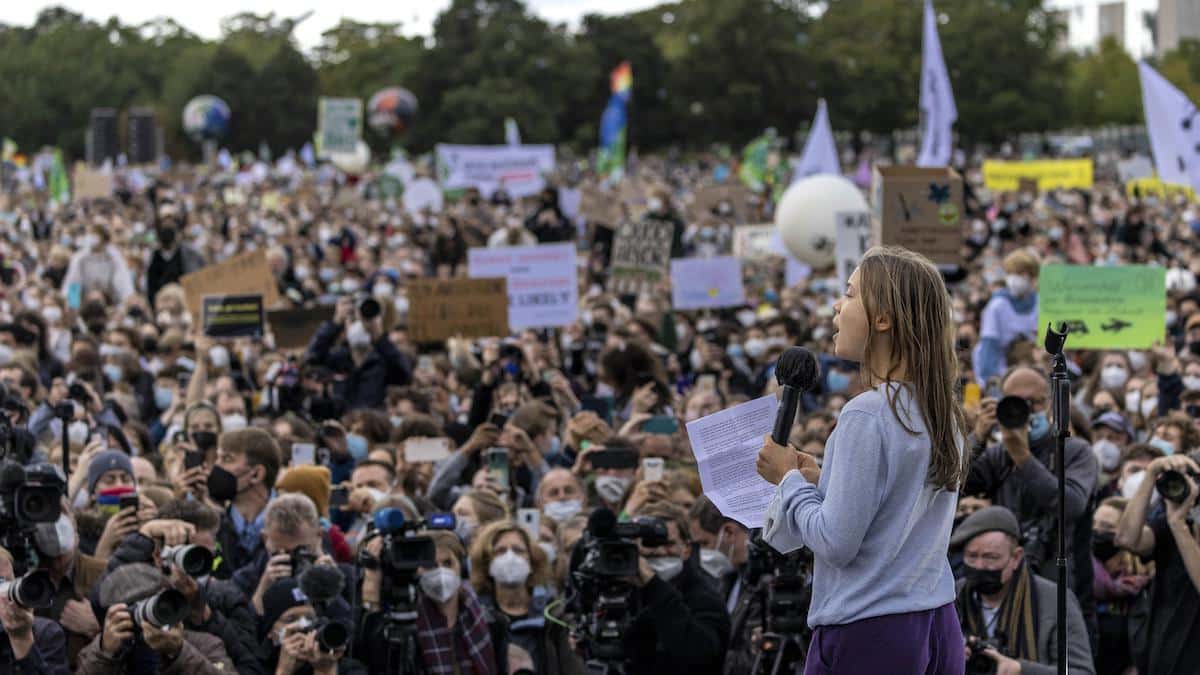 Climate activist Greta Thunberg speaks at a large-scale climate strike march by Fridays for Future in front of the Reichstag on Sept. 24, 2021 in Berlin, Germany. Maja Hitij / Getty Images

Young people by the hundreds of thousands took to the streets across the globe on Friday to deliver a resounding message to world leaders: The climate crisis is getting worse, and only radical action will be enough to avert catastrophe and secure a just, sustainable future for all.

From Pakistan to Italy to Germany to the Philippines, the worldwide “Uproot the System” actions marked the largest climate demonstrations since the coronavirus pandemic forced campaigners to take their protests online last year. Climate activists in developing countries — where access to vaccines is limited due to artificial supply constraints and hoarding by rich nations — were still forced to limit the size of their demonstrations Friday as a public health precaution.

“Last time it was digital and nobody was paying attention to us,” Yusuf Baluch, a 17-year-old activist from the Pakistani province of Balochistan, told Reuters. “In the global north, people are getting vaccinated so they might be out in huge quantities. But in the global south, we are still limited.”

The Global Climate Strike continues! Balochistan is predominantly agriculture-based. They have been affected by drought due to climate change and the problems faced by people are increasing alarmingly.

Swedish activist Greta Thunberg, whose solitary sit-down strike outside her home country’s parliament in 2018 helped spark the global Fridays for Future movement, said that “it has been a very strange year and a half with this pandemic.”

“But of course, the climate crisis has not disappeared. It’s the opposite — it’s even more urgent now than it was before,” said Thunberg, who on Friday joined a large demonstration in Berlin, which was hammered by massive, climate-linked floods in July.

Watch Thunberg’s full speech in front of the Reichstag building:

Organizers said that more than 1400 climate strikes are set to take place in at least 70 countries Friday, with hundreds of thousands expected to attend demonstrations in Germany alone.

The latest youth-led global action kicked off just weeks ahead of the pivotal COP26 climate summit in Glasgow, which many civil society organizations want to be postponed over fears that inequities in coronavirus vaccine access could prevent delegates from developing nations — those most vulnerable to the climate crisis — from attending.

Equalizing global vaccine distribution is one of the six demands that climate campaigners are aiming to put before world leaders during Friday’s mass demonstrations. The full list is as follows:

The worldwide demonstrations came a week after the United Nations warned that even if the 191 parties to the Paris agreement meet their current climate targets, global greenhouse gas emissions will still rise 16% by 2030 compared to 2010 levels. The UN also estimated that the planet is on track for 2.7°C of warming by the end of the century, a level of heating that experts say would be cataclysmic — particularly for developing nations.

Calling for #UprootTheSystem, we strike against the systemic roots of the climate crisis and demand for drastic emission cuts and people-centered adaptation.#Klimalaman#FridaysForFuture pic.twitter.com/vZ4C0hN6Vx

People from different cities in Bangladesh have started their strikes to demand for climate justice and climate action! #UprootTheSystem #FridaysForFuture pic.twitter.com/bP0ZTRrmea

At the UN General Assembly in New York this week, the leaders of vulnerable countries pushed wealthy nations — the largest contributors to the climate emergency — to stop shirking their responsibilities to confront the planetary crisis.

Participants in Friday’s global action pointedly amplified that message. Valentina Ruas, a Brazilian activist, told The Guardian that “the global north should be developing climate policies that have at their core climate justice and accountability to the most affected people and areas.”

“Instead,” she added, “they continue to exploit vulnerable communities and recklessly extract fossil fuel, while bragging about their insignificant emission reduction plans.” 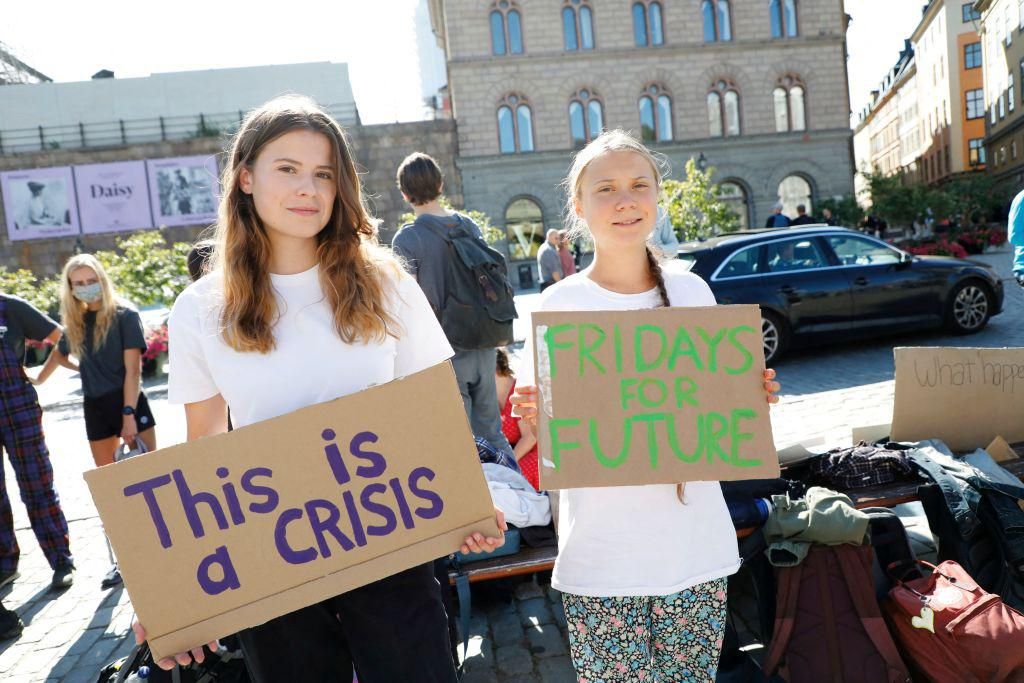