UN: ‘Climate-Smart’ Cities Are the Future – Here Are Three Examples 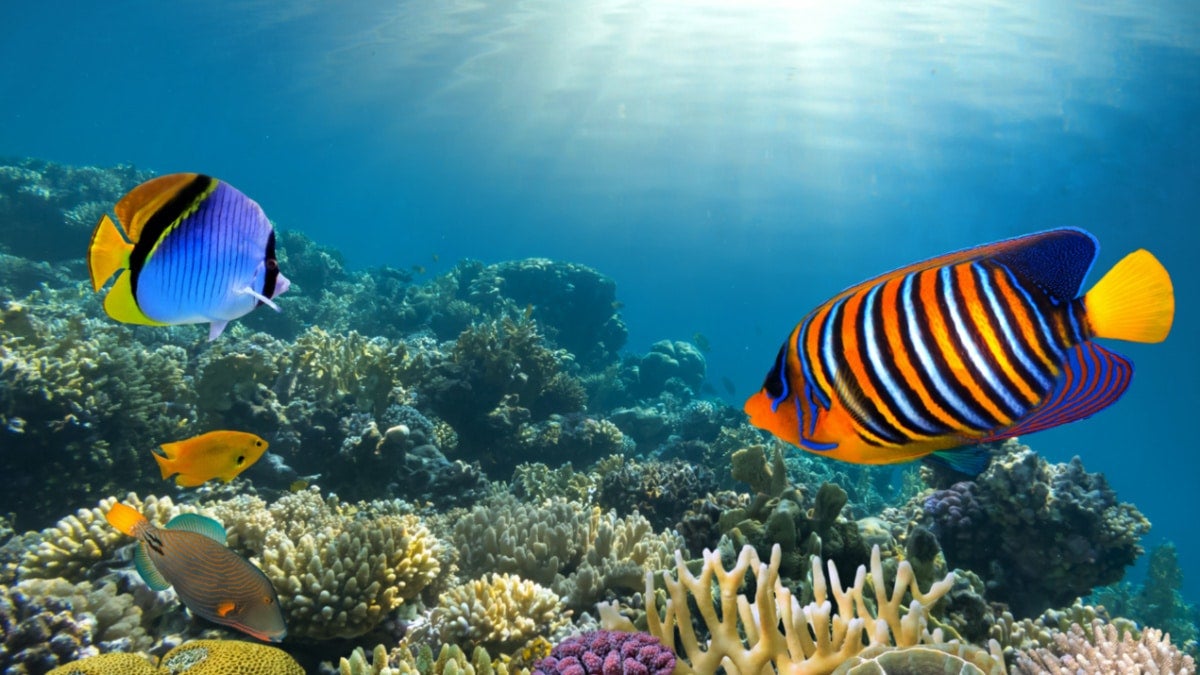 The United Nations Development Program is piloting an insurance scheme to protect and boost the Meso-American reef in Mexico as a natural defense, and as a source of income for coastal populations. vlad61 / Getty Images

More than half of the world’s population lives in cities, and most future population growth is predicted to happen in urban areas. But the concentration of large numbers of people and the ecosystems built around their lives has also been a driver of climate change.

Cities are responsible for 70% of global greenhouse gas emissions, according to a new report from the United Nations Development Program (UNDP). And they are highly exposed to many of the impacts of the climate change they contribute to, in particular heat stress, flooding and health emergencies. Making cities more resilient, sustainable, inclusive and safe is one of the United Nations’ Sustainable Development Goals (SDG 11), requiring sustained investment.

By becoming more “climate-smart,” as the UN calls it, cities can combat the mounting pressure of climate change they both cause and suffer from. Ultimately, improving the urban infrastructure in this way, cities can enhance their resilience, reduce climate risk and increase liveability and competitiveness.

Building climate-smart cities can involve a vast range of measures, depending on the location’s needs – from flood defenses and drainage canals, to electrified transport and the creation of green spaces for urban cooling.

Here are three examples of projects highlighted by the UNDP that underscore the impact of climate-risk-abating measures.

Over the past few years, Chile’s capital, Santiago de Chile, has bought 455 electric buses, and plans to raise this to nearly 800 by the end of 2020. The e-buses do not generate emissions through their operation, reducing air pollution and its associated impact on human heath and productivity. Air conditioning and a quieter ride are also popular with Santiago’s public transport users.

Latin America’s first “electric corridor” now operates along one of Santiago’s major transport axes, the International Energy Agency (IEA) reports. It is only served by e-buses and consists of bus stops using solar panels to power free Wi-Fi, USB charging and LED lighting – further adding to the attractiveness of the e-bus network for users.

The e-buses also help the local government to reduce operational expenditure. They cost an impressive 70% less to operate and maintain than diesel-powered buses, offsetting their higher cost of purchase, which is nearly double that of a conventional bus. These huge reductions may also lead to lower fares – which could encourage more people to use public transport.

Chile has electrification targets for both private and public transport and has put substantial effort into building demand for EVs and charging infrastructure. Its transport minister has recently issued a tender for the procurement of 2,000 more e-buses, and the project is set to be extended to other cities in Chile.

Although more than nine out of 10 electric buses in 2019 were registered in China, South America is a major growth market for e-buses, according to the IEA. Santiago’s e-fleet is the largest, but cities in Argentina, Brazil, Colombia and Ecuador also operate electric buses.

As the number of urban dwellers grows, feeding them is likely to become an ever greater challenge. By 2050, it is expected that 80% of all food will be consumed in cities. Where space is limited for traditional farming or the climate makes it difficult to grow sufficient food, hydroponic farming could be one solution.

Hydroponics is a water-based farming process that feeds plants nutrient-rich water, rather than them being planted in soil. Because roots don’t have to burrow into the ground, hydroponically farmed plants take up a smaller footprint and can be stacked vertically.

By carefully controlling the plant’s environment and nutrient intake, hydroponic farming can not only increases yield by a factor of 10 per hectare, but it can also make better use of resources – reducing waste, water usage, pesticides and fertilizers – compared with traditional farming methods. Being indoors, they are less affected by pests and weather events, and crops can be grown close to where they will be consumed. This can save ‘food miles’ and associated emissions, according to the UN report.

Abu Dhabi is now providing 0 million in funding to build a vertical farm of over 8,200 square meters (88,000 square feet) for both research and development and the commercialization of crops. The objective for the Abu Dhabi Investment Office, which has granted the funding, is to turn “sand into farmland,” boost local food production and accelerate the growth of its agricultural technology ecosystem.

The facility will house four different vertical farming companies, whose initiatives will include indoor tomato cultivation, the development of an irrigation system and an R&D center.

Similar forays into vertical farming are under way around the world, including in neighboring Dubai, which recently launched its first in-store hydroponic farm.

When hedging against climate risk, natural solutions can be important elements in a city’s sustainable infrastructure.

Coral reefs are a case in point, serving as natural barriers against hazards such as ocean surges and flooding. They can absorb as much wave energy as seawalls and breakwaters, which are less durable.

The UNDP report says reefs and other natural defenses are less costly to maintain than man-made solutions and could save as much as 0 billion in cases of natural disasters.

However, it says, 20% of reefs have been lost globally and another 15% are in danger, and funding for their restoration and maintenance is limited and such initiatives only happen on a small scale.

In Mexico, the UNDP is now piloting an insurance scheme to protect and boost the Meso-American reef – the second largest globally – as a natural defense, and as a source of income for coastal populations.

Reef2Resilience is similar to a trust fund that local businesses pay into. The role of the fund is two-fold. It invests in restoring and maintaining the reef – so it can offer better natural protection. And it pays for catastrophe insurance so that the reef and its surrounding ecosystem can recover quickly after a natural disaster, ensuring future protection and protecting the livelihoods of coastal communities.

An extension of the project to the Caribbean and Asia is being discussed.

Climate-Smart Infrastructure as an Investment Opportunity

Climate-smart urban infrastructure, whether technology-driven or natural, represents a trillion investment opportunity – ranging from renewable energy to public transport and from electric vehicles to green buildings, the report says. And that’s just in developing economies.

New funding models, policies and risk assessment will be needed to overcome barriers to investment and bring out the long-term value of climate-smart infrastructure for growing urban populations.