#ClimateSilence: Corporate Media Called Out for Whiffing on ‘Most Important Story in the World’ 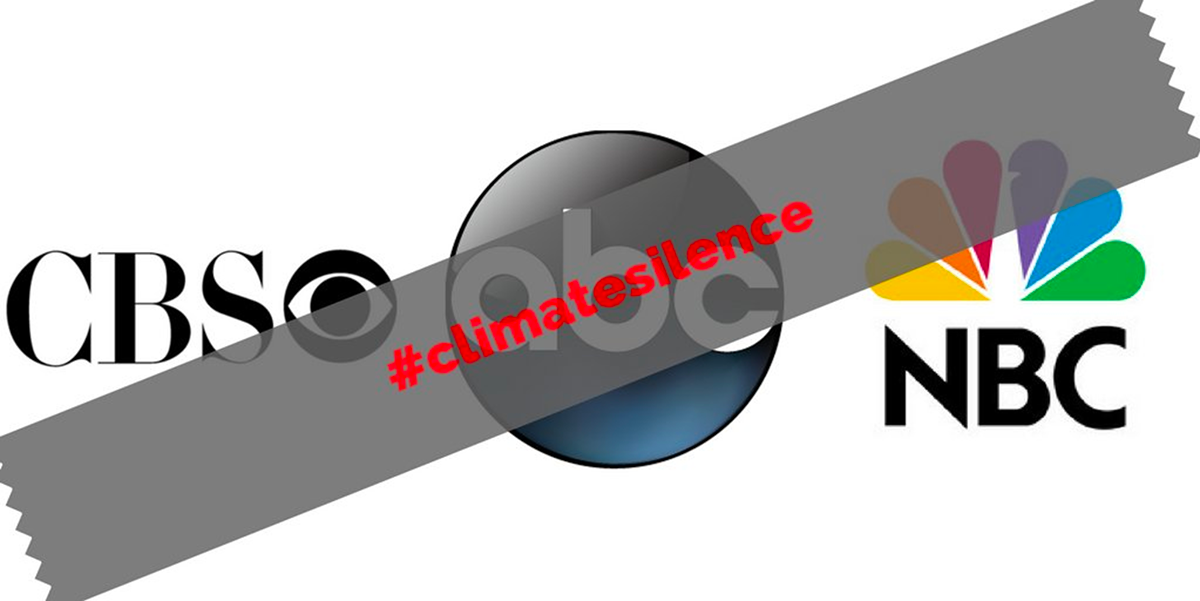 Using social media on Wednesday, advocates for climate action spoke out forcefully—and in huge numbers—against major media outlets that enable those who deny the connection between global warming and extreme weather events like Hurricane Harvey and Irma.

Using the hashtag #ClimateSilence, 350.org initiated a campaign aimed at calling out corporate media companies that have failed to include the issue of climate change—and humans’ role in accelerating global warning—in most of their coverage of the recent hurricanes that have devastated Houston, the Caribbean and South Florida.

“With a few exceptions, the major TV networks completely failed to cover the scientifically proven ways that climate change is intensifying extreme weather events like hurricanes Harvey and Irma,” said 350.org’s executive director, May Boeve. “That’s not just disappointing, it’s dangerous. We won’t be able to turn this crisis around if our media is asleep at the wheel.”

As Hurricane Irma approached the Miami area from the Caribbean last week, many recalled Florida Gov. Rick Scott’s refusal to acknowledge the consensus of 97 percent of peer-reviewed climate scientists regarding the impact of carbon emissions and other human activities on climate change.

Though Florida’s low-lying coastlines make it one of the most vulnerable states to rising sea levels and other effects of climate change, according to a 2015 report by the Florida Center for Investigative Reporting, state employees have been discouraged from using the terms “global warming” and “climate change.” Scott has skirted around questions about climate science, telling reporters, “I am not a scientist.”

Meanwhile, U.S. Environmental Protection Agency head Scott Pruitt scolded journalists for asking about the link between climate change and the size and strength of Hurricanes Harvey and Irma, telling CNN such questions were “misplaced” and “very, very insensitive” to victims of the storms.

350.org and millions of Twitter users argued on Wednesday that by not contextualizing the role of global warming throughout their coverage of storms like Irma and Harvey, media outlets are as much to blame for inaction on climate change as the politicians who deny its existence.

@ABC failed it’s 8,512,000 viewers who tuned into the networks hurricane coverage by staying silence on climate. Break the #climatesilence

Time for to end the #ClimateSilence. These hurricanes are climate disasters and we need immediate action. @ABC @NBCNews @CBS @CNN pic.twitter.com/brPFkclVj9

#HurricaneIrma: driven by fossil fuels. @ABC, @CNN & all need to demand answers about what the response should be. Break the #climatesilence

#ClimateSilence
Please @abcnews @NBCNews @CBSNews speak to truth about the recent weather events in the USA and climate change.

Fact: climate change can make hurricanes like #Harvey & #Irma stronger. With deniers in charge, it's up to media to end the #ClimateSilence.

Jamie Henn, co-founder of 350.org, noted the enthusiasm the tweet storm generated over the course of the afternoon.

“The #ClimateSilence effort came together in under 24 hours, with all sorts of groups and individuals chipping in,” said Boeve. “The huge traffic on the hashtag shows just how hungry the public is for the press to do their job and talk about climate change, the role of the fossil fuel industry, and the promise of clean energy. This is the most important story in the world and it needs to be told.”