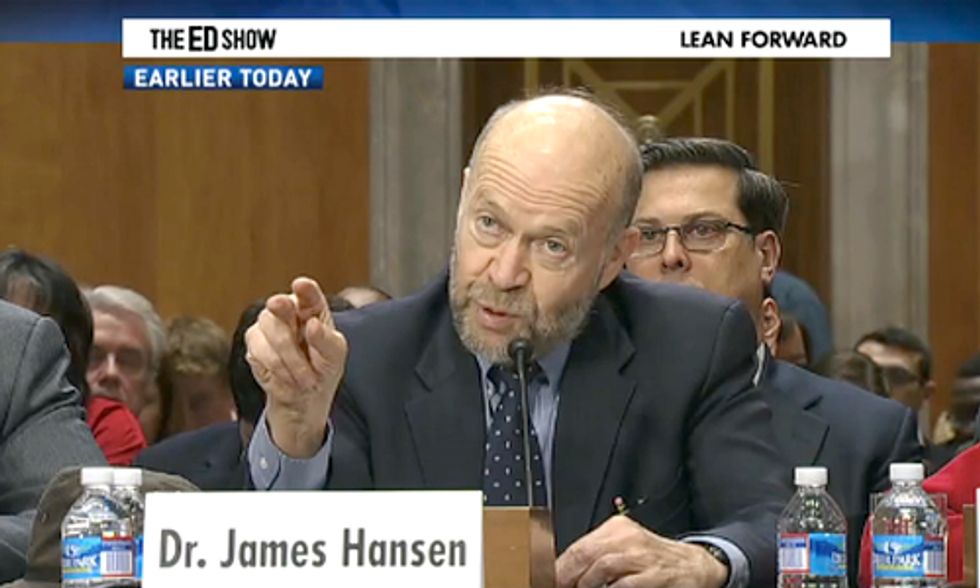 If you missed footage from the U.S. Senate's Foreign Relations Committee's hearing on the proposed Keystone XL Pipeline—and the accompanying testimonies that ranged from enlightening to erroneous—a widely viewed MSNBC talk show provided the footage Thursday.

The Ed Show's opening segment containing hearing excerpts from the likes of Dr. James Hansen and Karen Alderman Harbert, the president and CEO of the U.S. Chamber of Commerce’s Institute for 21st Century Energy, exemplify the varying opinions on the pipeline and climate change.

Given recent findings about tar sands, both men wondered how Keystone XL could possibly be approved. However, Schweitzer reminded viewers that the fight for cleaner air should not revolve around Keystone XL—he spoke about 81 other pipelines, most of which are already carrying oil sands from Canada to the U.S., as well as a few others that are in the works that involve Thunder Bay, Canada, the Great Lakes and more.

"There's 2.2 trillion barrels that are stored in Canada, the largest deposit of oil on the planet. It's going to be developed, whether we bring (Keystone XL) across Nebraska, or it's rail or barges, as long as we're using oil in this country, we're either going to import it from Canada, Saudi Arabia or Venezuela," Schweitzer said.

"But it isn't just the Keystone Pipeline that is going to be the line in the sand."