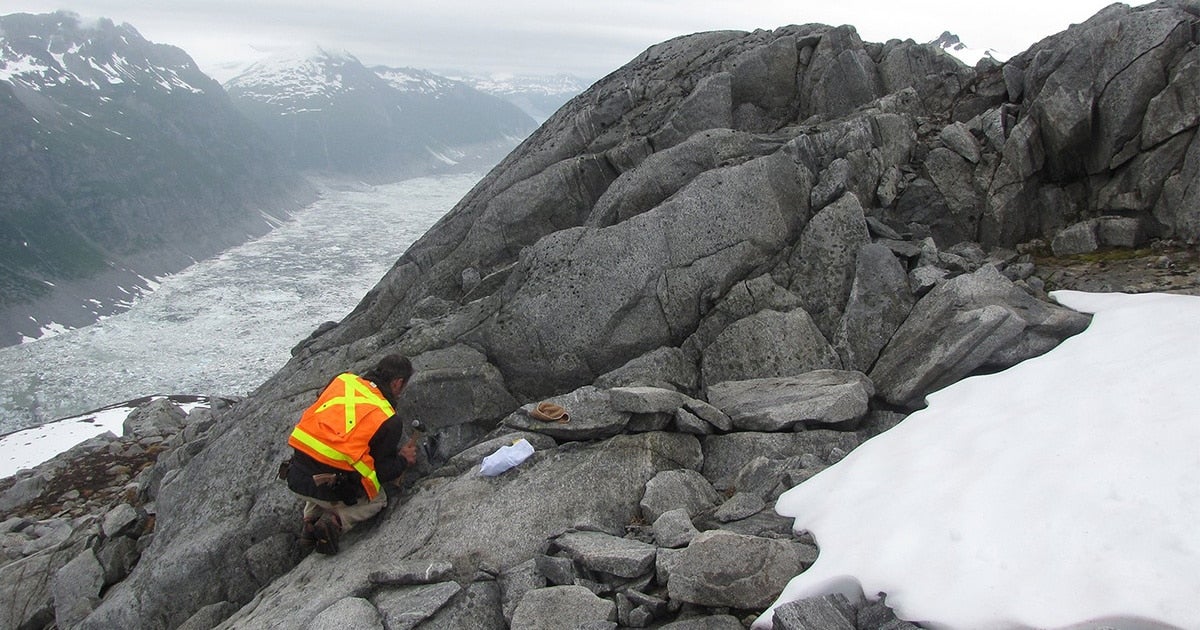 A USGS geologist collects samples of granitic bedrock above Blockade Glacier in the Neacola Mountains of Alaska. U.S. Geological Survey / CC BY 2.0

The Trump administration is changing the way some government agencies conduct climate science, The New York Times reported Monday, limiting them from assessing the future consequences and worst-possible outcomes of climate change.

Former petroleum geologist and Trump’s appointee to direct the U.S. Geological Survey James Reilly has prohibited scientists on his team from using computer models that predict climate impacts past 2040, and the next National Climate Assessment (NCA), due in 2021 or 2022, will no longer necessarily include the worst-case-scenario predictions for global warming.

“What we have here is a pretty blatant attempt to politicize the science — to push the science in a direction that’s consistent with their politics,” Woods Hole Research Center President Philip B. Duffy, who reviewed the most recent NCA as part of a National Academy of Sciences panel, told The New York Times. “It reminds me of the Soviet Union.”

Does the future of climate change look grim? Then don't look so far into the future! The latest Trump administration plan is, well, read for yourself. Great work from @CoralMDavenport and @MarkLandler
https://t.co/slL9e1FoSH

Reilly’s mandate would have important consequences because decisions made now about greenhouse gas emissions will most likely bear fruit after 2040. Models show temperatures rise at about the same rate through 2050, then vary significantly through the end of the century based on how many fossil fuels we continue to burn.

The Trump administration had already tried to downplay the National Climate Assessment by releasing it over Thanksgiving weekend. And President Donald Trump stated when it was released that he didn’t believe it. But the most recent assessment, which warns that temperatures could rise by as much as eight degrees Fahrenheit by 2100, could still have legal consequences for the administration as it attempts to roll back Obama-era climate policies, such as the Clean Power Plan and vehicle fuel efficiency standards. Opponents of the rollbacks say they will challenge them on the grounds that the government’s own scientists conclude that greenhouse gas emissions will be harmful. This has motivated the administration to change the conclusions of future reports.

“They’ve started talking about how they can produce a report that doesn’t lead to some silly alarmist predictions about the future,” leader of the energy program at the Competitive Enterprise Institute Myron Ebell, who also headed Trump’s transition team at the Environmental Protection Agency (EPA), told The New York Times. 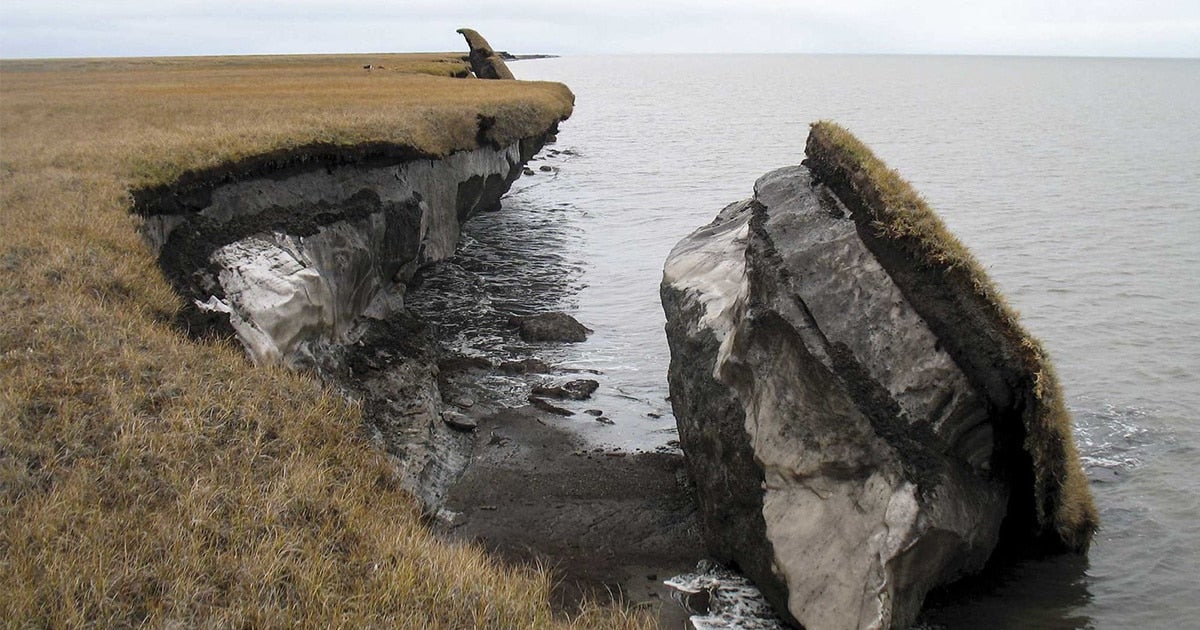 EPA spokesperson James Hewitt gave the official rationale for the changes in an email to The New York Times.

“The previous use of inaccurate modeling that focuses on worst-case emissions scenarios, that does not reflect real-world conditions, needs to be thoroughly re-examined and tested if such information is going to serve as the scientific foundation of nationwide decision-making now and in the future,” Hewitt wrote.

But Katharine Hayhoe, Climate Science Center at Texas Tech University director and NCA author pushed back on Hewitt’s statement in posts on Facebook and Twitter.

First, she argued that the NCA was based not on “emissions scenarios” but on “forcing” (the difference between energy absorbed by the earth and released back into space) scenarios consistent with different potential emissions pathways.

“Small issue, yes; but it suggests that he doesn’t understand the scenarios,” she wrote.

Second, the NCA didn’t only focus on the most extreme scenarios, but actually offered a range of possibilities. And third, the computer models behind the worst-case scenarios were not at all inaccurate.

Third (yes, there's actually three issues with one short phrase), the idea that the worst-case scenario is a product of inaccurate modeling is also false and completely contradicts the fact-based conclusion of Vol 1, Ch 4: pic.twitter.com/FDGHaL7Ldo

In addition to changing how future NCA reports are written, the administration also looks more likely to challenge the conclusions of the most recent ones. The challenge would come via a climate review panel headed by Trump’s senior director for emerging technologies at the National Security Council (NSC) William Happer, a Princeton physicist and well-known climate denier who once claimed “the demonization of carbon dioxide is just like the demonization of the poor Jews under Hitler.”

Some Trump officials like chief economic adviser Larry Kudlow are against the idea, saying it could be perceived as a political attack on science, but, in a May 1 meeting, Trump did not seem persuaded by their cautions, The New York Times reported. Happer said he thought the idea would proceed.

If it does, Alison Durkee predicted in an assessment for Vanity Fair that it could backfire.

“[T]he Trump administration’s blatant disregard of scientific evidence and the planet’s future may not be politically expedient. Recent polls have suggested that even Republicans are starting to come around on taking action against climate change, and other Republican politicians have been responding by ramping up their own talk against climate change,” Durkee wrote.

Not all government agencies are affected by the administration’s efforts. The National Oceanic and Atmospheric Administration said it would not change how it conducts climate science, the agency told The New York Times. 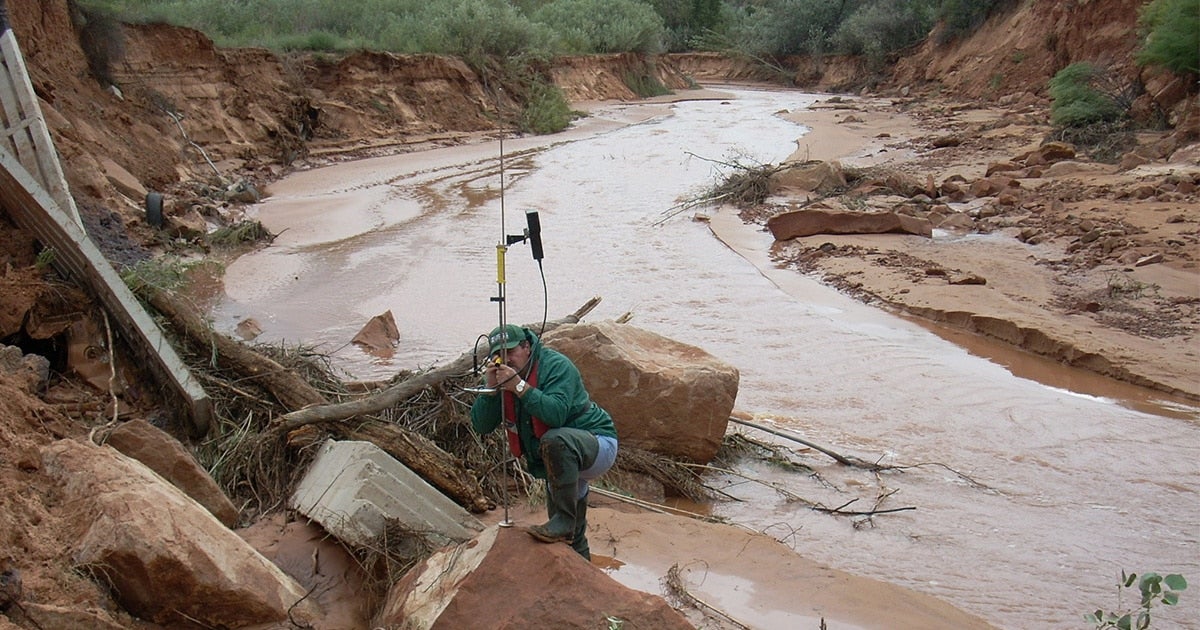 A USGS scientist taking streamflow measurements in southwest Utah following a deadly flash flood in 2015. USGS scientists provide information to emergency managers and flood forecasters so that they can make informed decisions to prevent possible harm.