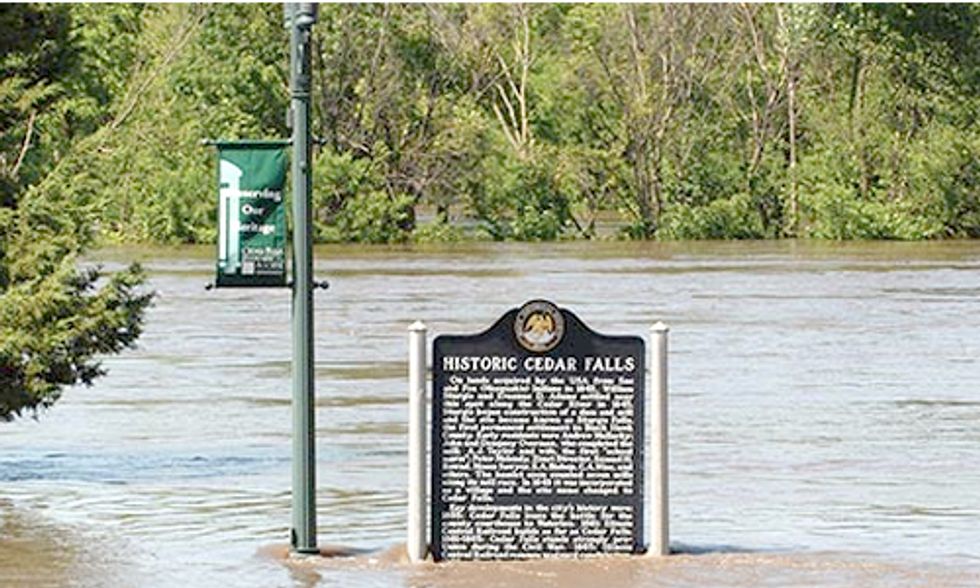 As part of a series of technical inputs to the NCA, Island Press issued nearly 300 pages of context for the Midwest with its Climate Change in the Midwest: A Synthesis Report for the National Climate Assessment, released this month. It uncovers trends throughout the region and provides more information on the NCA's projections, essentially supporting calls to address climate change.

An Island Press report expounds on the dangers climate change is presenting and will continue to present in states like Iowa. Photo credit: National Climate Assessment.

Here are some facts in the report, issued by five scientists:

"Changes in Great Lakes water levels, regardless of the sign of the projected change, will have a large impact on hydrogeomorphologic features such as beaches and dunes, and will create vulnerabilities for coastal ecosystems, infrastructure and communities," the report's executive summary reads. "Lake-level fluctuations may disrupt Great Lakes commercial shipping and result in increased channel maintenance costs at Great Lakes ports."

The report comes on the heels of The National Weather Service's report of increased flooding and two to three times more torrential rainfall this month than the historical average.