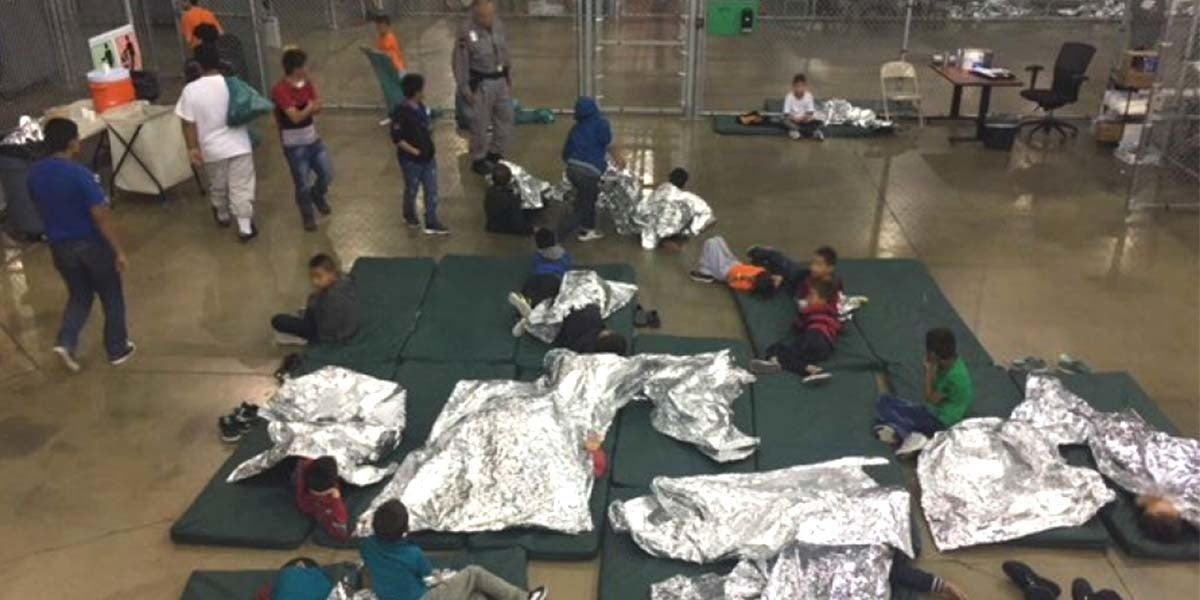 The impacts of climate change do not respect international borders. If they did, it wouldn’t be the case that the countries who have done the least to contribute to global carbon dioxide emissions are expected to suffer disproportionately from their effects.

But as climate refugees begin to flee deteriorating conditions, they are already finding that borders very much apply to them.

Many of the immigrants being detained at the southern U.S. border under President Donald Trump’s “zero tolerance” immigration policy are fleeing food scarcity brought on by climate change, The Daily Beast reported Thursday.

“We’re seeing a new level of desperation,” University of Colorado Boulder sociology professor Carrie Seay-Fleming told The Daily Beast. “When you might have seen an adult male leave before their family follows, you see, increasingly, entire families leaving in waves.”

Many of those families come from the Northern Triangle of Guatemala, Honduras and El Salvador, where, beginning in 2015, an especially extreme El Niño / La Niña cycle has led to severe drought followed by heavy rainfall, reducing harvests by up to 90 percent and leaving 30 percent of the population food insecure, a UN study found.

The impacts of these changing patterns are especially harmful to the region because farmers there rely heavily on coffee for cash and maize for subsistence, and neither are resilient in the face of weather that is either too dry or too wet.

Climate causes have been lost in a media narrative about migration that focuses on families or unaccompanied minors fleeing gang or drug related violence, but Seay-Fleming told The Daily Beast that the violence narrative was over-simplified. She said most current migrants crossing the Mexican border are from Guatemala, where economic insecurity is a greater driver of migration than violence, which is more often cited as a motivating factor by those from El Salvador and Honduras.

Both Seay-Fleming and Albro agreed that violence and climate migration were connected, as farmers would first migrate to cities when crops failed, and then be driven north by a lack of opportunity and urban violence. This means they don’t always mention environmental factors when asked their reasons for coming to the U.S.

The climate connection adds an extra barb to the cruelty of Trump’s hardline immigration policy that, beginning in April, mandated criminally prosecuting migrants crossing the border and separating children from their parents. After public outcry, an executive order signed Wednesday said parents and children would be detained together, but it may still result in family separations, since children can only legally be detained in the U.S. for 20 days, CNN reported.

Since many of the families caught up in these policies are fleeing climate change, it means that they are being doubly punished for a problem the president has washed his hands of, through actions such as withdrawing the U.S. from the Paris agreement.

The policy also sets a troubling precedent for how the U.S. may deal with even greater climate migrations to come, as Kate Aronoff points out in a piece for In these Times. She cited a 2010 study that estimated that climate change could cause up to 6.7 million people from Mexico alone to migrate elsewhere. Overall, she wrote, scientists estimate that climate change could displace between 25 million and one billion people in the coming decades.

“This week’s onslaught of immigration news offers a chilling preview of events that could become all the more likely as the planet warms. At the core of the immigration debate is the question that will come to dominate the climate-defined politics of the 21st century: Who gets to live here and live well?” Aronoff wrote.