America Is Doubling Down on Climate Progress 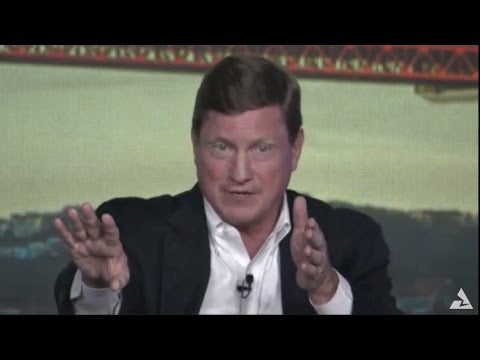 As Climate Week begins in New York, a lot of the world is asking Americans, “How are you doing at making climate progress with a climate denying president?”

The surprising answer is, “Not well enough yet, but much better than you imagine.”

The American political conversation about climate is, indeed, scary and depressing. But the decarbonization of the real U.S. economy—as opposed to the cardboard, fossil fuel-handicapped White House version—continues. Indeed, decarbonization is accelerating, giving me confidence that in a year or so it will be clear to everyone that the U.S. is on track to meet and perhaps exceed its (inadequate) 2025 Paris objective, cutting emissions 26 to 28 percent.

That goal requires reducing emissions by 1800 million tons of CO2. At the end of 2016 the U.S. was almost halfway—emissions down 850 million tons, 13 percent. This progress was led by the utility sector, where efficiency, renewables and natural were replacing coal so fast that power sector carbon was down 25 percent.

The world rightfully worries when they hear Donald Trump proclaim he is going to bring back coal, and watch the administration and the Republican Congress try to roll-back such common sense requirements limits on the wasteful flaring and leaking of methane from oil and gas fields.

But Trump’s promise to have America withdraw from the Paris climate agreement has sparked a stunning wave of climate leadership from U.S. cities, states and businesses, a wave that is still building, but by the time it crests may more than make up for Trump’s stubborn foot-dragging.

Let’s begin with “bringing back coal.” Since Trump was elected, no new coal plants have been announced or opened; 10 plants with 5600 megawatts instead have announced they will shut down. West Virginia’s largest utility won’t expand coal generation because it can’t find customers for coal power; CSX, a leading coal hauling railroad, thinks coal is going away so fast that it has stopped replacing coal rail cars.

Now the Sierra Club has estimated that additional coal plants whose retirement have already been announced would cut emissions about 160 million tons. Closing vulnerable plants, facilities that no longer make economic sense to keep operating, could avoid another 275 million tons. If present trends continue, the Sierra Club also documented that the U.S. could triple renewable electricity; overall the utility sector should be emitting 500 million tons less of carbon in 2025 than it was just last year.

While coal fades, state governments representing almost 60 percent of the American economy are racing forward. In January, California released its plan to cut its emissions by 40 percent by 2030, and went on to extend its cap and trade program for another decade, until 2030—this time with support for the first time from the oil industry! California is also on the verge of requiring 100 percent of its power to come from renewables. Overall, a dozen states are debating increasing their reliance on renewable power. Maryland just established a 25 percent renewable power goal, overriding the veto of a Republican governor. (The Nevada legislature went for 40 percent, but has not yet been able to overturn a similar veto.)

The fifteen “early adaptor” states in the Climate Alliance will report this week that they are already on track to reduce their 2025 emissions by 24 to 29 percent. And some of America’s most Republican, climate skeptical states—Oklahoma, Kansas, North Dakota and even Texas, are steadily replacing coal with renewables—for economic reasons. These don’t usually get counted in reporting on bottom up climate action—but they have a huge positive impact on emissions.

Whether their state legislatures and governors are leading on climate or not, America’s cities, where most of our climate pollution originates, are embracing a decarbonized future. In June, when Trump promised to pull out of the Paris agreement, 125 cities told the world, “We are still in” the Paris agreement. Today, only three months later, the number has ballooned to 238. The U.S. Conference of Mayors, representing more than 1000 of America’s largest cities, voted unanimously to endorse the goal of 100 percent renewable power—and since Trump’s election, the number of U.S. cities with 100 percent policies has mushroomed—more than 40 cities are now committed individually, and five have hit that target!

But government is not alone. The private sector, where companies are increasingly competing with each other to succeed in the carbon-free economy of the future, is making Trump’s climate-denial braggadocio increasingly irrelevant. The Mars Candy Company recently committed a billion dollars to ensure that it’s operations and supply chain would reduce their climate impact by 67 percent by 2050. The number of companies who have signed the pledge of support for the Paris agreement has almost doubled, from 906 in June to 1729 this week. And global firms will impact the U.S. climate footprint. VW announced a few days ago that it will offer electric versions of all its models—entering the competition against current global EV leader, U.S. based Tesla, which delivered its first Model 3 in July.

It is true, the Trump administration is struggling to hold back the future, with appalling decisions like the U.S. Environmental Protection Agency’s (EPA‘s) recent announcement that it would delay cleaning up toxic water pollution from coal power plants for two years. But the courts are steadily shredding much of this; the conservative 10th Circuit just ruled that Trump must consider climate impacts before issuing new coal leases on federal lands. As the CEO of one of America’s historically coal dependent utilities, Southern Company, Tom Fanning said, “You can’t keep waves off the beach.” King Canute knew this. And the decarbonization of the American economy—the real economy, not the fake news economy—shows it’s still true. The world can see and measure—America is still in.