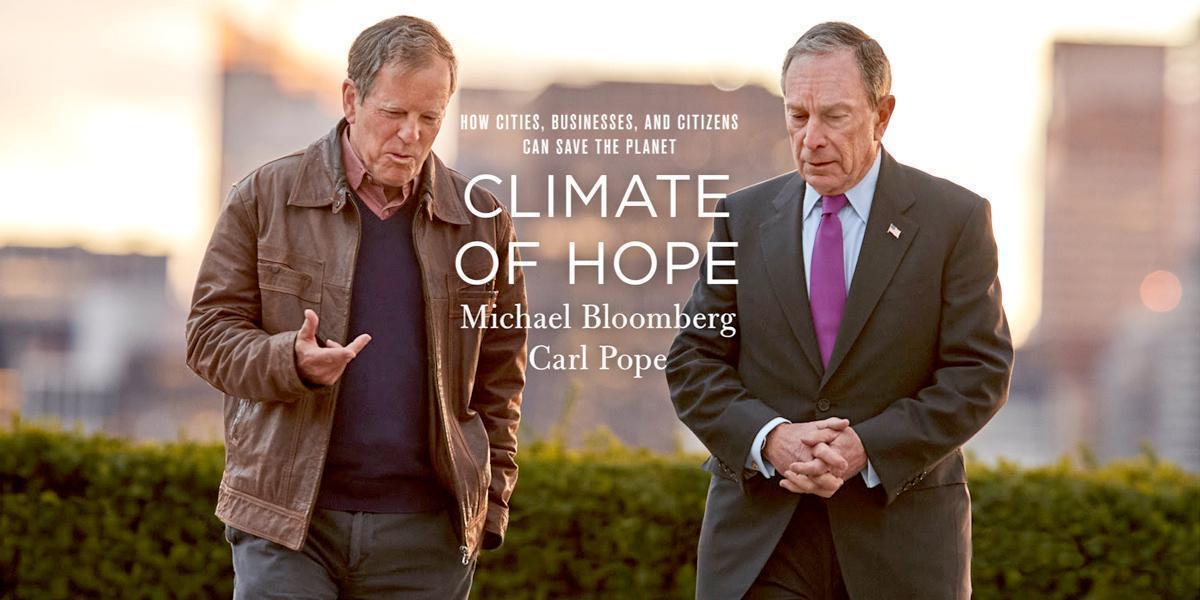 It’s a big week for me. Monday was the official publication date of Climate of Hope, my new book co-authored with former New York City Mayor Mike Bloomberg.

The book’s premise is that climate solutions now constitute an enormous short term opportunity—healthier communities, greater prosperity, enhanced security—for both the U.S. and the world community. The key to seizing that opportunity is to understand that the climate crisis is a symptom of multiple market failures and political follies, not a single free-standing “problem;” that leadership in implementing solutions is already emerging not so much from national governments as from cities, businesses and citizen activists; and that this bottom up leadership is the key to continuing to accelerate the pace of progress and the prospects for avoiding catastrophic risks to the climate.

Climate of Hope is now out there being reviewed—not always favorably—so I thought I’d use this blog to give my perspective on why Mike and I believe this approach does, in fact, offer a solid pathway out of the climate crisis. 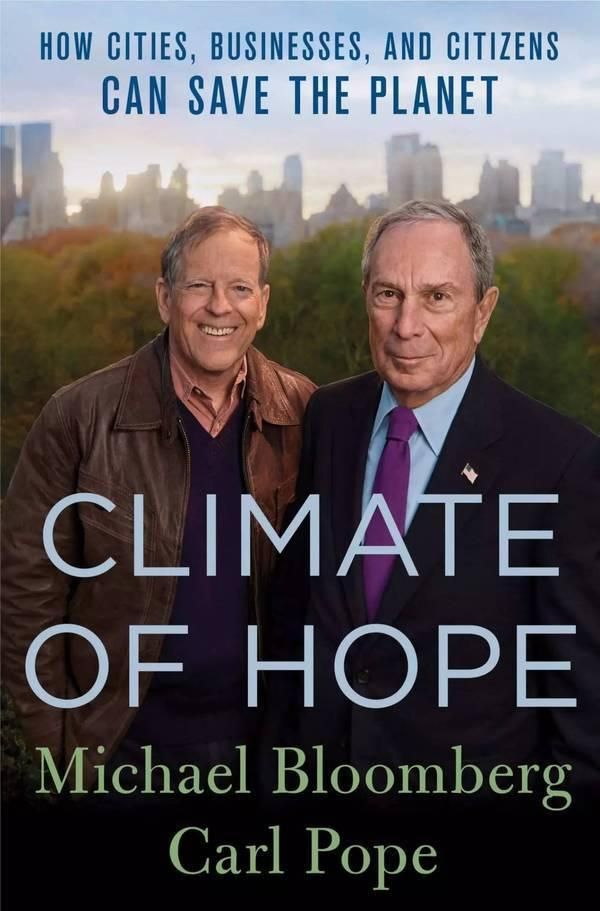 The main criticism thus far—and I expect this to continue—is that we are wrongly arguing that national governments don’t matter, and that cities and businesses alone can correct our climate follies. We don’t, make that argument, and they can’t do it alone. A number of our key approaches clearly require national action—like redirecting agricultural subsidies away from encouraging overproduction of cotton and corn towards supporting regenerative agriculture which can suck carbon out of the atmosphere, where it is a climate threat, and into the soil, where it becomes a fertility and water storage enhancing asset.

But others, like modernizing building codes to ensure that any house built after 2020 is hyper-efficient, powered by its own renewable generation, so its owners don’t have to pay a utility bill and don’t pollute the atmosphere when they turn on the lights, are intrinsically the business of local (and state) governments.

And in the U.S. political context some that sound national—like encouraging the rapid replacement of internal combustion cars with electric drive—may actually emerge from a combination of city and state action. Led by Los Angeles, a coalition of 30 U.S. cities recently announced they would jointly bid out purchase orders for up to 114,000 electric drive vehicles at a cost of $10 billion, while California and 12 partner states made clear they would move forward with their zero emission vehicle mandate. So the cities are providing electric-drive vehicles with the scale needed to bring down prices and improve performance, while the states are guaranteeing that the market for these vehicles will continue to grow far beyond what city fleets alone could guarantee.

Similarly, the center piece of the Trump administration assault on President Obama’s climate legacy, the suspension of the Clean Power Plan (CPP), assumes that the future of America’s electric sector depends on a top-down national mandate, because utilities will otherwise cling to their existing fossil fuel dependent facilities. But while the CPP envisaged cutting utility emissions by only 30 percent by 2025, citizen action and market forces had already slashed power plant carbon pollution by 25 percent at the end of 2016, and we are on track to cut these emissions by almost 50 percent, not 30 percent, by 2025, through market forces and public pressure.

On the other hand, cleaning up methane emissions from oil and gas drilling on public lands, another Obama rule Trump would like to quash, can’t be replaced by state and local initiatives—the federal government ultimately must become part of the solution. But just as during the Progressive era at the start of the 20th century it was cities and states and forged the new policy instruments that eventually became the New Deal, rather than waiting for Washington, just so Mike Bloomberg and I believe that political leadership on climate in the United States, and elsewhere, will come from below, not from national elites which remain in thrall to the fossil lobby and other entrenched interests. (Remember those crop subsidies? Shifting them to protect the climate would be good for farmers, but bad for pesticide and fertilizer interests.)

The essential message of Climate of Hope, however, is that every one of the separate market and political failures that threaten the climate has its own unique source and solution—each requiring a different approach and reform, all making us better off. CFC’s, for example, cooling and refrigeration chemicals were deployed to replaced ozone depleting predecessors with inadequate testing. Because of their extraordinary ability to prevent solar radiation from bouncing back into space, they loomed as a huge future climate risk. But just as an international treaty—the Montreal Protocol—got rid of the risk of ozone depleting chemicals—the ozone layer is now healing—an amendment to that same treaty is now going to replace HFCs with climate safe alternatives.

Carbon emissions from deforestation mostly stem from illegal logging—so ending corruption and cracking down on the trade in contraband timber are key climate solutions. Methane emissions from rice paddies require better irrigation and cropping practices in rural areas, while methane from urban trash can be prevented by cities deciding to compost garbage instead of dumping it in landfills. Nitrous oxide emissions are soaring because nations subsidize over-fertilization instead of helping farmers figure out how much fertilizer their crops can really utilize. Black carbon from diesels will end as soon as we require all the world’s fuels to be refined to eliminate sulfur contamination, something cities and ports are initiating. But black carbon from biomass cooking in developing countries demands giving poor families access to clean cooking fuels—either ethanol from crop wastes or LPG gas currently being wasted and flared.