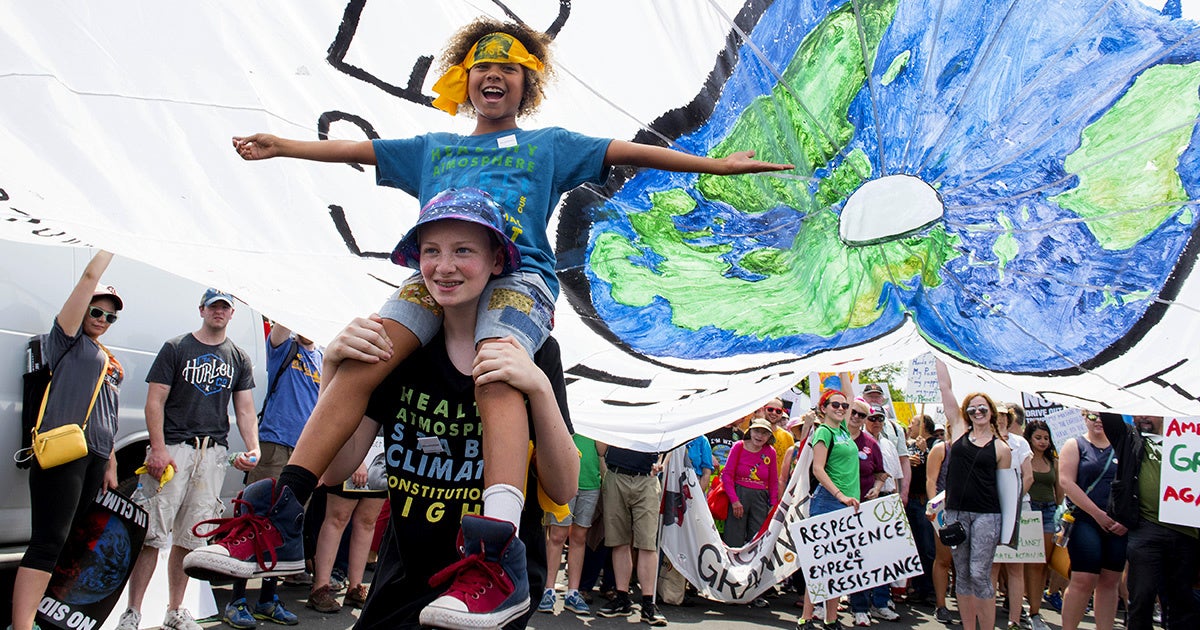 In their answer, attorneys make clear that the U.S. government already admitted that its actions imperil youth plaintiffs with “dangerous, and unacceptable economic, social, and environmental risks,” and that “the use of fossil fuels is a major source of [greenhouse gas] emissions, placing our nation on an increasingly costly, insecure and environmentally dangerous path.”

Attorneys for the youth plaintiffs also point to their July 20 deposition of Dr. Michael Kuperberg, head of the federal climate research program, who testified that he is “fearful,” that “increasing levels of CO2 pose risks to humans and the natural environment,” and that he does not “think current federal actions are adequate to safeguard the future.”

Dr. Harold Wanless, an expert geologist for plaintiffs from the University of Miami who has done work on sea level rise for both defendants and Exxon, said in his declaration filed Monday:

“We are headed to catastrophic sea level rise a lot faster than we have anticipated. If we act now, we may not be able to save Naples and Miami and other low-lying regions. But if we do not act now, we have no chance to protect plaintiff Levi’s barrier island, and we will also be heading towards losing Orlando and many other places presently above any projected sea level rise.”

A declaration submitted by Levi Draheim, 10-year-old Florida resident and youth plaintiff in the case reads:

“I’m scared about how climate change impacts and ocean acidification will continue to harm the beaches and streams in Florida and the wildlife that inhabit them. I can already notice the beaches around me getting smaller because of sea level rise. The reason why I care so much is I basically grew up on the beach. It is like another mother, sort of, to me.”

“What’s clear is the burden of climate change impacts faced by our young plaintiffs far outweigh the federal government’s exaggerated burden in participating in pretrial discovery. Even so, we have no interest in drawn out discovery and will work with attorneys from the DOJ to move this case expeditiously to trial in February.”

“The Fifth Amendment provides Americans the fundamental rights to personal security, property, life, and family autonomy and security. The federal court has decided that our youth plaintiffs have properly brought a complaint that the U.S. government’s actions in causing climate change infringe upon those rights. Right now, the federal government is trying every trick to deny these youth access to a trial that will protect their rights. We are confident the courts will properly protect the youth of America from the growing climate crisis.”

The Ninth Circuit invited the District Court of Oregon to answer the petition as well. In response, the District Court filed via a letter on August 25, referring to the issues presented by the youth’s case as “vitally important.” The letter, signed by federal Judge Ann Aiken and Magistrate Judge Thomas Coffin, affirmed:

“In short, we do not believe that the government will be irreversibly damaged by proceeding to trial. In our view, any error that we may have committed (or may commit in the future) can be corrected through the normal route of a direct appeal following final judgment. Indeed, we believe that permitting this case to proceed to trial will produce better results on appeal by distilling the legal and factual questions that can only emerge from a fully developed record.”

The letter filed by the judges also recognized that the fossil fuel industry’s broad denial of all allegations in the complaint was in part responsible for the original scope of the youth plaintiffs’ discovery requests. The letter went on to conclude that the withdrawal of three trade association defendants from the case in June should allow the plaintiffs to substantially narrow their discovery requests.

Juliana v. United States was brought by 21 young plaintiffs, and Earth Guardians, who argue that their constitutional and public trust rights are being violated by the government’s creation of climate danger. The case is one of many related legal actions brought by youth in several states and countries, all supported by Our Children’s Trust, seeking science-based action by governments to stabilize the climate system.