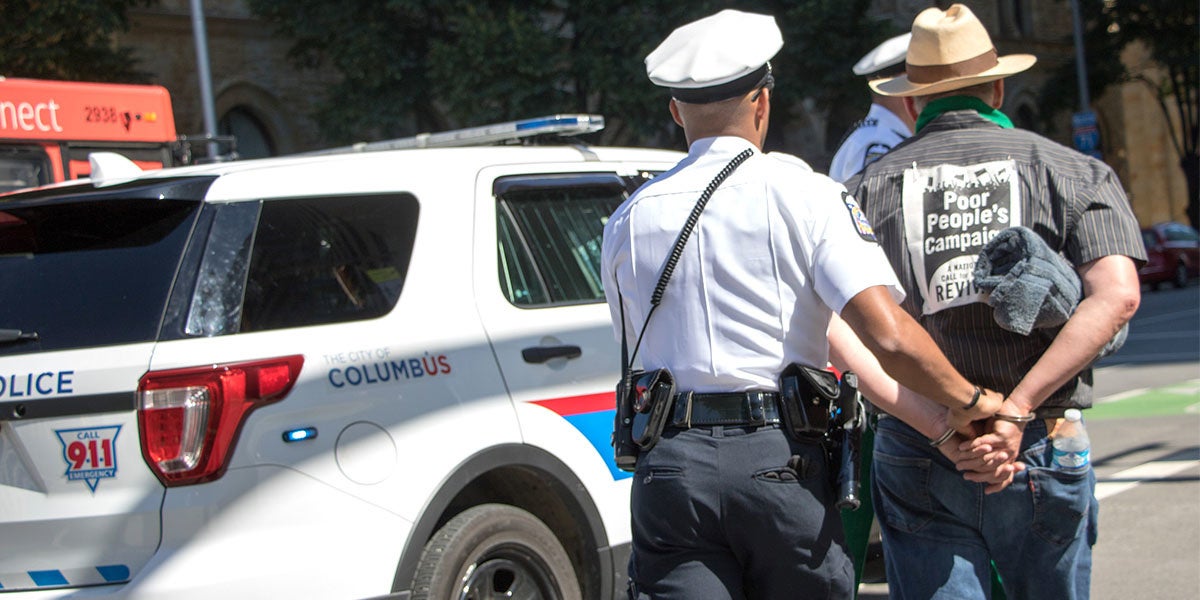 Dozens of activists with the Poor People’s Campaign were arrested and hundreds more blocked from entering government buildings across the country Monday during more than 30 nationwide protests at state capitols.

Many of the protests focused in the government’s lack of response during disasters like Hurricane Maria and the Flint water crisis and the disproportionate impact of climate change and pollution on the nation’s poor.

The campaign reports that thousands have been arrested since the 40 Days of Moral Action movement, which began in mid-May and will culminate in a march on Washington, DC on June 23. 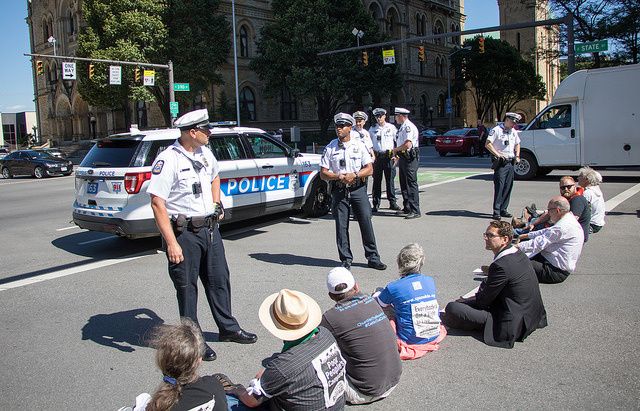 “Over the course of the past month, the Poor People’s Campaign has elevated a different topic each week. Throughout the first full week of June, that focus is shifting to ecological devastation and health, highlighting their intersection. On Monday, representatives from some of the country’s leading environmental organizations, including the Sierra Club and Friends of the Earth, assembled alongside members of the broader campaign effort, though it was the latter group that dominated the podium.”

‘Bodies count [and] everything is connected,’ emphasized Rev. Beth Johnson, one of the first speakers to take the stage on Monday. Like many leaders in the Poor People’s Campaign, Johnson is a member of the clergy, and she addressed the crowd with a preacher’s energy. Off to her right sat a large casket placed in front of the podium, meant to commemorate the various lives lost to, among other things, limited access to health care and the onslaught of environmental degradation.

‘Here in DC, y’all have been drenched with too much rain. Well in California, we long for the blessing of such thirst-quenching balm,’ she sermonized. ‘Across this land, there is evidence of climate change and the ecological devastation that targets first and most severely the most vulnerable.'”