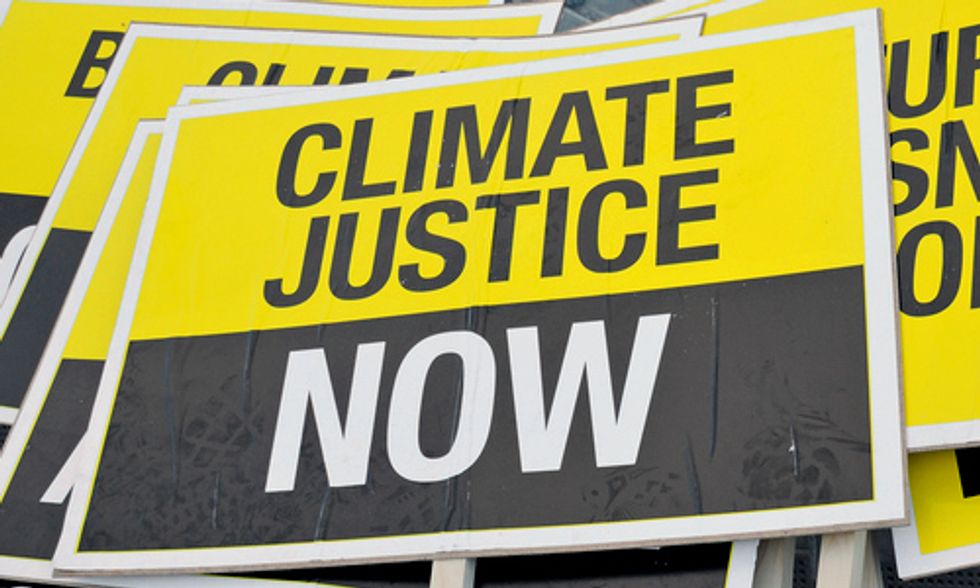 Fifty years ago, Americans facing racial injustice marched the 54 miles from Selma to Montgomery, Alabama, to protest discriminatory voting laws. It was a watershed moment in the Civil Rights Movement, influencing the passage of the Voting Rights Act, and forever redefining and improving our cherished values of freedom and fairness. February marks Black History Month—a time to reflect on past injustice, and refocus efforts on injustices that persist.

Fighting for environmental justice, and climate justice, echoes the spirit of America's great civil rights leaders; it's a spirit fueled by our moral obligation to leave our children a world safer and rich with opportunity.
Photo credit: Shutterstock

Today, too often, low-income neighborhoods and communities of color are disproportionately burdened by pollution and health risks. Those same communities are excessively vulnerable to the devastating floods, fires, storms and heatwaves supercharged by climate change. To make matters worse, the carbon pollution fueling climate change comes packaged with other dangerous pollutants that cause chronic disease and chase away local businesses and jobs. Power plants, our biggest source of carbon pollution, are often located in these areas, casting their shadow over communities already vulnerable to environmental health hazards.

Pollution and climate impacts are a barrier to economic opportunity, blocking the path to middle-class security. President Obama calls ensuring America's promise of opportunity for all a defining challenge of our time; however, it's impossible to climb any ladder of opportunity without clean air to breathe, clean water to drink and healthy land to live on.

That's why at the core of U.S. Environmental Protection Agency's (EPA) mission is the unwavering pursuit of environmental justice. The Hip Hop Caucus joined the fight for Environmental Justice after Hurricane Katrina, a disaster that underscored communities facing risks from climate impacts: low-income families and people of color.

Organizations like the Hip Hop Caucus are critical to climate progress by ensuring at-risk communities are a part of the conversation—and part of the solution. To balance the ledger of environmental disenfranchisement, we must confront today's risks with a focus on communities that need it the most.

We're moved by the words of Jibreel Khazan spoken in Greensboro, NC on the 55th anniversary of the Greensboro Four sitting down at the lunch counter inside the Woolworth store on Feb. 1, 1960:

“Climate change is young people's 'lunch counter moment' for the 21st century. When my three classmates and I sat down at that lunch counter to end segregation we did not know what the outcome would be. We simply knew that we had to act. We had to take bold action for necessary change to come about. It is in the tradition of civil and human rights struggle that young people today are calling for action on climate change. It is the biggest threat to justice and opportunity our planet has ever seen."

Fighting for environmental justice, and climate justice, echoes the spirit of America's great civil rights leaders; it's a spirit fueled by our moral obligation to leave our children a world safer and rich with opportunity. History proves even the most wrenching strains on justice can be unwound, with a committed, diverse and vocal coalition of people calling for change. That's why EPA, the Hip Hop Caucus and organizations around the country are fighting for climate justice—so we can further fairness and opportunity for all.