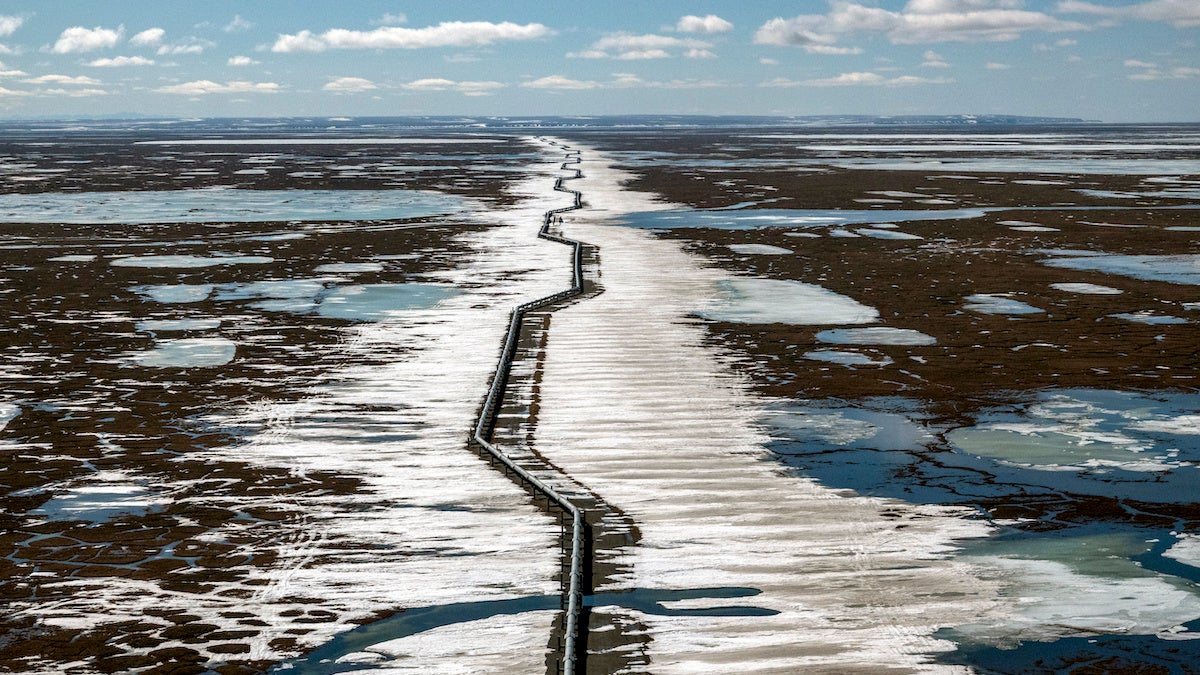 An oil pipeline stretches across the landscape outside Prudhoe Bay in North Slope Borough, Alaska on May 25, 2019. This photo was featured prominently in The Washington Post's Pulitzer prize-winning series 2°C: Beyond the Limit. Bonnie Jo Mount / The Washington Post via Getty Images

Environment and climate stories made strong showings in this year’s Pulitzer Prize winners and finalists, which were announced Monday.

The Washington Post won the top prize for explanatory reporting for its “2°C: Beyond the Limit” series, which used temperature data from across the globe to examine places where warming has already exceeded the 2 degrees C threshold.

Other climate-related stories were also named as finalists across several different categories, including The New York Times’s work on the Trump administration’s war on science; the Los Angeles Times’s explanatory reporting on how Californians are adapting to sea level rise; the Wall Street Journal’s series on PG&E’s failures in the lead up to, and aftermath of, the deadly Camp Fire; a Minneapolis Star Tribune editorial on a copper mine’s water pollution; and a feature piece in the Boston Globe on how climate change is threatening Cape Cod.

Truly humbling to be a part of these @washingtonpost teams: 2°C: Beyond the Limit won the Pulitzer for explanatory reporting. The Opioid Files was a finalist for public service. https://t.co/OKbv0rNHwA

From the team that brought you the story on California’s rising seas – a 2020 Pulitzer finalist – comes a guide to the biggest climate change issues facing the American West.
Boiling Point, a new L.A. Times weekly newsletter, arrives May 7. Sign up at https://t.co/GUH8nq87ex

Three CEOs. Two bankruptcies. The worst wildfire in California history. This is the story of PG&E. https://t.co/Q9HBW3WF35

Congratulations to Star Tribune Opinion's @jburcum for being named a Pulitzer Prize finalist for editorial writing for a second time in her career – this time for "Not this mine. Not this location."https://t.co/UDXo69tq3p

Full house tonight at the "At The Edge Of A Warming World" event co-sponsored by our #ConnectedCoastlines partners from the @BostonGlobe! Important panel discussion on climate change's effects on Cape Cod including Pulitzer Center Executive Editor Indira Lakshmanan. (@Indira_L). pic.twitter.com/tpcEzge3FP