Scientists Uncover the True Cost of a Loaf of Bread 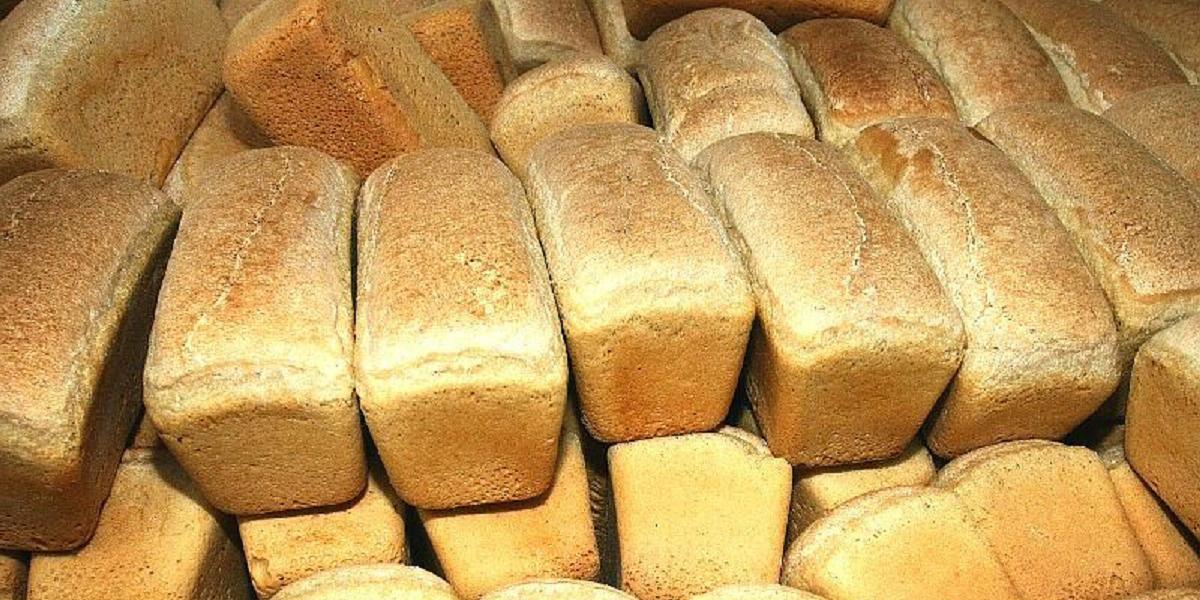 Bread has recently been labeled a bad guy, with millions of people opting to ditch the dough and eat a gluten-free diet to stay trim and healthy. But it turns out there’s another reason to steer clear of bread: it’s having a massive impact on the environment.

Scientists in the UK have worked out the greenhouse gas emissions produced by making a standard loaf of bread, pinpointing the emissions hotspots in the process. With GHG emissions equivalent to about half a kilo (1.3 pounds) of carbon dioxide per loaf, bread accounts for half a percent of the UK’s total emissions. That may not seem like a lot, but considering that the nation’s entire agriculture industry accounts for 10 percent of total emissions, it’s clear that bread, as a single food product, has a pretty huge impact.

The good news is there’s now a clear target to reduce the impact: Nearly half of the emissions (0.589kg, or 13.7oz) come from fertilizer used to grow the wheat. Writing in Nature Plants, Peter Horton and his colleagues from the University of Sheffield analyzed the whole manufacturing process, from planting the seed to putting the bread on the shelf. They found the bulk of the greenhouse gases come from the farm.

“Our findings bring into focus a key part of the food security challenge—resolving the major conflicts embedded in the agri-food system, whose primary purpose is to make money, not to provide sustainable global food security,” commented Horton, who is chief research advisor to the University of Sheffield’s Grantham Center for Sustainable Futures.

Despite getting bad press for its gluten content (which scientists now say we actually need), bread is still one of the most widely eaten foods; the average American eats bread 77 times a year and almost 160 million Americans eat one loaf a week (and more than 11 million eat more than five loaves).

Bread has four main ingredients: flour, yeast, salt and water. The wheat is first grown and harvested, then the grains milled to make the flour—all this before the ingredient is processed, packaged and ready to bake. A standard loaf of bread contains about 16 ounces of flour, and this is what has the biggest impact on the environment, according to the new research.

The researchers looked at every aspect of bread manufacturing, analyzing the whole life cycle of a loaf, from growing the wheat to packaging the bread and transporting it to the shop. They found that nearly 66 percent of the emissions came from growing the wheat: tilling the soil, harvesting and irrigation all require emissions-producing machinery. But a whopping 43 percent of the greenhouse gases produced came from using fertilizer to grow the crops.

“We found in every loaf there is embodied global warming resulting from the fertilizer applied to farmers’ fields to increase their wheat harvest,” said Liam Goucher, the study’s lead author.

A system reliant on fertilizer

For the calculations in their new study, the team focused on one particular farm in Lincoln in the UK, but the significant emissions from the fertilizer are not unique to that farm—or the crop. In fact, food is responsible for about one-third of all our greenhouse gas emissions, and a lot of this is down to fertilizer use. An estimated 60 percent of agricultural crops depend on fertilizer; wheat farmers use ammonium nitrate fertilizer to grow their crops. It boosts growth by providing nitrogen, but it also contains and releases a multitude of substances with a potential impact on climate, including ammonia, carbon dioxide and methane.

“If you want to reduce the climate impact of food production, we need to think of fertilizer manufacturing and fertilizer application as one place where we have big leverage to reduce climate impact,” said Navin Ramankutty of the University of British Columbia, Vancouver, who was not involved in the study.

The emissions related to fertilizer use stretch back into its own production—a lot of energy is needed to make the fertilizer in the first place. Then when it’s used and breaks down in the soil, it releases nitrous oxide. This gas accounts for nearly two-thirds of agricultural emissions—as a food-related greenhouse gas, it’s second only to carbon dioxide. What’s more, it has 298 times the global warming potential of carbon dioxide, making fertilizer a serious problem for climate change.

“High agricultural productivity—necessary for profit for farmers, agri-businesses and food retailers, whilst also keeping prices low for consumers—currently requires high levels of application of relatively cheap fertilizers,” said Horton. “With over 100 million tons of fertilizer used globally each year to support agricultural production this is a massive problem, but environmental impact is not costed within the system and so there are currently no real incentives to reduce our reliance on fertilizer.”

Taking responsibility as a team

So we’ve got a problem in the system, but who’s going to fix it? According to the researchers, it’s something that needs to be addressed by everyone involved, from the farmer who plants the seeds to the consumer who takes a bite out of a sandwich.

We know plenty of ways to reduce the impact of using fertilizer, such as using it at key points during the season rather than continuously, and using different cropping systems—by planting vegetables between crop cycles (decreasing “fallow frequency”), farmers can keep the land in use and improve the ability of the soil to hold carbon.

The biggest challenge will be implementing these changes in places where farmers rely on fertilizer to protect their income; after all, it’s a surefire way to make sure the crop grows, regardless of the impact it has on the environment.

Yet the responsibility doesn’t end with the farmer, said Lenny Koh, who came up with the method for analyzing bread in the new study: “The findings raise a very important issue—whose responsibility is it to bring about the implementation of these interventions: the fertilizer manufacturer, the farmer, the retailer or the consumer?

“There is a growing recognition for a range of industrial processes of the notion of extended producer responsibility—the producer being responsible for downstream impact, expanded to the idea of shared producer and consumer responsibility. The consumer is key, whether being persuaded to pay more for a greener product or by applying pressure for a change in practice.”

The obvious choice we can make is organic—given the proportion of emissions that come from fertilizer, making sure the bread we’re eating is organic can make an immediate and significant difference. Less obvious is where we eat: researchers in China found that dining out has nearly double the carbon emissions of eating at home.

While the jury may still be out on whether bread is the bad guy for our health, it’s clear that the slice of toast we eat in the morning or that lunchtime sub has just as much of an effect on the environment as it does on our waistlines. The agricultural industry has plenty of work to do to reduce the impact of the wheat that ends up in our sandwiches. But in the meantime, when it comes to cutting the carbon from our food, the decisions we make as consumers can help, too.