Scientists Solve Climate Hiatus ‘Puzzle of the Century’: So Now What? 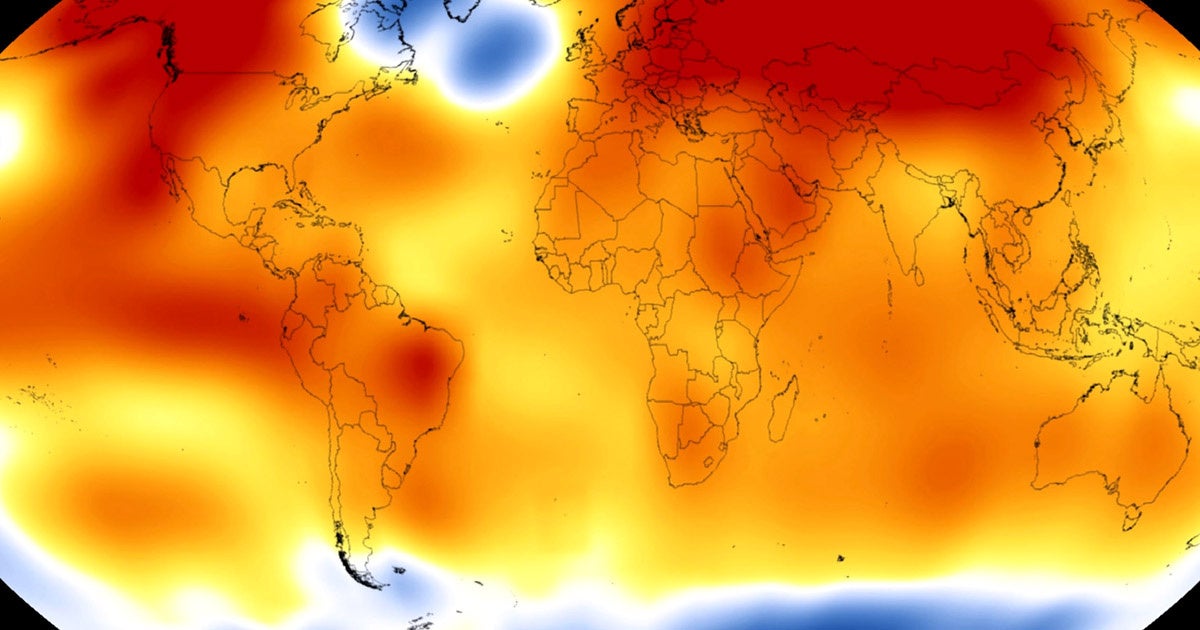 Two U.S. scientists have solved the hypothetical puzzle of the century: how to explain the reported climate “hiatus” and reconcile two different ways of predicting the global temperature by 2100.

They say they now know why computer simulations and the forecasts made by a study of the historical record don’t seem to agree.

The good news is that scholarly conflict may have been resolved. The bad news is that, if carbon dioxide levels in the atmosphere are permitted to double, then the average global temperatures could reach 4.5°C by the century’s end, or even up to 6°C.

The debate may seem entirely academic, if only because 197 nations of the world undertook to contain global warming to “well below” 2°C by the end of the century by drastically reducing the consumption of fossil fuels.

But collectively, the national plans so far proposed do not look likely to meet this target, and the U.S. has threatened to withdraw from the undertaking anyway. So there remains a “what-if” case to settle a long-standing conflict.

And the conflict is this: examine the earth’s climate over millions of years, and reconstruct greenhouse gas levels, and you get a prediction that says if carbon dioxide in the atmosphere—for most of human history it has been 280 parts per million—doubles, then the average global temperatures will rise by between 1.5°C and 4.5°C. Use computer simulations, and you get much the same result.

But when you examine the results of temperature measurements taken since the thermometer was invented, and extrapolate, the answer is a bit different: 1°C to 3°C.

A new study in the journal Science Advances proposes a simple solution: the predictions based on recent historical evidence do not take into account all the natural cycles of long-term warming and cooling. Factor those in, and the circle can be squared.

Research like this offers a glimpse of science in action. Scientists are never happy when prediction and observation don’t match. For years, they have worried away at what has become known as the “so-called hiatus” or apparent pause in the rate of global warming in the first dozen or so years of this century.

In fact the world continued to warm, but the rate of warming was significantly slower than that measured in the last two decades of the 20th century.

Some argued that the world had warmed, but all the heat had gone into the oceans. Others argued that any apparent slowdown could only be fleeting and global warming would accelerate again. Yet a third school maintained that the pause was entirely illusory, and that even if there was a pause it would have no effect on long-term predictions.

These competing explanations were in themselves evidence that the mismatch of data and prediction bothered the climate boffins.

For much the same reason, researchers have tried to find what might be called the extreme hypothetical limits to climate change: for instance, could carbon dioxide levels fall so low the planet would entirely freeze? (The answer is, so far, no).

Could the greenhouse gas levels get so high that the oceans could boil dry? The answer is, in theory yes: the earth could become up to 60°C hotter than it is now, and uninhabitable, but mercifully, only in theory.

So the outcome of the latest study is an academic confirmation that different patterns and rates of warming play into the big picture. Land, for instance, warms faster than ocean. Most of the land surface of the planet is in the northern hemisphere. So there is a good reason why global warming is, or seems, uneven.

“The historical pattern of warming is that most of the warming has occurred over land, in particular over the northern hemisphere,” said Cristian Proistosescu, who made the study at Harvard University.

“This pattern of warming is known as the fast mode—you put CO2 in the atmosphere and very quickly after that, the land in the northern hemisphere is going to warm.”

But the warming of the Southern Ocean, swirling around Antarctica, and the Eastern Equatorial Pacific proceed at a different pace, and with changes in cloud cover which complicate the calculations. So Proistosescu and his co-author worked on the mathematics necessary to resolve their little local difficulty.

“The models simulate a warming pattern like today’s, but indicate that strong feedbacks kick in when the Southern Ocean and Eastern Equatorial Pacific eventually warm, leading to higher overall temperatures than would simply be extrapolated from the warming seen to date,” said Peter Huybers, an earth and planetary scientist at Harvard, and the other author.

The message is that the slow mode matters, but only in the long term. What can be measured now, and recently, does not necessarily indicate how things will end up eight decades on.

“Historical observations give us a lot of insight into how climate changes and are an important test of our climate models,” said Huybers, “but there is no perfect analogue for the changes that are coming.”