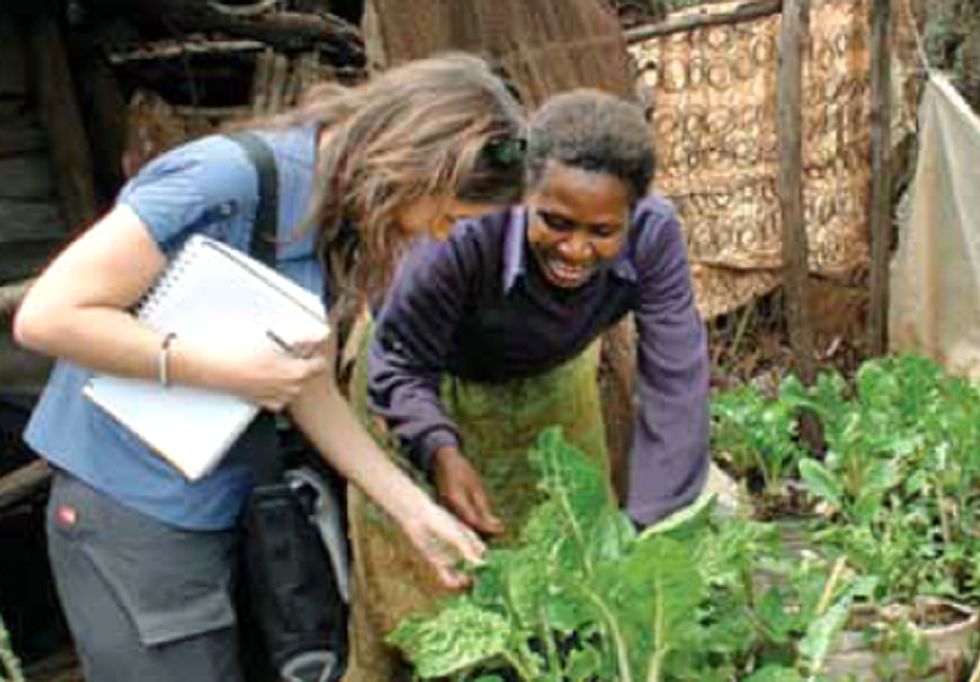 This summer, record temperatures and limited rainfall parched vast areas of U.S. cropland, and with Earth’s surface air temperature projected to rise 0.69 degrees Celsius by 2030, global food production will be even more unpredictable, according to new research conducted by the Worldwatch Institute. Although agriculture is a major driver of human-caused climate change, contributing an estimated 25 to 30 percent of global greenhouse gas emissions, when done sustainably it can be an important key to mitigating climate change, write report authors Danielle Nierenberg and Laura Reynolds.

Because of its reliance on healthy soil, adequate water and a delicate balance of gases such as carbon dioxide and methane in the atmosphere, farming is the human endeavor most vulnerable to the effects of climate change. But agriculture’s strong interrelationships with both climatic and environmental variables also make it a significant player in reducing climate-altering emissions as well as helping the world adapt to the realities of a warming planet.

“The good news is that agriculture can hold an important key to mitigating climate change,” said Reynolds, Worldwatch’s food and agriculture research associate. “Practices such as using animal manure rather than artificial fertilizer, planting trees on farms to reduce soil erosion and sequester carbon, and growing food in cities all hold huge potential for reducing agriculture’s environmental footprint.”

The United Nations Food and Agriculture Organization estimates that the global agricultural sector could potentially reduce and remove 80 to 88 percent of the carbon dioxide that it currently emits. By adopting more-sustainable approaches, small-scale agriculture in developing countries has the potential to contribute 70 percent of agriculture’s global mitigation of climate change. And many of these innovations have the potential to be replicated, adapted, and scaled up for application on larger farms, helping to improve water availability, increase diversity, and improve soil quality, as well as mitigate climate change.

This report, Innovations in Sustainable Agriculture: Supporting Climate-Friendly Food Production,discusses six sustainable approaches to land and water use, in both rural and urban areas, that are helping farmers and other food producers mitigate or adapt to climate change—and often both. They are:

By tapping into the multitude of climate-friendly farming practices that already exist, agriculture can continue to provide food for the world’s population, as well as be a source of livelihood for the 1.3 billion people who rely on farming for income and sustenance. If agriculture is to play a positive role in the global fight against climate change, however, agricultural practices that mitigate or adapt to climate change will need to receive increased research, attention, and investment in the coming years.