Is Climate Fiction a Subset of Science Fiction—or Something Else Entirely? 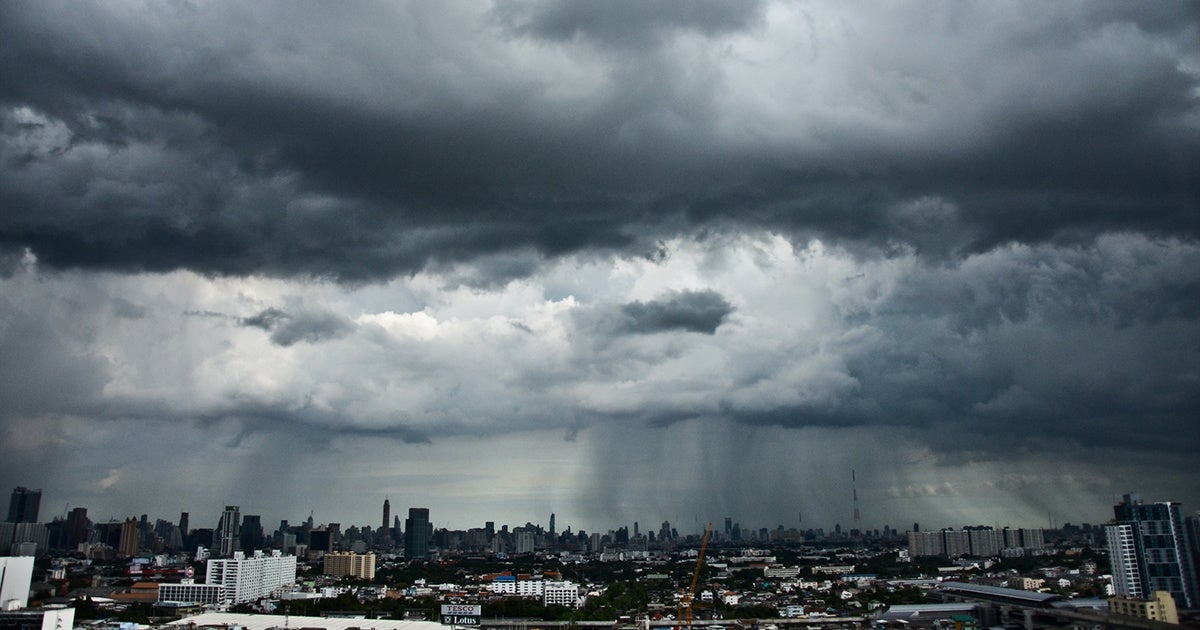 First off: Bangkok Wakes to Rain, the intricately wrought, elegantly crafted debut novel by the Thai-American author Pitchaya Sudbanthad, isn’t really about climate change. This tale set in the sprawling subtropical Thai capital is ultimately a kind of family saga — although its interconnected characters aren’t necessarily linked by a bloodline. What binds them is their relationship to a small parcel of urban land on which has variously stood a Christian mission, an upper-class family house, and a towering condominium. All of the characters have either called this place home or had some other significant connection to it.

But by the end of the story, which jumps through time from the 1800s to the discomfitingly near future, climate change has appeared as a character unto itself — a chaotic agent that transforms the city and its inhabitants’ lives entirely. In this flooded megalopolis, renamed New Krungthep, whole neighborhoods are underwater. Streets have become rushing rivers with currents that, “sped by wash-offs from the mountains, gain enough strength to carry fallen houses far out into the gulf, where the wreckage will join other debris tumbling toward the seafloor.” Humans share their new aquatic environment with venomous snakes and crocodiles. To the extent that tourists still visit, they do so mainly to experience the “snorkel-through ruins.” And they know not to come during monsoon season, when mosquito swarms are so thick that they appear as “black clouds low in the mangroves.”

In Sudbanthad’s sodden dystopia, technology has advanced far enough to allow human beings to upload their consciousness to giant virtual-reality mainframes. This gives them the chance to live alternate lives beyond their poisoned physical environs, and even to revisit digitally simulated versions of their most beloved places before climate change altered them forever. But advanced technology couldn’t save the city’s real-life buildings and infrastructure — not once their “concrete foundations and support pillars began to fracture, the ground beneath them more like sponge than stone.” Grace and irony combine in one poetic description of a super-saturated Bangkok skyline marked by “the unnerving tilt of distant towers, perceptibly angled toward and away from each other like wild shoots of bamboo.”

Many readers who pick up a copy of Sudbanthad’s new book may already know that the city of Bangkok is highly vulnerable to climate change. Its 10 million people live on ground that sits only five feet above sea level — and has been sinking by more than a centimeter every year. The World Bank estimates that up to 40 percent of Bangkok could be inundated in little more than 10 years. 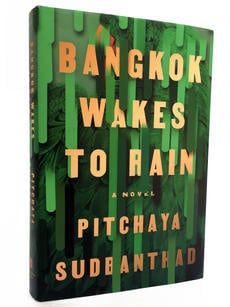 In 2011, the worst flooding to hit Thailand in half a century ravaged the densely packed provinces north of the city, killing hundreds and disrupting the lives of millions. Sudbanthad was there. And then a year later he was back in his other home, New York City, which was about to face an unprecedented weather catastrophe of its own. “I helped my parents put up sandbags in preparation for the worst during the 2011 floods,” he recently told me. “Then, in 2012, I volunteered at a Brooklyn evacuee shelter in the aftermath of Hurricane Sandy.”

The back-to-back experiences had a formative influence on the writer’s imagination. “But as someone who was born in flood-prone Bangkok, I may have had a head start, imaginatively,” Sudbanthad said. “I can also remember walking across planks on my grandparents’ flooded lawn as a child. What I witnessed firsthand definitely helped me shape certain scenes in my novel.”

Some of those scenes are horrifying. Others are heartbreaking. When a doctor who’s just been transported via motorboat to treat a cholera victim asks her scruffy teenaged crew to take a detour on the way back so she can see her childhood home, they balk. She ultimately relents. “She doesn’t know it,” one of the crew members narrates, “but we’re doing her a favor … The returnees come back here believing they’ll see their old homes, not so different from what they had been … They imagine stepping back to find the marble still shiny, old lightbulbs flickering on for their arrival. Then they find out it’s only the bits in their heads that have endured, and everyone’s sad.”

Sudbanthad didn’t set out to write about climate change. “But when I expanded my narrative into the future,” he said, “my imagination of Bangkok decades from now required that I see a far different place than the one I know.” The city of his birth, he added, “is measurably sinking. Its depressive topography is exacerbated by subsidence from groundwater use and new buildings that are weighing down the land. Coupled with the fact of rising seas, Bangkok, like so many cities, is under threat.”

In the ongoing struggle to convert apathy into activism, said the author, the efforts of creative folk — composers, poets, visual artists and fiction writers — will continue to play an essential role. “Artists and writers can help translate the very real science of climate change into something that’s even more real, by making it more viscerally tangible,” he said. “It’s good imagination that’s working against a more sinister imagination: the one that denies or hides scientific truth, all in order to keep gamified abstractions of profit afloat.”

As New Yorker writer Katy Waldman has observed, we seem to be witnessing the burgeoning of a new “cli-fi” movement in literature, one that freely employs the liberating devices of fantasy to let us “gaze at our irresponsibility and greed through fiction’s tonic filter.” But Sudbanthad wonders if the phenomenon will be relatively short-lived — not because it isn’t worthy, or because it doesn’t deserve its own spot on the genre shelf. Rather, Sudbanthad said, “at some point what we think of as fantastical ‘cli-fi’ might simply become realist fiction.”