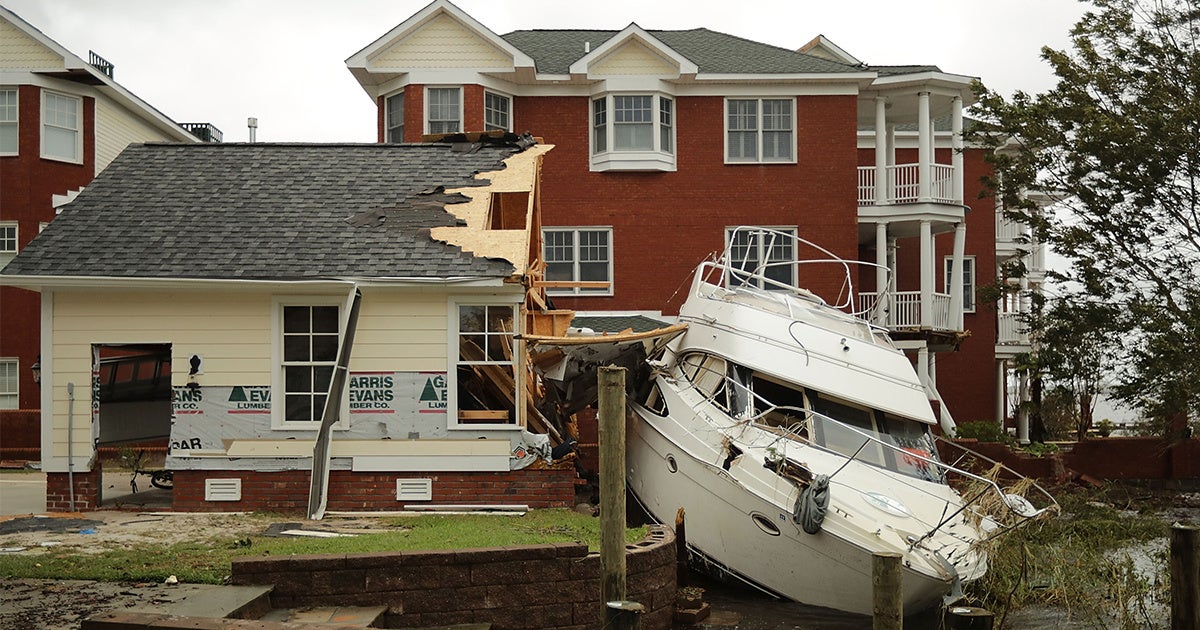 From wildfires in California to flooding in Japan, 2018 made it very clear that climate change isn’t just a future threat. To drive the point home, the charity Christian Aid published a report Thursday that puts a price tag on some of the most devastating extreme weather events of the year.

“This report shows that for many people, climate change is having devastating impacts on their lives and livelihoods right now,” Dr. Kat Kramer of Christian Aid told BBC News. “The great injustice of climate breakdown is that the people that suffer first and worst, are the world’s poor that have done the least to contribute to the crisis.”

The report’s authors acknowledged that, especially in developing countries, disasters can cost more in lives than they do in dollars. Further, some climate-related hazards like prolonged droughts or sea level rise worsen gradually over time. The writers also cautioned that the costs of the events they did focus on might be too low, since some numbers only covered insured losses and did not account for loss of productivity or uninsured losses. However, the list provides a dramatic summary of a year in which climate change could not be ignored.

“The world’s weather is becoming more extreme before our eyes—the only thing that can stop this destructive trend from escalating is a rapid fall in carbon emissions,” Dr. Michael Mann of Penn State University told BBC News in response to the report.

Here, then, are 10 of the costliest climate-change related disasters of 2018.

1. Hurricanes Michael and Florence, U.S.: Hurricane Florence, which inundated the Carolinas, and Hurricane Michael, which slammed the Florida panhandle, cost $17 billion and $15 billion respectively. Hurricane Florence dumped record rain on the Carolinas and was the third wettest storm ever to hit the U.S., while Hurricane Michael was the strongest storm ever to hit Florida’s panhandle. Both were supercharged by climate change, which makes powerful Atlantic hurricanes more frequent and made Florence 50 percent wetter than it would have been otherwise.

2. Camp and Woolsey Fires, California, U.S.: The Camp Fire was the deadliest and most destructive fire in California’s history and caused between $7.5 and $10 billion worth of damage. But other fires this year also wreaked havoc; the Woolsey Fire in Southern California caused $1.5 to $3 billion in damage. Climate change is responsible for the hot, dry conditions that have sparked an increasing number of dangerous wildfires in the Western U.S. in recent years.

3. Drought, Europe: A major heat wave and drought in Northern and Central Europe this summer cost insurers at least $7.5 billion. The heat broke records across Europe and killed nearly 1,500 in France, 250 in Denmark and 23 in Catalonia, Spain. Scientists concluded that climate change more than doubled the chances a heat wave would strike Northern Europe.

4. June-July Floods and Typhoon Jebi, Japan: Japan faced a one-two punch of severe flooding in June and July that cost $7 billion and Typhoon Jebi in August that cost between $2.3 and $5.5 billion. The early summer flooding and landslides killed at least 230 people, while the typhoon, the most powerful to hit the country in 25 years, killed 11.

5. Drought, Argentina: The country’s most severe drought in 50 years cost it $6 billion in lost production costs and contributed to a recession. It was set off by below average rainfall from late 2017 to April of this year, and decreased the country’s soybean harvest by 31 percent compared to last year and its corn harvest by 20 percent.

6. Tropical Storm Rumbia Floods and June-July Floods, China: Flooding from Tropical Storm Rumbia in August cost the country $5.4 billion and flooding earlier in the summer had already caused $3.9 billion in damage. China stands to lose more than any other country to damages from climate-related flooding as the risk increases in its populous and economically important coastal and eastern regions. The price tag could be $389 billion over the next 20 years,

7. Drought, Eastern Australia: A drought that parched Eastern Australia for most of 2018 could cost the country’s economy $5.8 to $9 billion. Its wheat harvest is expected to be the lowest in a decade, and scientists predict that droughts will get even worse in Australia if greenhouse gas emissions continue to rise.

8. Floods, Kerala, India: In August, the southern Indian state saw is worst flooding in more than 80 years, causing damage that will cost $3.7 billion to repair. Around 500 people died and more than 10,000 homes were destroyed. Climate change makes heavy rainfall more likely, including in India.

9. Drought, Cape Town, South Africa: Cape Town’s worst drought in recorded history took place at the beginning of 2018 and cost the city at least $1.2 billion. Cape Town barely avoided becoming the first major city in the world to run out of water entirely.