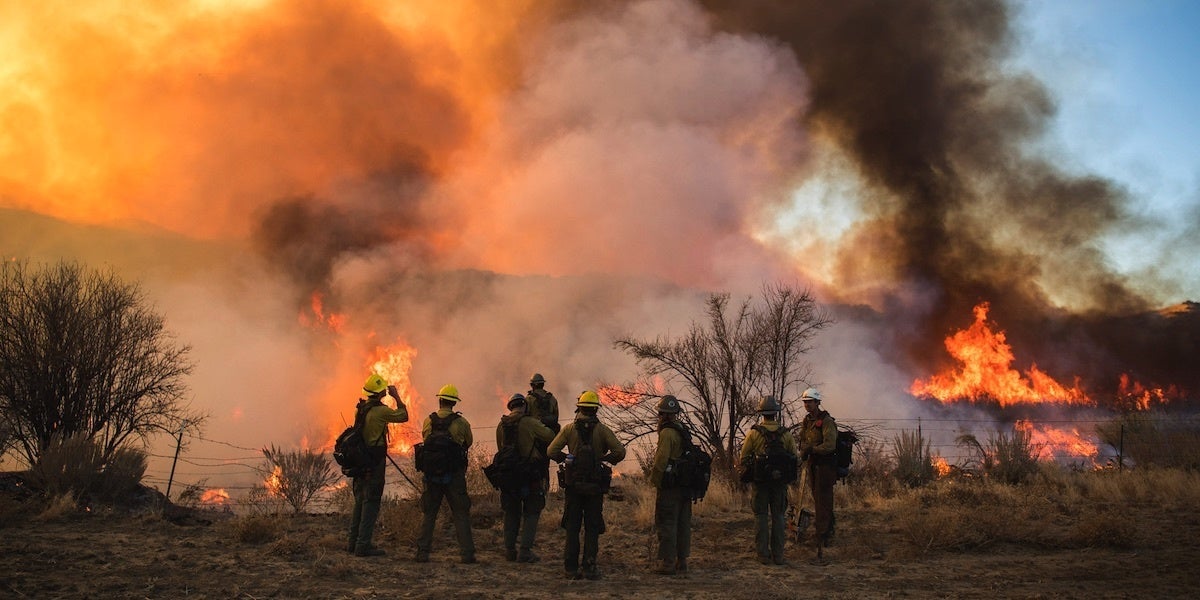 2017, one of the hottest years in modern history, was also an extremely costly year. According to a new report from the National Centers for Environmental Information, a division of the National Oceanic and Atmospheric Administration (NOAA), “the U.S. experienced 16 weather and climate disasters with losses exceeding $1 billion, with total costs of approximately $306 billion—a new U.S. annual record.”

The federal agency listed several noteworthy events, including the wildfires in the west, with total costs of $18 billion, tripling the previous U.S. annual wildfire cost record.

2005 was the previous most expensive year for the U.S., with losses of $215 billion mostly due to Hurricanes Katrina, Wilma and Rita.

The tropical cyclones, storms, floods, a crop freeze, drought and wildfires in 2017 were not only costly financially—they also caused a total of 362 direct fatalities, the report said. 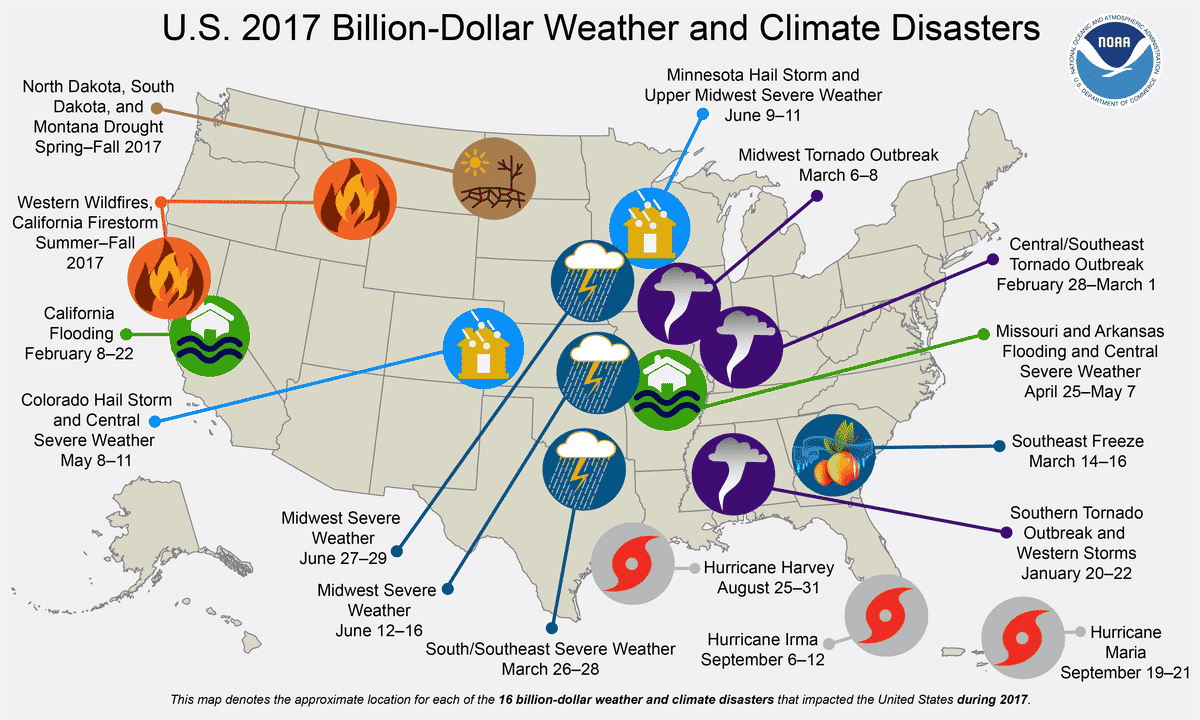 With 16 billion-dollar disasters in 2017, the U.S. has now experienced 219 weather and climate disasters since 1980—total losses exceed $1.5 trillion.NOAA NCEI Climate

The report noted that 2017 was the third warmest year since record keeping began in 1895. The average annual temperature for the contiguous U.S. last year was 54.6 degrees Fahrenheit, 2.6 degrees above the 20th century average.

A separate announcement from the Copernicus Climate Change Service, a major international weather agency, recently ranked 2017 as the second-hottest year.

“It’s striking that 16 of the 17 warmest years have all been this century,” Jean-Noel Thepaut, head of Copernicus, told Reuters, noting the overwhelming scientific consensus that man-made emissions have exacerbated Earth’s rising temperatures.

The NOAA report highlights the extreme costs of climate and weather disasters despite President Donald Trump and his administration’s skepticism—and downright indifference—towards climate policy, from pulling the U.S. out of the Paris agreement to dropping climate change from the list of national security threats.

Trump said in June after withdrawing the country out of the global climate accord: “I was elected to represent the citizens of Pittsburgh, not Paris.”

He claimed the Paris agreement “hamstrings the United States while empowering some of the world’s top polluting countries.”

Last month, the president unveiled a new national security strategy that reversed an Obama-era declaration that placed climate change as a major threat facing the nation.

A draft document of the national security strategy showed that the Trump administration would actively oppose efforts to reduce the burning of fossil fuels for energy, which emits greenhouse gases that drive global warming.

“U.S. leadership is indispensable to countering an anti-growth, energy agenda that is detrimental to U.S. economic and energy security interests,” the document stated.

“Given future global energy demand, much of the developing world will require fossil fuels, as well as other forms of energy, to power their economies and lift their people out of poverty.”