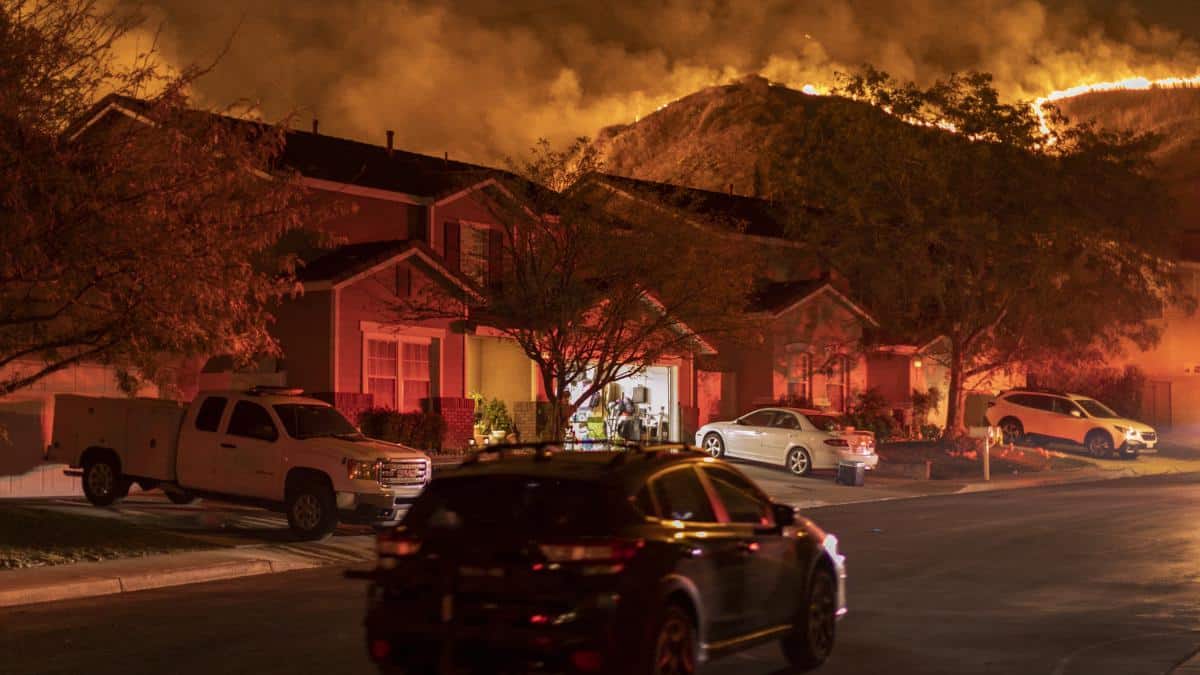 2020 was so bad that even disasters outdid themselves. Last year the United States alone experienced at least 16 weather and climate disasters with losses topping $1 billion each. That’s more than twice the long-term average.

What’s worse: Expensive disasters are on the rise. 2020 was the sixth year in a row that the United States saw 10 or more billion-dollar weather and climate disasters. And as climate change supercharges storms, wildfires and droughts, this trend will continue to climb.

To stave off the worst outcomes, scientists say we need to reduce greenhouse gas emissions, which will require steadfast effort from elected officials, policymakers and businesses.

But since there are no quick fixes for the climate changes already underway, there’s one group of experts we’ll also need to call on: emergency managers. Unfortunately, although they’re tasked with making sure communities are prepared to respond to disasters, they’re often left out of conversations about climate change.

Samantha Montano, an assistant professor of emergency management at Massachusetts Maritime Academy, and a “disasterlogist,” has been working to change that. She’s also been calling for emergency management professionals, including government agencies like FEMA, to put the climate crisis and environmental justice at the forefront of their work.

We spoke to Montano about why we need emergency managers involved in climate conversations, whether disasters are on the rise, and how we prepare for a future with climate-supercharged storms.

We often think of emergency management as responding to “natural disasters,” but as you wrote in an op-ed for The Washington Post, that term is a bit fraught.

Disaster experts don’t really use the term “natural disaster” because it’s a bit of a misnomer. When we’re talking about disasters, we’re talking about the actual human toll that they take. Is it the fact that a river, which naturally overflows its banks, has caused the disaster? Or is it that we have built homes right next to the river; that we have not maintained the levees that are meant to protect those homes from flooding; that the people who live in that neighborhood and don’t have a lot of money aren’t able to evacuate; that there aren’t government programs there to help people recover quickly?

All of those things are not natural, right? Those are the human decisions that have ended up making a situation into a disaster. So while a river overflowing its banks may be natural, the fact that it has led to a disaster isn’t. So that term “natural disaster” helps to obscure the role of human responsibility in disasters. If everything that happens are just these natural events that we have no control over, then some people may think we can’t do anything about it.

This thinking isn’t new in disaster research, but it has gotten a bit more attention in recent years as folks try to understand how climate change fits into all of this. The new term that we hear people using is “climate disaster,” which runs into a similar problem.

Climate change may be a factor that is contributing to a disaster that happened, but it’s certainly, again, not the only factor. But if we understand the root causes better, then we can make different decisions and prevent disasters from happening.

There’s ample evidence that climate change is supercharging a lot of weather events. Are emergency managers included in conversations about how to fight climate change?

Within the broader climate change conversation, most of the focus is on carbon emissions and that’s very important. And more recently we’ve seen an uptick in conversations about climate adaptation, which is also important as we begin to experience the consequences of climate change.

Flooding and wildfires aren’t new. We in the emergency management community have been dealing with these hazards for a very long time and we have a lot of knowledge about them. We want to make sure that, especially because of the urgency of the climate crisis, we are pulling from this base of knowledge and experience that we have.

How much emergency management is integrated into conversations about climate change varies greatly across the country. Maine, for example, just released their plan for a statewide climate council and emergency managers were all on that committee and helped to produce the plan.

Climate change can help fuel short-term hazards, like a hurricane, or lead to slow-moving threats such as sea-level rise. How do you differentiate between these from a management perspective?

So even these events that seem more chronic, or don’t seem like they have this direct link to climate change, are actually pretty significantly affected from an emergency management perspective.

It seems there’s a new disaster almost every day. Are there really more now? And is climate change to blame?

It’s pretty difficult to find any part of the country that has been untouched by disaster in the past few years. I also think that the way we consume media now also makes them feel more present.

We watch these disasters unfold live on television in front of us. We get alerts sent to our pockets when a disaster happens. So it’s everywhere.

Climate change, though, I think is a huge part of that. I heard people joke around about not being able to wait until 2020 ends. And I get that. It was a really bad year. But these disasters aren’t just going to go away. We’re not making the changes we need to be to lessen those disasters or prevent those disasters from happening. We’re in this for the long haul until we start making some different choices.

The coronavirus pandemic is a different kind of disaster than a weather-related event. What were the biggest lessons you’ll take away from our response to it?

The way that we normally approach emergency management in these acute disasters is with help converging from neighboring communities, the state and the federal government. This March, however, was the first time that every single emergency agency in the country at all levels of government was activated simultaneously. So we didn’t have the mutual aid, expertise and funding that we can usually send to places in a crisis because everyone was in the middle of their own crisis.

That has never happened before in the United States. It was a unique situation to see the strain on our systems and to start doing research and analyzing the effect that it has had on the response.

I draw the parallel there to climate change. Not that there is going to be a flood happening in every single state at one time, but as we see our risk increase, we’ll see these disasters increase. In 2017 we saw hurricanes Harvey, Irma and Maria all happening nearly at once.

When that happens, what is our ability to meet all of those needs? How does the capacity of the emergency management system handle that? I think COVID has given us a little bit of a window into the future.

You have a book coming out this summer about climate change and emergency management. Who do you hope it reaches?

The book I’m writing is a combination of my experience going to different disasters and pulls from the disaster research to help the public understand what emergency management is and all that is involved in disasters. But it’s also a pretty stark warning about the problem that we are barreling headfirst into in terms of how the emergency management system is unprepared to address the consequences of the climate crisis.

It’s a book that will hopefully inspire people to some kind of action, whether locally or nationally, to make sure that disaster survivors across the country, who are the ones on the front lines of the climate crisis, are getting the help that they need. And that we’re doing everything we can to prevent those disasters from happening. I’m hoping that it’s really an empowering book that gives people the language and the education that they need to play a more active role in their community.