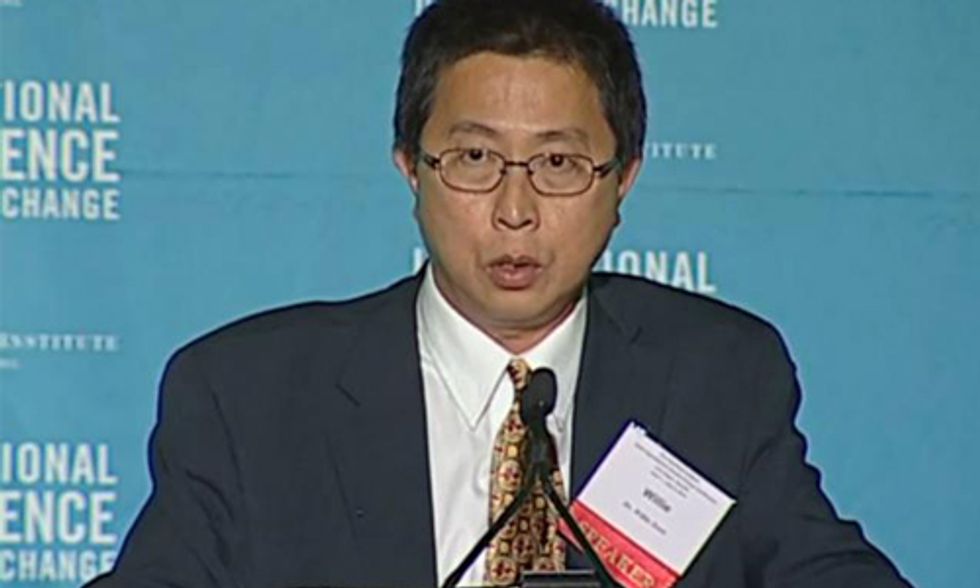 For nearly two decades avid researcher, Kert Davies, has been hunting climate deniers and exposing their links to the fossil fuel industry.

Davies, who used to run Greenpeace USA’s Research Department, developed Exxon Secrets a decade ago which highlighted many of these links. It remains an invaluable tool today.

Documents uncovered by Kert Davies and Greenpeace reveal just how much funding Soon received from Exxon Mobil, Southern Company, American Petroleum Institute (API) and Donors Trust, which is a secretive foundation run by the ultra-conservative Koch brothers. And the total comes to a staggering $1.25 million over the last 14 years.

Last year, Davies decided to move on from Greenpeace and set up the Climate Investigations Center, whose remit is to “monitor the individuals, corporations, trade associations, political organizations and front groups who work to delay the implementation of sound energy and environmental policies that are necessary in the face of ongoing climate crisis.”

For anyone who has followed how climate sceptics have distorted the debate on climate science, there are a few key names on the list. And one of those is Wei-Hock Soon, more commonly known as Willie Soon, who is an astrophysicist from the Harvard-Smithsonian Centre for Astrophysics.

Only last week I wrote about the Philip Morris’s “whitecoat” program and how the tobacco industry strategy of using scientists to promote their message had been copied by the oil industry.

These views mean that Soon has been a valuable commodity to the fossil fuel industry and Republicans who deny climate change.

He has long established connections to leading denial think tanks from the U.S., such as the Heartland Institute. Indeed at last year’s annual climate sceptic conference run by Heartland, Soon was one of three skeptics to be given an ward for “speaking truth to power, whistleblowing, and the defense of science.”

Nothing, it seems, could be further from the truth. It is the powerful fossil fuel industry which has been trying to undermine—not defend—science.

We have known for years that Soon has taken fossil fuel industry money, but the exact amount has always remained a mystery.

And now documents uncovered by Davies and Greenpeace reveal just how much funding Soon received from Exxon Mobil, Southern Company, American Petroleum Institute (API) and Donors Trust, which is a secretive foundation run by the ultra-conservative Koch brothers.

And the total comes to a staggering $1.25 million over the last 14 years.

The largest donor was Southern Company, one of the America’s biggest electricity providers which relies heavily on dirty coal for its power plants.

The strategy has been simple. To employ Soon to sow doubt about climate change. “What it shows is the continuation of a long-term campaign by specific fossil-fuel companies and interests to undermine the scientific consensus on climate change,” argues Davies.

Davies adds: “The question here is really: ‘What did API, ExxonMobil, Southern Company and Charles Koch see in Willie Soon? What did they get for $1m-plus.” He asks: “Did they simply hope he was on to research that would disprove the consensus? Or was it too enticing to be able to basically buy the nameplate Harvard-Smithsonian?”

More worryingly, the documents suggest that Soon also “improperly concealed his funding sources” from scientific journals in contravention to their guidelines.

According to the New York Times, which broke the story, at least 11 papers Soon has published since 2008 omitted disclosing his funding sources, “and in at least eight of those cases, he appears to have violated ethical guidelines of the journals that published his work.”

“The [Southern] company was paying him to write peer-reviewed science and that relationship was not acknowledged in the peer-reviewed literature,” argues Davies.

Greenpeace has now written to the U.S. Internal Revenue Service and Congress arguing that Soon may have misused grants from the Koch foundation by trying to influence legislation.

Meanwhile, Soon has always denied that his industry funding influences his work.