Decades of Denial and Stalling Have Created a Climate Crunch 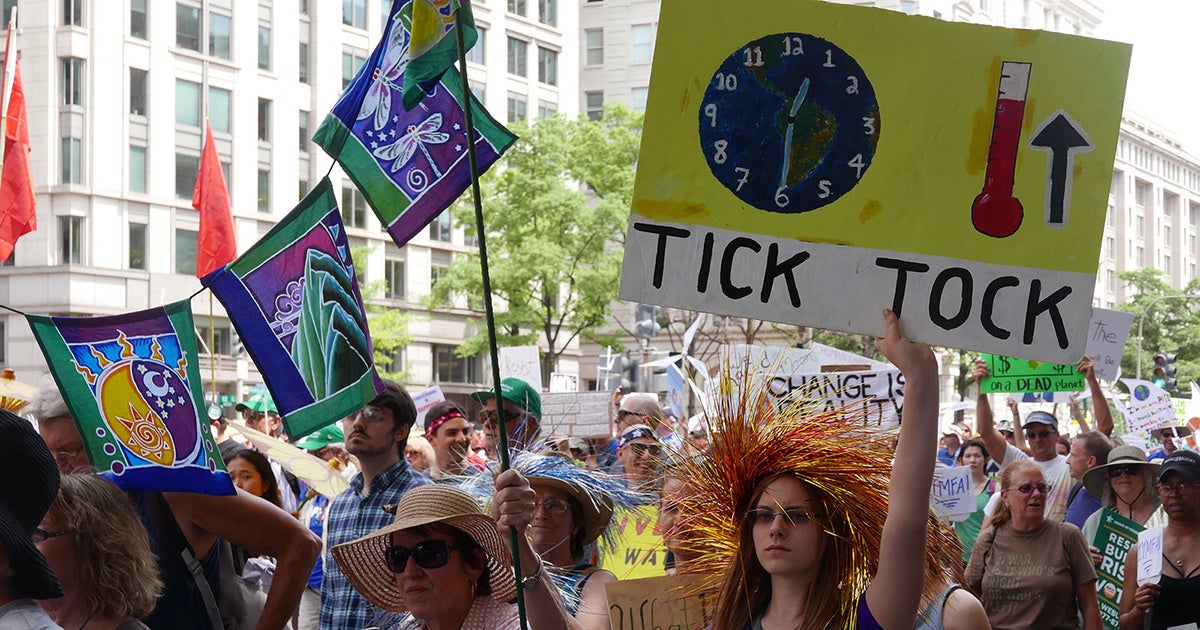 In a 1965 speech to members, American Petroleum Institute president Frank Ikard outlined the findings of a report by then-president Lyndon Johnson’s Science Advisory Committee, based in part on research the institute conducted in the 1950s.

“The substance of the report is that there is still time to save the world’s peoples from the catastrophic consequence of pollution, but time is running out,” Ikard said, adding, “One of the most important predictions of the report is that carbon dioxide is being added to the earth’s atmosphere by the burning of coal, oil and natural gas at such a rate that by the year 2000 the heat balance will be so modified as possibly to cause marked changes in climate beyond local or even national efforts.”

Many scientists were reaching similar conclusions, based on a body of evidence that had been growing at least since French mathematician Joseph Fourier described the greenhouse effect in 1824. In the 1950s, Russian climatologist Mikhail Budyko examined how feedback loops amplify human influences on the climate. He published two books, in 1961 and 1962, warning that growing energy use will warm the planet and cause Arctic ice to disappear, creating feedback cycles that would accelerate warming.

The predictions have proven to be accurate, and evidence for human-caused global warming has since become indisputable.

What happened? Over the ensuing decades, the fossil fuel industry didn’t try to resolve what it knew would become a crisis. Instead, it worked to downplay and often deny the reality of climate change and to sow doubt and confusion. Knowingly putting humanity—and countless other species—at risk for the sake of profit is an intergenerational crime against humanity, but it’s unlikely any perpetrators will face justice.

Still, warnings from researchers worldwide started to sink in. In 1988, NASA scientist James Hansen told a U.S. congressional committee, “Global warming has reached a level such that we can ascribe with a high degree of confidence a cause and effect relationship between the greenhouse effect and observed warming. It is already happening now.”

People in the U.S. and elsewhere started to demand action on climate and other environmental challenges. Political leaders from George H.W. Bush in the U.S. to Margaret Thatcher in the U.K. to Brian Mulroney in Canada started jumping on the “green” bandwagon—in word if not always in deed.

Had we heeded early warnings and had political representatives done more than talk, we likely could have addressed the problem with minimal societal disruption. But the industry-funded denial machine, which continues today, has been effective. Concern about climate change and other environmental issues has diminished as the problems have intensified. Politicians continue to think in terms of brief election cycles, focusing on short-term gains from exploiting fossil fuels rather than long-term benefits of conserving energy and shifting to cleaner sources.

Meanwhile, greenhouse gas emissions continue to rise and carbon sinks like forests and wetlands are still being destroyed. Even if we stopped using fossil fuels tomorrow, we’ve emitted so much carbon dioxide and other greenhouse gases that we wouldn’t be able to avert worsening of the consequences already happening. But we still have time—albeit very little—to ensure the problem doesn’t become catastrophic. The Intergovernmental Panel on Climate Change, which is conservative in its estimates, gives us about 12 years to take decisive action.

And yet, some people still deny or downplay the problem, or argue we have to shift slowly, even though they seem reluctant to start what could have been a gradual transition had we started a half-century ago.

Canada, China and Russia are the worst offenders. A report published in Nature Communications ranked the climate plans of various countries and concluded that if the world followed our climate policies, we’d face a catastrophic rise in global average temperature of 5 C by the end of the century. The U.S. and Australia weren’t far behind.

We have to do better. Many people, especially politicians, say we can’t shift from fossil fuels overnight. That may be true, but if we don’t start, we’ll never get there. With a federal election less than a year away, it’s up to us all to ensure every political party makes climate change its highest priority and has a realistic plan to address it.