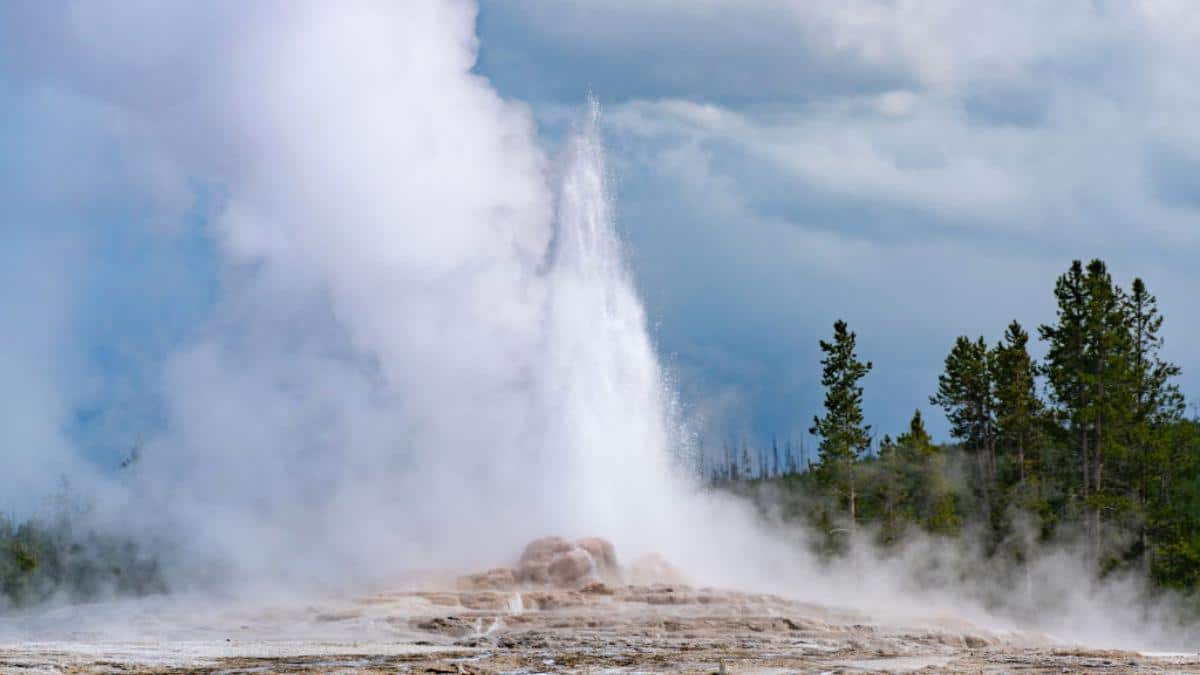 The climate crisis is here, and it is already transforming one of the most iconic national parks in the U.S.

That’s the conclusion of the Greater Yellowstone Climate Assessment, a collaboration between university and government researchers published Wednesday that assessed how warming temperatures have already impacted the iconic park and its surroundings, and may continue to do so in the future.

“Greater Yellowstone is valued for its forests, rivers, fish and wildlife,” U.S. Geological Survey (USGS) scientist and report co-lead author Steve Hostetler said in a USGS statement. “The trend towards a warmer, drier climate described in this study will likely affect ecosystems in the region and the communities that depend on them.”

The scientists — who hailed from the USGS, Montana State University and the University of Wyoming — first studied how the park and its surroundings had changed between 1950 and 2018. They then used models to predict how it would change through the end of the century depending on how many more greenhouse gases are released into the atmosphere.

The rising temperatures are already having an impact on the park’s snowpack. Since 1950, the average snowfall has declined by 23 inches, and significant snowfall in June and September is now rare.

This is already impacting park visitors, Superintendent Cam Sholly told The AP. People like to visit the park beginning in November and December to snowmobile, but in recent years, there hasn’t been enough snow on the ground for winter sports until January.

The high temperatures and reduced snow increase the risk of drought. In fact, Yellowstone’s snowpack feeds cities as far away as Los Angeles, The Guardian pointed out. Snow is already melting earlier, which has bumped up peak streamflow by eight days since 1925 and led to drier summers, which in turn increase wildfire risk, according to the USGS.

In the future, higher temperatures could dry out the soil, which could in turn create ideal conditions for wildfires and drought. Such changes could have a profound impact on the park’s ecosystems, according to The Guardian. Fires, for example, could burn down forests that may transition into grasslands instead of recovering.

The drought conditions could lead to a future in which Old Faithful fails to live up to its name, The AP reported.

In the past, droughts have interrupted the geyser’s ability to shoot water into the air at regular intervals. This could happen again if droughts become more common.

Because Yellowstone National Park draws millions of visitors every year, it is also vital to the economy of the surrounding region. Anything that alters the park therefore has the potential to impact local and regional economies, Sholly pointed out in the report.

Further, changes to its plant and animal life would have repercussions for the Indigenous communities who have lived in and around it for thousands of years.

“Climate change has the potential to fundamentally change the ecological processes that have defined and supported the tribes’ unique life ways,” Chad Colter, director of the fish and wildlife department of the Shoshone-Bannock Tribes, told The AP. “This creates an urgent need to build climate resilience to protect and preserve those resources for future generations.”

Creating that kind of resilience is one reason the report was written, according to Sholly.

“To mitigate the impacts, Yellowstone National Park and its partners are developing climate response strategies that better incorporate climate data and projections into planning, operations, and program management efforts,” he said in the report’s foreword. “We continue to develop new tools to provide realistic assessments of climate vulnerabilities and coordinate actions needed to better understand and respond to these changes.”