Is It ‘Climate Crisis’ or ‘Climate Change’? The Guardian Updates Its Style Guide 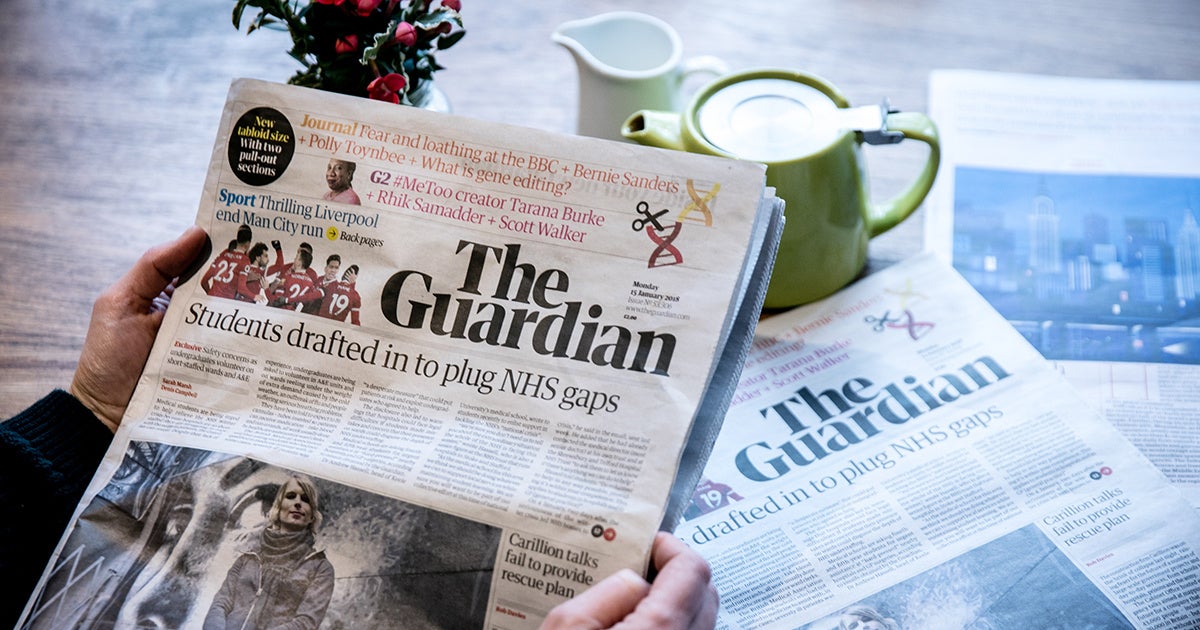 The Guardian is changing the way it writes about environmental issues.

In an update to its house style guide reported Friday, the paper now recommends writers use “climate emergency, crisis or breakdown” instead of “climate change” and “global heating” instead of “global warming.”

“We want to ensure that we are being scientifically precise, while also communicating clearly with readers on this very important issue,” Editor-in-Chief Katharine Viner explained. “The phrase ‘climate change,’ for example, sounds rather passive and gentle when what scientists are talking about is a catastrophe for humanity.”

The changes were also emailed to staff and added to the online style guide the same day, Carbon Brief Director and Editor Leo Hickman reported on Twitter. Other changes include replacing “biodiversity” with “wildlife,” “fish stocks” with “fish populations” and “climate sceptic” with “climate science denier.”

The Guardian's editor has just issued this new guidance to all staff on language to use when writing about climate change and the environment… pic.twitter.com/yylPXJzdbc

“The OED defines a sceptic as ‘a seeker of the truth; an inquirer who has not yet arrived at definite conclusions,'” the new style guide reads. “Most ‘climate sceptics,’ in the face of overwhelming scientific evidence, deny climate change is happening, or is caused by human activity, so denier is more accurate.”

Writing for journalism think tank the Nieman Lab, Laura Hazard Owen noted that The Guardian was ahead of the curve in paying attention to climate change, pointing to its decision to include carbon dioxide concentrations in its weather reports.

“Wording around climate really does matter, and though The Guardian’s changes are technically small, they may help reinforce the importance of climate reporting in the minds of both readers and newsroom staff,” she wrote.

The Guardian said the changes were in response to a number of political and scientific developments, among them

1. The October 2018 Intergovernmental Panel on Climate Change report that found that carbon dioxide levels needed to fall by nearly half by 2030 in order to limit warming to 1.5 degrees Celsius above pre-industrial levels and avoid catastrophic impacts.

2. A May UN report warning that biodiversity and natural systems were declining across the globe, putting the human societies that rely on them at risk.

3. The use of the term “climate crisis” by United Nations Sec. General António Guterres and climate scientist Prof. Hans Joachim Schellnhuber, who has advised Angela Merkel, the EU and the pope.

4. The UK Parliament’s declaration of a climate emergency this month.

“It’s 2019. Can we all now please stop saying “climate change” and instead call it what it is: climate breakdown, climate crisis, climate emergency, ecological breakdown, ecological crisis and ecological emergency?” she asked on Twitter this month.

It’s 2019. Can we all now please stop saying “climate change” and instead call it what it is: climate breakdown, climate crisis, climate emergency, ecological breakdown, ecological crisis and ecological emergency?#ClimateBreakdown #EcologicalBreakdown

Scientists had mixed responses to the changes, according to quotes assembled by the Science Media Centre.

“We have a decade to change how humanity abuses the Planet. The climate and environmental emergency declared by the UK Parliament is real. The language we use to discuss the greatest challenge facing humanity must reflect the urgency and the importance,” University College London Climatology Prof. Mark Maslin said. “The Guardian new editorial guidelines show a clear understanding the world has changed and the zeitgeist generated by Extinction Rebellion, and the climate school strikes.”

However, others said the new terms were too value-laden to be truly scientific.

“In my view, ‘Climate emergency’ and ‘climate crisis’ are a matter of opinion, not science. They are to do with how people & society view climate change and whether / how to respond. individuals will have personal views on these but they are not scientific terms,” Met Office Fellow Prof. Richard Betts said. “‘Climate breakdown’ seems more like an attempt at a scientific term, but it implies a judgement on what an ‘unbroken’ climate is. Scientifically I don’t think there such a thing though. There are ranges of climate conditions to which humans are adapted, and we will obviously be in big trouble if the climate moves out of those ranges, but that’s still not really the same as the climate ‘breaking down.'”

It was Betts who inspired The Guardian to replace “global warming” with “global heating.”

“Global heating is technically more correct because we are talking about changes in the energy balance of the planet,” he said at the UN climate summit in Katowice, Poland last December, as The Guardian reported.

Betts clarified the difference between the terms for the Science Media Centre.

“I think Global Heating describes the process — changing the Earth’s energy balance. It implies attribution,” he said. “Global warming (the rise in temperature) is the consequence of global heating. So, both are OK, it depends exactly what you mean.”