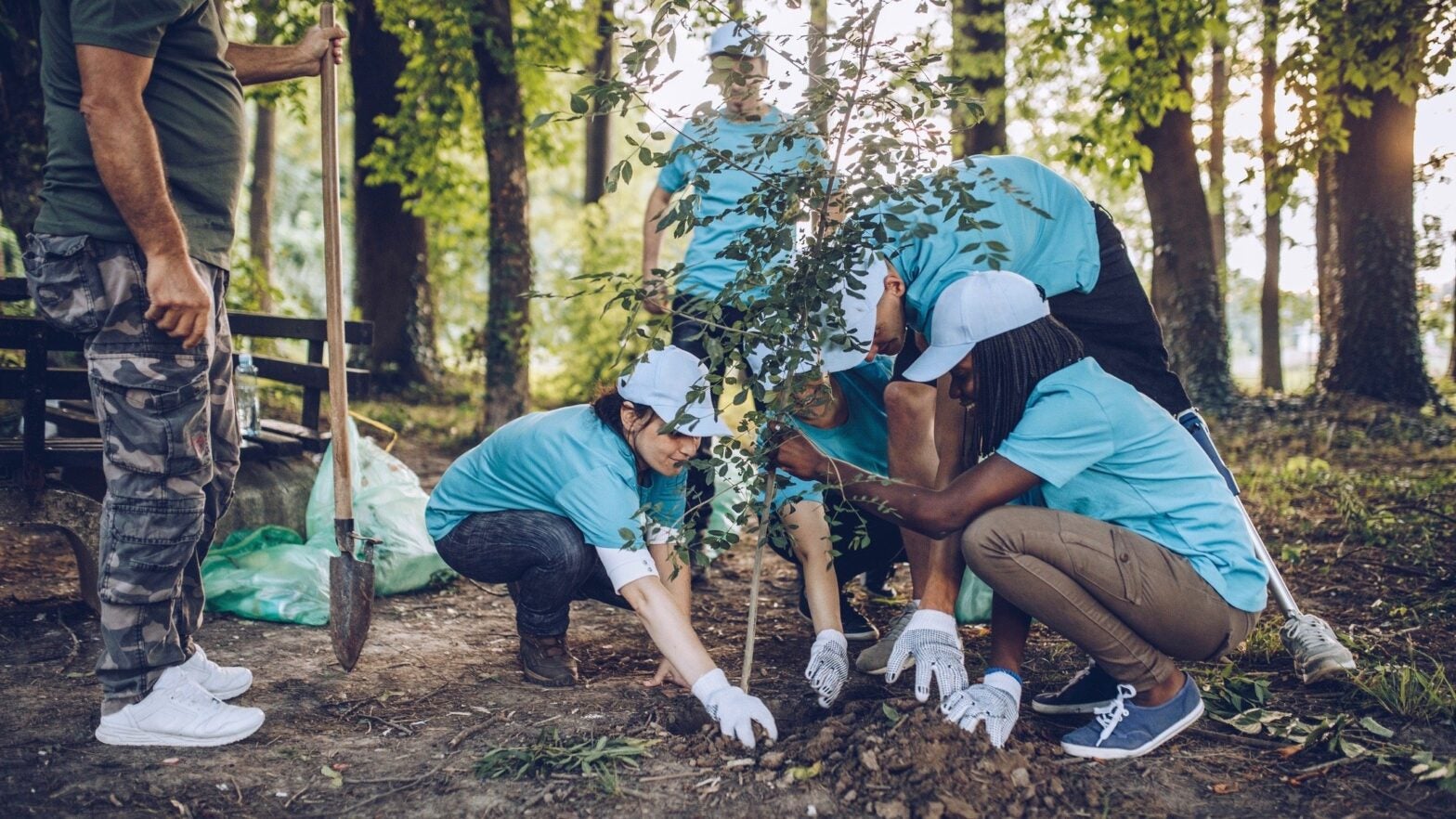 Killer hurricanes, devastating wildfires, melting glaciers, and sunny-day flooding in more and more coastal areas around the world have birthed a fatalistic view cleverly dubbed by Mary Annaïse Heglar of the Natural Resources Defense Council as “de-nihilism.” One manifestation: An increasing number of people appear to have grown doubtful about the possibility of staving-off climate disaster. However, a new interactive tool from a climate think tank and MIT Sloan shows that humanity could still meet the goals of the Paris agreement and limit global warming.

By itself, a carbon tax rising to around $200 per ton of emissions would bring the world about halfway to the Paris goal, according to the En-ROADS interactive tool developed by the MIT Sloan School of Management and Climate Interactive. Countries would also need to implement other aggressive climate policies targeting the many different sectors of the economy that generate large-scale greenhouse gas emissions. The tool allows a user to figure out how:

Carbon Taxes Seen as the Most Effective Tool

According to Climate Interactive’s climate and energy lead, Ellie Johnston, “Behind En-ROADS is a system dynamics model that weaves the interdependencies and feedbacks of our global climate system with the actions that we need to take globally to address climate change.”

The simulation begins with a default business-as-usual scenario leading to 4.1 degrees Celsius (7.3 degrees Fahrenheit) global warming above pre-industrial temperatures by the year 2100. This outcome is essentially a worst-case scenario, assuming that current worldwide climate policies and pledges (which would limit warming to approximately 3 degrees C, or 5.4 degrees F) are not successfully implemented. For context, the international Paris agreement set a target of no more than 2 degrees C (3.6 degrees F) global warming, whereas 3 to 4 degrees C warming would likely result in disastrous climate change consequences.

In the En-ROADS simulator, taxing carbon pollution is the single most effective way to bridge the gap between business-as-usual warming and the Paris target. A strong global carbon tax that eventually rises to around 0 per ton of carbon dioxide would reduce global warming from 4 to approximately 3 degrees C by 2100, erasing half of the difference between the two scenarios. The carbon tax makes already-expensive coal even costlier, accelerating its replacement by renewables, and also increases consumer demand for more energy-efficient products that become comparatively cheap as fossil fuel energy prices rise. According to a recent International Monetary Fund report, a carbon tax of per ton would more than triple the price of coal and increase natural gas prices by 70 percent, with gasoline prices rising by about 70 cents per gallon.

A growing body of climate economics research supports a robust carbon tax. For example, an October 2019 study in the Proceedings of the National Academy of Sciences focusing on risk and uncertainty concluded that the appropriate carbon tax is more than 0 per ton of carbon dioxide, most economically efficient if immediately implemented at that high price. As co-author Gernot Wagner at New York University described their results, “taking risk and uncertainty seriously — and applying standard tools from financial economics — dramatically increases today’s carbon prices. It also reverses carbon price paths over time: high today, declining over time.”

Experts for some time have debated the best way to structure a carbon tax. Some argue that the price should start low and increase over time in order to give consumers a period to adjust, thus making the tax more politically palatable. The new PNAS study argues that from a risk management perspective, the carbon tax should start high because emissions will then fall quickly, reducing the risk of catastrophic outcomes. As Wagner put it, “folks in 2300 will know more about the climate in 2300 than we know today. Uncertainty resolves itself over time.” In the meantime, the reasoning follows, prudent risk management requires taking aggressive steps to avoid a possible climate catastrophe.

However, there are limits to how effectively carbon taxes alone can cut emissions. An assessment by scientists at Columbia University and the Rhodium Group of a specific carbon tax bill introduced to Congress — the Energy Innovation and Carbon Dividend Act — found that its rising carbon price would reduce U.S. greenhouse gas emissions 37 percent below 2005 levels by 2030. That result would more than double the 16 percent that American emissions are anticipated to fall during that same period under current policies. However, the analysis found that the bulk of these emissions reductions would come from the electricity sector, while carbon pollution from other sectors like transportation would remain relatively high. For example, the resulting increase in gasoline prices by around per gallon on its own would be insufficient to dramatically reduce American vehicular fuel consumption.

Similarly, the En-ROADS model also shows that a carbon tax alone would dramatically reduce the share of energy generated by coal, leading to continued high emissions as a result of more oil and gas production.

Oil consumption can be reduced in the En-ROADS model by strengthening vehicle fuel efficiency and electrification policies. In the real world, this approach translates to policies like vehicle fuel economy standards, which can mandate increased efficiency and thus accelerate the transition to electric vehicles. Projects to improve and electrify public transportation systems can also reduce demand for oil. Natural gas consumption can similarly be reduced by expanding energy efficiency and electrification of buildings and industrial activities. Together, the En-ROADS model suggests that these steps could curb global warming by one-half a degree Celsius.

Slowing deforestation, planting more trees, and cutting emissions of non-carbon dioxide greenhouse gases like methane could cut another 0.5 degrees C or more off global warming by 2100. Combined with a carbon tax, these policies could achieve the Paris climate targets, if implemented globally. However, the En-ROADS tool illustrates just how difficult it will be to meet those goals, and how many different large-scale policies must be implemented to do so.

Meeting the Paris targets would require that countries around the world soon begin implementing aggressive climate policies targeting the many different sectors of the economy that generate large-scale greenhouse gas emissions. Pricing carbon pollution is one of the single most effective steps to curb emissions, but achieving the Paris goals will require additional complementary policies.